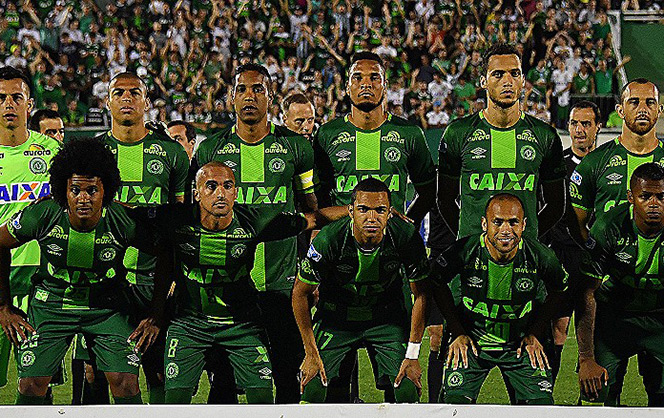 The tragic plane crash that has rocked the world with sadness, is being honored in many ways.

The team plays in the Brazilian top league, Campeonato Brasileiro Série A, and were on their way to play the first leg of the Copa Sudamericana final, which was to be the biggest game in the club’s history.

On Monday night, the plane carrying the team to Medellin, Colombia went down, killing 71 of the 77 people on board. Only three members of the soccer team survived.

EA has offered the kit of Chapecoense to support the club by giving everyone with the game a free badge and kit, this comes after the FIFA Reddit began requesting the team be added.

Have Some Time To Watch Persona 5 In English?

Here Are Your PlayStation Plus Free Games In December