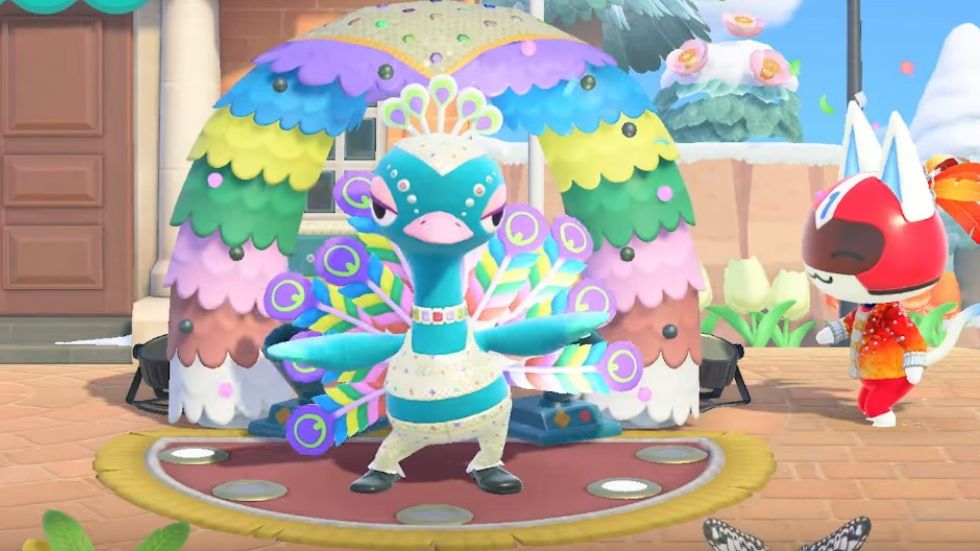 While we’re still in the thick of winter (and today in Toronto proves it with a massive snowstorm) in real life, that doesn’t mean your video games need to be blanketed in snow. A new update for Animal Crossing: New Horizons is looking to add some colour to things and it’s coming in the form of Festivale!

The event is set to begin on January 28, and it’s the latest seasonal content to come to the game. In Festivale, you’ll feel the heat and colour of the event with dancing and feathers. On Feb. 15, Dancer Pavé will arrive to your island’s plaza to usher in some confetti and carnival spirit. When Pavé arrives colourful feathers will float around your island and you can use your net to capture them, these can be traded for items. And if you see a rainbow feather, be sure to nab it is it is rare.

You’ll also unlock new reactions like The Viva Festival Reaction Set which can be purchased with Bells at Nook’s Cranny and includes Feelin’ It, Let’s Go, Viva and Confetti. There are also new clothes to pick up on February 1 from the Able Sisters shop. Lastly, as it is February, you can also nab some heart-shaped bouquets from February 1 to February 14 as well as items celebrating Groundhog Day and Big Game Celebration.