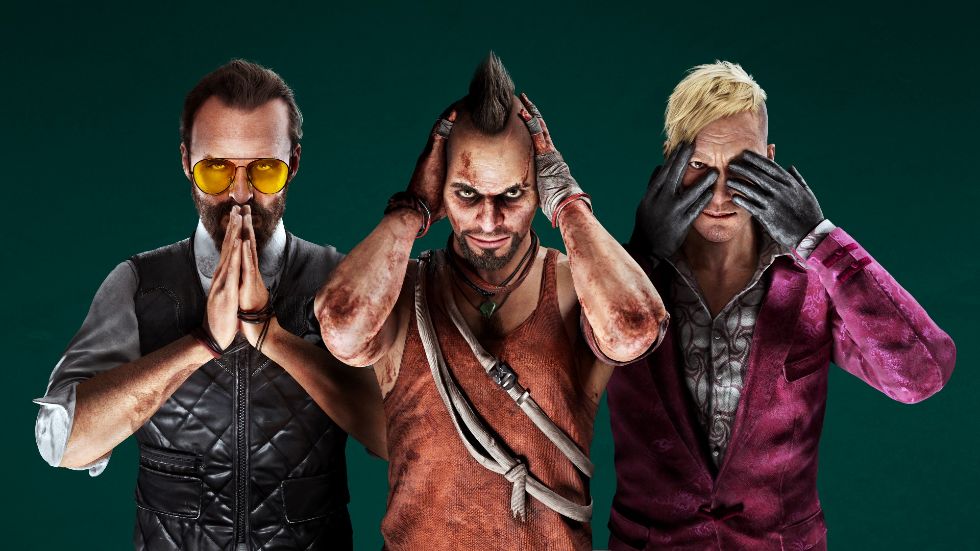 I was on board with Far Cry 6 from the beginning because of the inclusion of Giancarlo Esposito. Ever since his portrayal of Gus Fring, I’ve followed his career, enjoying some of his best performances on television and film, including Moff Gideon and Tom Neville.

You’ll play as the three villains while exploring their backstories, battling their inner demons and even reunite with familiar faces from each game. Ubisoft says the content uses roguelike mechanics to tell the story and you need to survive multiple levels of the villain psyche.

That isn’t all you’re getting as part of the season pass. To celebrate the Netflix reveal of a new anime set in the Blood Dragon universe, Ubisoft is releasing Far Cry 3: Blood Dragon in a Classic Edition. Players will travel back in time and play as Sergeant Rex Colt, part man, part machine and take down their former commanding officer and his battalion of ruthless killer cyborgs.