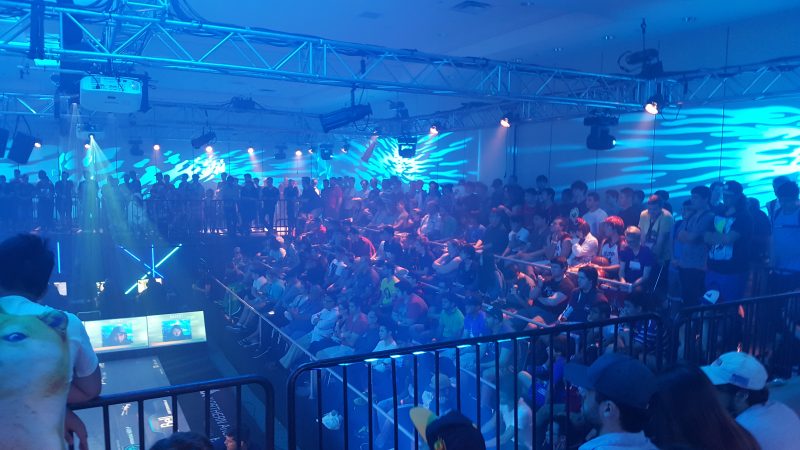 Toronto Fan Expo 2016 officially touchdown was on September 1-4 at the Metro Convention Centre and just like every year it didn’t disappoint. Fan Expo is Canada’s largest sci-fi, horror, comic, gaming and anime event and the third largest pop culture event in North America. This massive celebration of everything geek culture attracts over 129,000 like-minded people from all around the world. Although it’s four days long, there is so much that would be hard to pack into one article! So instead, here is a list of the best of the best of Fan Expo 2016. The most exciting experience for gamers this year was the Northern Arena LAN Finals at the convention. With its first event last year at the 2015 Canadian Video Game Awards, Northern Arena has come a long way in offering Canadians a platform that is authentic to the eSports community and experience. After weeks of qualifying the best eSports gamers in HearthStone, Clash of Royale and CS:GO battled it out for the title and their cut of the prize pools totaling over $100,000. I’ve attended a few eSports events in the past and I have to say I was thoroughly impressed by Northern Arena. They were able to bring the fans to the players with every showdown having a full house; as well as opportunities for fans to get their favourite players autographs. Also ASUS set up their booth to give you a look at PCs built for pros and the casters were up close to fans, for the best spot to catch the commentary. Northern Arena did a great job of bringing eSports gamers of different ages and experience together while maintain the respect players and the community deserves. I enjoyed this event and look forward to it next year at Fan Expo. All that any gamer can talk about is virtual reality (VR) and Fan Expo gave the perfect opportunity to experience various headsets and titles hitting VR soon. The much talked about Batman Arkham VR was showcased at Warner Bros. booth and anyone could take part but it was by appointment only. Unfortunately if you didn’t book on the first day then you were out of luck. Although I did like Warner Bros appointment format, it was unfortunate that on the first day they were fully booked for the weekend. But if you got a chance to test out the experience you would have left feeling like you were invincible or at least that the bat mobile was your ride home at the end of the day. Playstation VR was another experience offered at Fan Expo, the lines were long but you had more games to pick from. I hate horror but I decided to take one for the team and played Until Dawn’s Rush of Blood. The Playstation VR headset is very comfortable and lightweight, definitely one of the best on the market. It feels like I wasn’t wearing a headset and using Playstation Move controls for this shooter had my senses completely tricked. I was screaming and terrified but glad that I experienced it; and I can’t wait to see more from Playstation VR, maybe minus the horror next time! Aligning close to the celebration of Star Trek 50th Anniversary Fan Expo planned events catered to Star Trek Fans. At Fan Expo there was a Star Trek booth that featured different figures from Next Generation, Deep Space Nine, Voyager, etc. It also featured really cool memorabilia displayed; as well as Canadian Mint special coins in celebration of Star Trek. The best interactive experience was the Canada Post’s teleporter that gave fans the opportunity to be beamed up! On top of the Star Trek booth other brands also celebrated Star Trek’s 50th anniversary like Megabloks that had Spock and the captain’s chair made of Megabloks ready for photo-ops. Fan Expo also had George Takei, William Shatner and Nichelle Nichols in attendance and they spoke at a panel giving fans an inside scoop at the series that started it all!

Bittersweet, fans at Fan Expos were able to say their goodbyes to the Mr. Comicbook himself, Stan Lee. Making his final Canadian appearance, fans were able to take part in multiple opportunities to meet Lee. At 93 he decided he was going out with a bang by attending all four days at the convention. Aside from the regular autograph and photo-ops, fans were also able to sit in on his panel and have breakfast with the man himself. Excelsior!!! Fan Expo never disappoints on the amount of swag that companies hands out for you to take home for free. Yeah! EB Games is notorious for being the king of giving back to fans and again they held up this year. If you headed to their Gamer Zone booth you were able to pick up an Assassins Creed Unity bags and posters, I got a really cool Dragon Ball Xenoverse poster. Also, for the first year I decided to take part in one of their many giveaway tosses. This is when they literally toss free swag into the crowd. Even though the large crowd was a bit intimidating and I had to take on people pushing me. I did manage to walk away with a Pac-man ghost plush that usually retails for $20, definitely worth it! If line-ups aren’t your thing then the Dead Rising 4 booth is for you. You took a picture with Zombie Santa and not only walk away with a cool festive photo-op, but I also got a Christmas Tree Dead Rising decoration! Cartoon Networks Powerpuff Girls booth was one everyone was eyeing. Now for this you needed to be very dedicated as some people lined up for two hours. However the reward was very original and customizable for each person. People were able to customize their own Powerpuff Girl or Boy, similar to the phenomenon that hit social media a few months back, but this time your character was printed on a canvas bag. These booths are definitely ones I’ll be visiting again next year. Stay tuned to our YouTube channel for more about Playstation VR and Northern Arena!