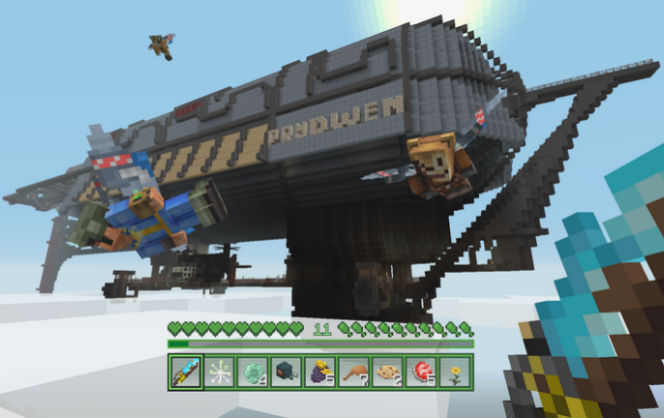 Fallout Is Coming To Minecraft Later this month, players will be able take Minecraft to the post-apocalypse. The Fallout Mash-Up Pack is coming to Xbox One, Xbox 360, PlayStation 4, PlayStation 3, WiiU and PlayStation Vita.

Working in the depths of their bunker complex, the Minecraft team has been busy blasting Minecraft’s glorious overworld into an irradiated wasteland, fit for Fallout fans to wander – complete with mutants, ghouls, madmen and the like. To help players look the part, we’re bringing 44 skins based on beloved characters from the series (Vault Boy, anyone?). We’re even giving the UI a retro-futuristic overhaul in honor of the Pip-Boy!

The pack will release sometime later this month and will be priced at $5.99 USD.