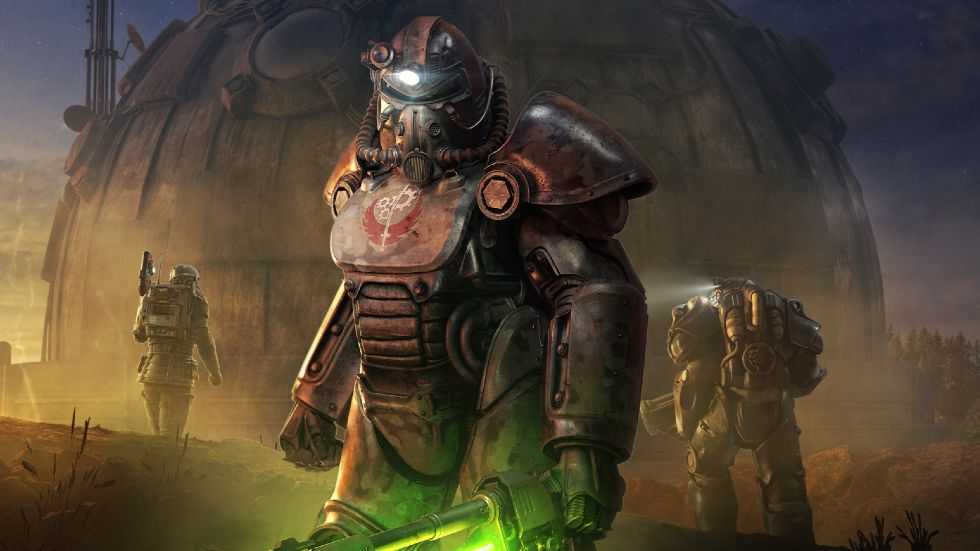 Bethesda Games Studios has revealed a roadmap of content set to arrive over the course of the next several months, according to a new infographic announced today. 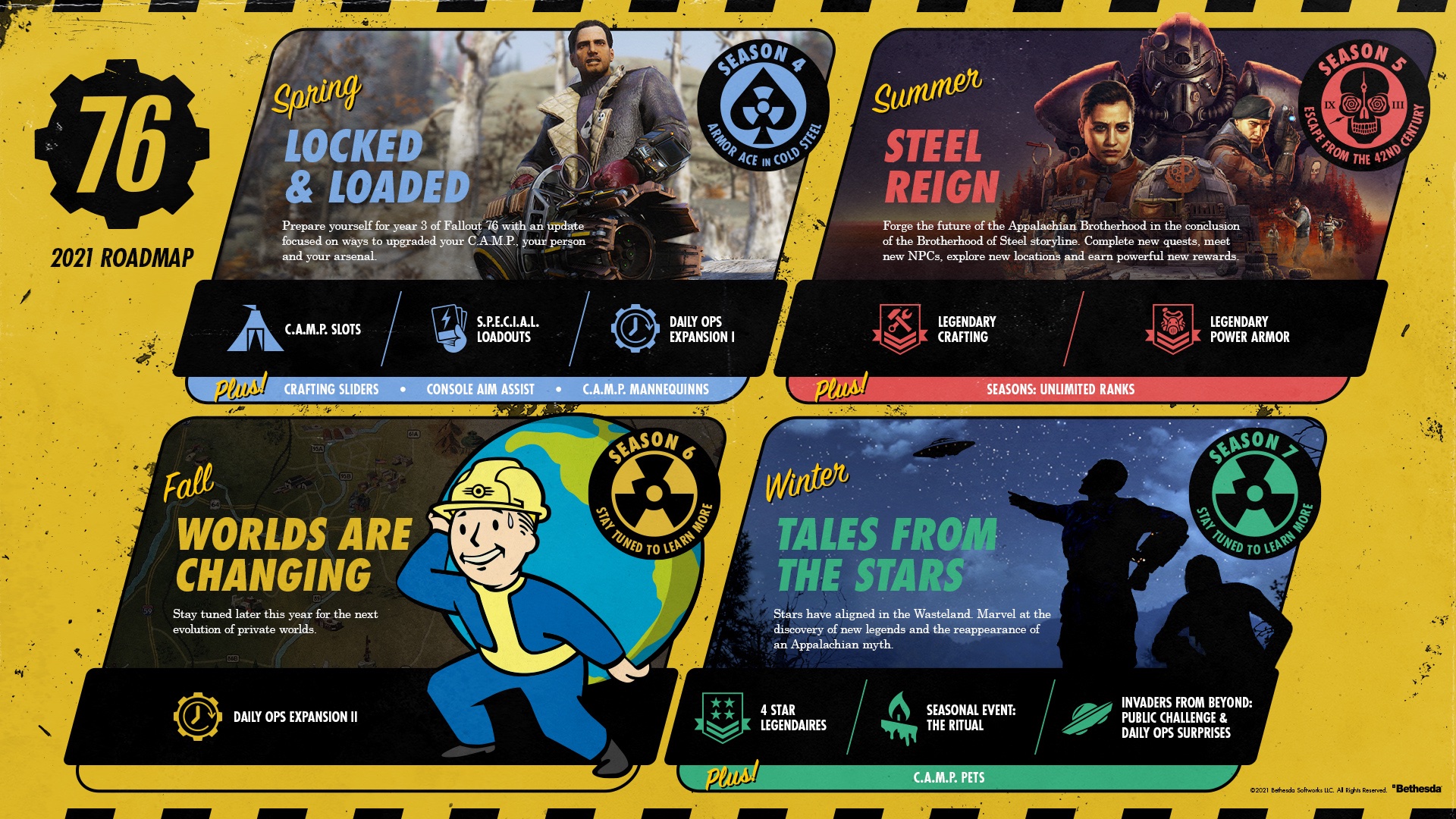 Starting in Spring 2021, the first bit of the roadmap will go live and it is called Locked and Loaded and introduces S.P.E.C.I.A.L. Loadouts, C.A.M.P. Slots, Mannequins, and an all-new Daily Ops expansion. If you play on PC, you can check out the new test features through the Bethesda.net launcher via the PTS servers.

Armour Ace returns, and you’ll battle against Commissioner Chaos and the Yukon Five.

Then, in Summer 2021, you’ll be able to continue the Steel Reign storyline as the Brotherhood of Steel arrives in the Appalachia and you are free to tackle new quests, locations, gain new rewards and speak to NPCs. You’ll have to pick a side but be warned, your choice shapes the Wasteland.

In Fall 2021, Private Worlds will finally arrive in Fallout 76. Right now there is little information about them but Bethesda promises to address them in the coming months.

Lastly, in Winter 2021, players can pick up four-star Legendary Weapons and Armor along with the arrival of the highly-requested and anticipated C.A.M.P. Pets. Coming as a new event, you’ll tackle new dangers that are literally out-of-this-world and as part of a Public Challenge called Invaders from Beyond, you’ll unite with others to complete challenges.

The Cultists of Appalachia are up to something sinister in a brand-new Seasonal event: The Ritual. Help the cultists in Point Pleasant prepare an exciting and dangerous ritual, and they’ll repay you with unique rewards.