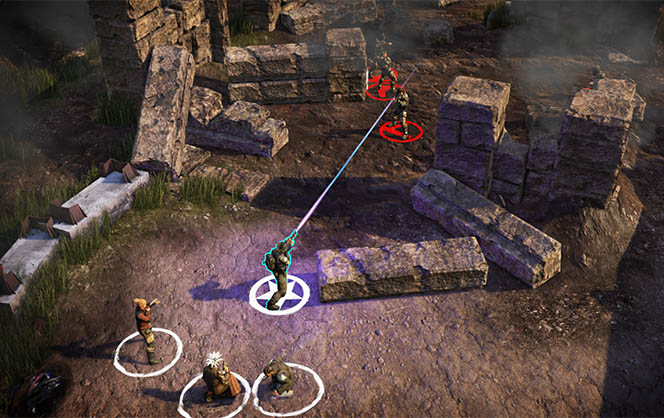 Wasteland 2: Director’s Cut is coming to the Xbox One and the PlayStation 4 this fall! Publishers Deep Silver and inXile announced today that the sequel to the best selling post-apocalyptic PC title would be available on October 13th in North America.

The Director’s Cut is an upgrade of the last year’s PC release, featuring enhanced environments, improved textures and lighting, higher-quality character models, and allows players to advance their Ranger with RPG-style upgrades and customization. Sounds have been improved, including a variety of sounds for the game’s weapons, and new voice overs with thousands of lines for the NPC’s. The gameplay features turn-based tactical combat, giving the players’ experience tackling the mutants, raiders and robots of the Wasteland, in squad-based combat encounters. On top of all that craziness, the player is given hundreds of options and consequences, based on their choices; so basically, every player’s experience will vary! And if THAT doesn’t get you excited, maybe the fact the gameplay is 80-100 hours long, with thousands of customization options for your Rangers’ appearance, and more than 150 weapons to choose from, will!

If you feel you can handle life in the Wasteland, you’re going to have to wait till October 13th for Wasteland 2: Director’s Cut to put yourself to the test!