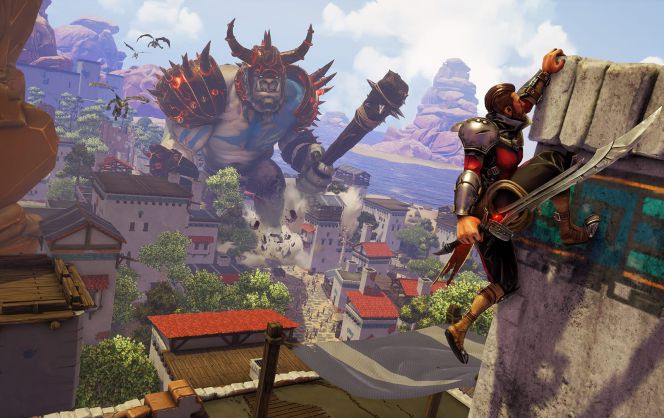 Iron Galaxy has released a new video for their upcoming game, Extinction, which is set to launch next year. Derek Neal, speaks about the skills and strategy you’ll find and utilize when you start the game.

Playing as the Avil, Iron Galaxy has made it so that choices matter in their game, with Avil being able to save and transport civilians. He can also face off against Jackals and Vultures who are regular enemies, however, its when he faces off against the armored Ravenii that he needs to pay attention.

As seen in the Skills & Strategy video, there are a number of upgrades obtained through the game’s skill tree that will aid Avil tremendously, giving him an advantage over the many elite Ravenii he will battle. Some of these include the Rune Slowdown and Air Recovery abilities. One of the most important skills in the game, Rune Slowdown allows Avil to essentially freeze time, buying a few precious seconds to focus on a particularly difficult task. Air Recovery allows you to regain control when you fall or are knocked down, which will help you stay atop an ogre long enough to plan your next maneuver. This makes it a valuable skill to employ once you’ve successfully made contact with a Ravenii’s body.