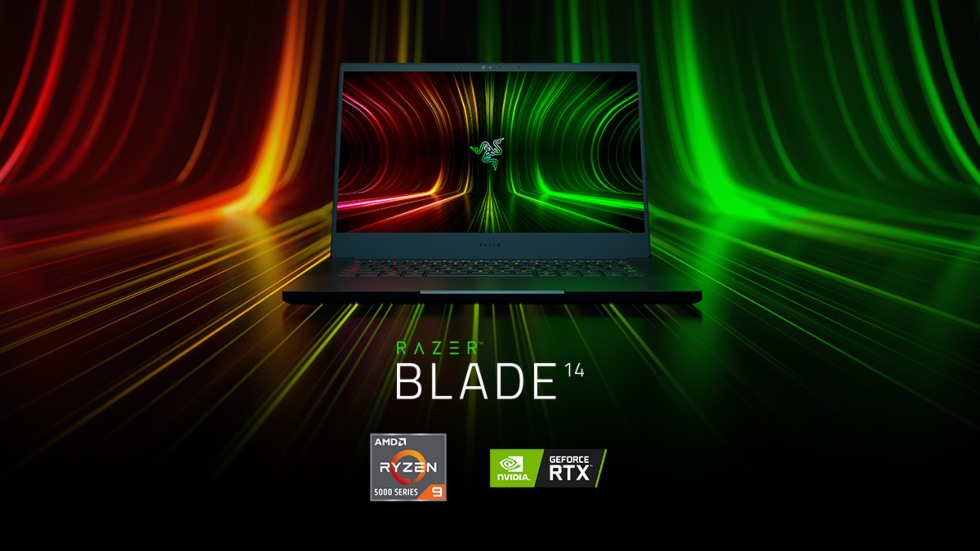 Everything Shown During Razer’s E3 2021 Keynote

Today, Razer held its E3 2021 keynote. Promising to show new hardware and products players can look forward to in 2021 and beyond. We’ll highlight some of the announcements the company made during its presentation.

During the keynote, Razer announced its next flagship product, the new Razer Blade 14. This will be the first Razer AMD laptop. It’s been announced that the two companies are working closely to put the best engineers from both companies to create the “ultimate AMD gaming laptop”. The Razer Blade 14 is, as you might have guessed, a 14-inch gaming laptop. A lot of time has passed since Razer released the first Razer Blade 14. The company believes it has innovated on performance and form factor.

The new device will sport the AMD Ryzen 5900HX CPU. The Razer Blade 14 will also feature an Nvidia GeForce RTX 3080 GPU and a QHD 165Hz display. Additionally, an FHD 144Hz option will be available. From a form factor perspective, the gaming laptop measures 12.59 x 8.66 x 0.66 inches. Razer has said that the new laptop will have up to 12 hours of battery life.

Another feature Razer is including is a built-in 720p webcam located at the top of the display. The laptop will also feature an RGB keyboard, which is fairly standard fair from Razer. The company’s logo will also be displayed on the front of the device as well.

Razer is redesigning what traditional power bricks could look like. Promising has downscaled its charger by 59 percent over competitors. The company has said that the Gan Charger is 17 percent shorter. Truthfully, it appears to be equivalent in size to a deck of cards. 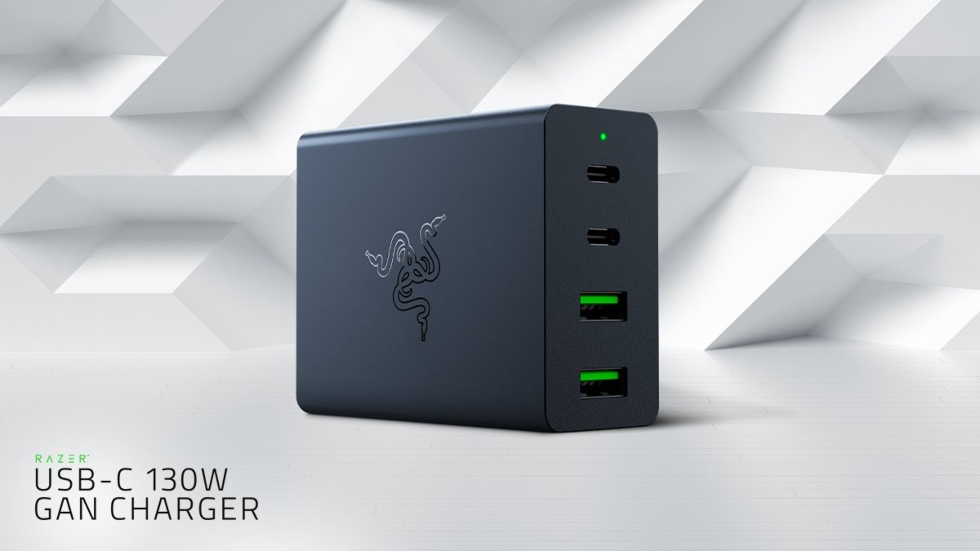 Razer touts that the charger is not exclusively a charger for laptops. The company revealed that the USB-C 130W Gan Charger can be used to charge four devices simultaneously. As long as it’s compatible with USB-C, the charger can work with laptops, smartphones, smartwatches, etc.

Preorders for the USB-C 130W Gan Charger are available now. The charge will cost $179.99 USD and shipping begins in the next 30 days.

Next up, Razer showed off its 27-inch IPS QHD display, the Razer Raptor 27. Razer’s new display provides up to 165Hz refresh rate and implemented tear-free adaptive sync thanks to NVIDIA G-Sync and is compatible with AMD FreeSync Premium. 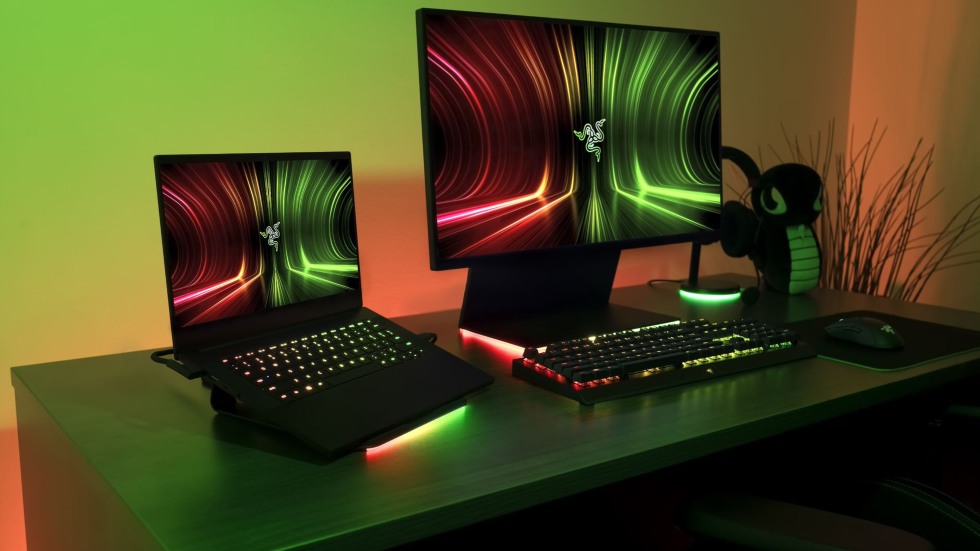 The Razer Raptor 27 sports a 95 percent DCI-P3 Color Space panel, featuring an HDR display. Impressively, it is also the first THX-certified gaming monitor. The monitor has a forced aluminum body, with a 90-degree tilt and enough ports for supporting additional monitors. Razer has even included a unique cable management system built into the monitor’s frame.

Razer has stated that it has been optimized for gaming modes, as expected. There will also be cinema modes available. It is also powered by Razer’s RGB Chroma. VESA compatibility will also be featured.

Preorders for the Razer Raptor 27 are available now for $799 USD. Shipments begin within 30 days.

During CES 2021, Razer debuted its RGB facemask and gained a lot of fanfare from the showing. At the time, Razer positioned the product as a proof of concept more than a product available to consumers. However, by popular demand, Project Hazel is now becoming a real product in Razer’s lineup. 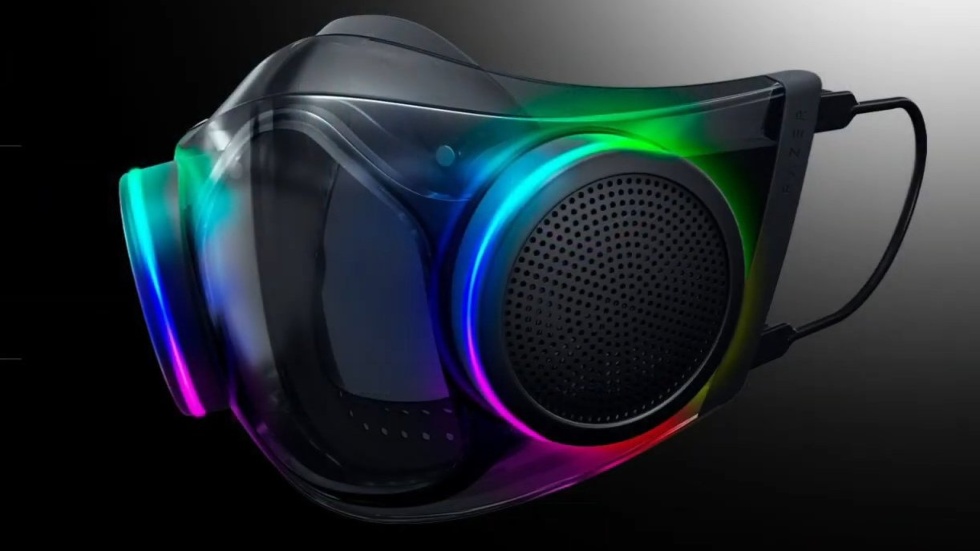 The development of Project Hazel is still early. Early on in the pandemic, Razer converted a facility to manufacture surgical masks, donating over 1 million to date. Learning from that endeavour, Project Hazel will utilize replaceable N95 grade filters. The mask will sport a secure silicon face seal. Additionally, Razer has ensured that it received a BFE rating.

Razer states that the transparent design first shown at CES will remain. Interior lighting will be implemented for low-lighting situations. Anti-fog is a big feature Razer discussed. This coating will ensure that the core social function of the mask is not diminished when in use.

Sustainability is a big focus for the company and so, Razer’s Project Hazel is a reusable mask design, cutting down on waste. Additionally, the filters last three times as long as single-use surgical masks.

Project Hazel will first ship in limited quantities. Sales will begin during early Q4 2021. Eager consumers can sign up for more info on Razer’s website.