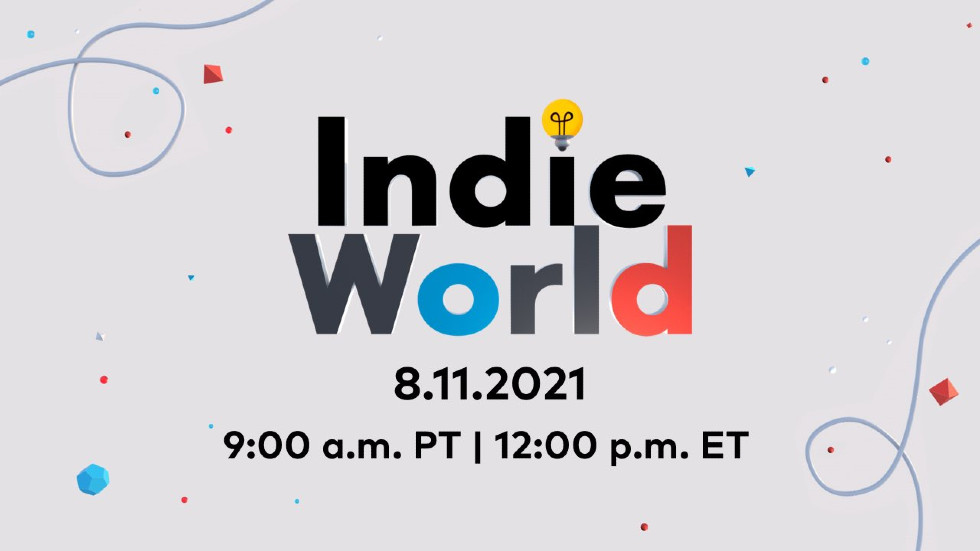 Yesterday Nintendo announced that today we would see a brand new Indie World Direct at 9:00 AM PT/12:00 PM ET with new games coming to the Switch. It’s looking likely that you’ll need to have your wallet on hand for at least one or two titles coming to the hybrid console – I know I have my Gold Coins ready for use after today’s reveal.

Although the event was no more than 20 minutes, we did see several games and a lot of them look great.

From Team Reptile comes Bomb Rush Cyberfunk to Nintendo Switch as a timed console exclusive in 2022. If you think it reminds you of Jet Set Radio, I wouldn’t hold it against you.

With the music of Hideki Naganuma powering you to dance, paint, trick, and face off against the cops you will need to start your own cypher.

From developer Something We Made comes Toem. Set off on a delightful expedition and use your photographic eye to uncover the mysteries of the magical Toem in this hand-drawn adventure game. Chat with quirky characters, solve their problems by snapping neat photos, and make your way through a relaxing landscape!

The once exclusive to PC Loop Hero is coming to Nintendo Switch this holiday season confirms Devolver Digital and developer Four Quarters.

Unlock and wield an expanding deck of mystical cards to position enemies, buildings, and terrain along the path of each unique expedition to piece together your brave hero’s memories and restore balance to the world.

Far: Changing Tides is from developer Okomotive and is coming next year to Nintendo Switch.

The game is described as an atmospheric vehicle adventure in the post-apocalyptic world first introduced in the award-winning FAR: Lone Sails.

Publisher Coconut Island Games and developer Route 59 are bringing Necrobarista: Final Pour to the Nintendo Switch. It is set in an afterlife coffee shop and is the definitive version of Necrobarista with hours of new content, upgraded visuals, and bonus modes.

Concord, the youngest grape in The Grove, is now a Guardian, and it’s their job to help restore the island. That’s a lot to shoulder for a grape barely off the vine and more than a few inhabitants are skeptical they have what it takes. Fortunately, Concord has friends like Elderberry, Rana, and Fuji on their side! With their help, you can take on the dangerous Rot and find ways to encourage other residents to assist in the efforts.

Embark on blossoming relationships with your weapon cuties as you capture their hearts in friendship and in love. In this light-hearted, fantastical shack-and-slash filled with adventure, improve your skills and fend off the monsters together because the couple that slays together, stays together.

Though a sequel to Axiom Verge, is a completely new game: new characters, new abilities, new enemies, and a new world. You can play it before or after the original Axiom Verge.

Part puzzler, part dungeon crawler, Shovel Knight has a new outing on the Nintendo Switch. An exclusive for the Switch version, you can use your Shovel Knight amiibos to summon the character in-game. Shovel Knight Pocket Dungeon arrives this holiday.

Dig in with your favorite heroes from the Shovel Knight universe when the action-packed puzzle adventure mashup Shovel Knight Pocket Dungeon by @YachtClubGames drops onto #NintendoSwitch this holiday! #IndieWorld pic.twitter.com/e6DnfIRX8q

Yacht Club Games is working with Vine to get Shovel Knight Pocket Dungeon out this holiday season.

The gameplay is all about planning and optimizing the layout of your city. There is no resource management, no skill trees and no unnecessary fluff, which is why some players describe it as the “Tetris” of city builders.

Dotemu is working on Metal Slug Tactics and was on hand during today’s Indie World Showcase to confirm the game is coming to Nintendo Switch. We got another look at the classic franchise moving into a new genre and it looks pretty wonderful. We saw a ton of familiar characters in the gameplay trailer including Marco, Eri, Fio, and Tarma and a confirmation that the game is launching in 2022.

We also saw a glimpse of the reliable heavy machine gun and devastating SVX-15D Slugnoid mech you’ll use in battles.

Probably my favourite reveal from today but Tetris Effect: Connected is coming to the Nintendo Switch! It arrives on October 8, 2021.

Enhance says the game has been adapted and optimized for the Nintendo Switch but includes over 30 stages and over 10 modes in single-player and also full co-op and cross-platform multiplayer.

Playing as Beatrix LeBeau, you set out for a life far away from Earth where you must learn to wrangle slimes for a living.

Developer Boneloaf is releasing their party game Gang Beasts on Nintendo Switch this Fall with a physical release slated for December 7.

Thundeful Publishing and developer Maschinen-Mensch are bringing their Journey to the Centre of the Earth x Dungeon & Dragons series Curious Expedition 2 to the Nintendo Switch. It’s available today and includes all the content from the PC version, with Director Mode and Club Competitions available.

Take on the role of an intrepid explorer, assemble your crew and head out into the unknown. On your expeditions, you’ll come across all manner of cultures, flora, fauna, treasures and more, ranging from the worldly to the altogether more… curious! Using a combination of hand-crafted and procedural gameplay and story elements, Curious Expedition 2 creates completely unique and epic adventures every time you play.

From the developer System Era, Astroneer is coming to the Nintendo Switch in early 2022.

Astroneer is set during the 25th century Intergalactic Age of Discovery, where Astroneers explore the frontiers of outer space, risking their lives in harsh environments to unearth rare discoveries and unlock the mysteries of the universe.

You’ll build custom bases either above or below ground, create vehicles to explore the solar system, and use the terrain to create anything you can imagine.

Publisher Armor Games Studios and developer FinalBoss Games are bringing LumbearJack to the Nintendo Switch in 2022.

Jack is a humble bear with a simple dream: to return nature to its former glory with the help of his trusty axe and his animal friends. Slice and dice through machinery, slap some sense into wasteful humans and work with wacky woodland critters to thwart the sinister plans of up-and-coming industrial giant Evil Works.

I’ve been obsessing over Eastward for a while now and today’s Indie World stream revealed it’s coming on September 16, 2021, as a timed console exclusive. From Shanghai-based indie developers, Pixpil comes a game set in the near-future where society has been sent underground because of toxins spreading across the land, destroying everything in its path.

Eastward has you exploring a weird world going cross-country while fending off beasts and bosses and the ability to swap between protagonists Sam and John. John is partial to a flamethrower while Same uses kinetic blasts to battle enemies.