Xbox and Bethesda Games Showcase is behind us, and what a show it was!

With a lot that we’ve seen before, and a lot still to come, the focus of today was gaming on Xbox, PC and Game Pass over the next 12 months. We also got a glimpse of all the games coming to Xbox Game Pass on Day One and it’s a pretty stunning lineup if you look at everything shown today.

Redfall has come back for seconds — showing us a gameplay trailer featuring Layla using her telekinetic powers.

And finally, Remi — an engineer with a robot companion packing the vampire killer gun.

Let’s get it! Hollow Knight: Silksong has been eluding us for a hot minute, just as its playable character did back in Hollow Knight. However, we finally know that the game is coming to Game Pass as a day one launch!

Riot Games is bringing its mainline titles to Xbox 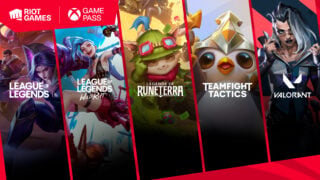 We had already seen a fair amount of gameplay from Asobo Studio’s sizzling sophomore A Plague’s Tale title, but today’s longer view showed us a meaner side of Amica and seemingly more control over rats!

Turn 10 Studios raced on in with a first look at the latest Forza Motorsport, which will feature ray tracing, realistic damage and an even greater level of daylight and weather mechanics. This reveal really has me excited because Turn 10 Studios is showing leaps and bounds in technological development which have me sure Fable is going to handle incredibly when we finally see it!

Captured in-game and running on Xbox Series X, Turn 10 Studios unveiled a brand-new trailer, which debuted alongside the first-ever gameplay of Forza Motorsport, showcasing how Maple Valley—a beloved, fan-favourite track since the very first Forza Motorsport game launched in 2005—is being brought to life in stunning detail and beauty.

Did I write Microsoft Pelican Simulator? You bet I did! To celebrate Microsoft Flight Simulator’s 40th anniversary, the world’s most realistic flight simulator is adding new planes, gliders, helicopters and Halo aircraft.

The 40th Anniversary Edition will be a comprehensive celebration of the franchise and serves as a tribute to past editions as well as an introduction to new and highly anticipated aircraft types, including helicopters and gliders.

One of the most-awaited MOBAs is finally coming to all of us as an Early Access title on October 4th. Today’s trailer gave us a look at all of the new looks for our favourite fighters. It also showed off some pretty slick weaponry animations and a story teaser for the long-awaited Junker Queen, featuring cameos from Junk Rat and Road Hog.

Ara History Untold showed a number of its civilizations and a comic-book art style reminiscent of Civilization Revolution. This was one of the few games yet to get a release date. But I hope it isn’t any time soon because I am going to be lost to society when this game comes out.

The Elder Scrolls Online is getting a brand new expansion next week that looks to offer a new island full of magic, mystery and more.

Fallout 76 is trying to capitalize on one of the series’s more popular DLCs as it offers a return to Fallout 3’s The Pitt.

Staying on the topic of fan-favourite DLCs coming back for more, Forza Horizon 5 will be getting a Hot Wheels expansion next month. Playground’s ultra-realistic Mexico will play home to a number of unrealistic plastic tracks organized into winding paths, hard turns, corkscrews and loop-the-loops.

While we didn’t really see much gameplay for Ark 2, we did get to see prehistoric Vin Diesel riding a dino for family, as well as the promise of a day one release next year.

Fresh out of high school with no job and no ambition, you’ve really got nothing going for you until an alien cartel that wants to get high off humanity invades Earth. Now, you and a team of charismatic talking guns must answer the hero’s call and become the deadliest intergalactic bounty hunter the cosmos has ever seen. Travel to a variety of biomes and locations across the cosmos, go up against the nefarious Garmantuous and his gang of goons, collect loot, meet unique characters, and more, in the latest comedy adventure from Justin Roiland!

I still don’t know exactly what this game is aside from a walking simulator through some amazingly-gross body horror. But it’s out on October 21st, so the answer is coming soon, one way or another.

Flintlock: The Siege of Dawn

This is one of the big surprises of today! Flintlock: The Siege of Dawn is a shooter/slasher from Ashen‘s creator A44 that looks like it will mix the realistic skill-based fighting of its predecessor with a punishing beavy of rougelike battles.

I guess this title also came to be quite a surprise! Minecraft Legends brings new strategy and action to the same Minecraft environments we’ve all come to love!

Explore a familiar yet mysterious land, full of diverse life, lush biomes, and rich resources. But this paradise is on the brink of destruction. The piglins have arrived – and they’re threatening to corrupt the Overworld. Inspire unexpected friends to form valuable alliances and lead them in strategic battles to protect their homes. Take the fight to the piglins before their Nether corruption devours the Overworld!

Harvest Moon in space, coming to Game pass in Spring of 2023! Lightyear Frontier is an open-world farming exploration game with crafting, resource management, and base building, wrapped in a mystery-driven narrative with a cosmic country soundtrack.

Cute creatures shoot one another up in this charming shoot-em-up due out in October.

The Last Case of Benedict Fox

This game looks like Constantine meets Limbo in this Spring 2023 sidescroller.

This interactive drama featuring rotoscoped graphics and a whole palette of colours is the first from INTERIOR/NIGHT and drops on Game Pass on July 19th. Starting in 1998 with a robbery-gone-wrong in small-town Arizona, the choices you make have a powerful impact on the characters’ lives in this uncompromising story of betrayal, sacrifice and resilience.

Console players will finally get to play this PC favourite next week with a new campaign mode. Naraka: Bladepoint is an up to 60-player player-versus-player mythical action combat experience with martial arts-inspired melee combat, gravity-defying mobility, vast arsenals of melee and ranged weapons, and legendary customizable heroes with epic abilities—inspired by the legends of the Far East.

Obsidian has us set for a long adventure in Pentiment, a narrative crime game set in a 16th-century Bavarian monastery where you must solve a murder or stay put. The main character is a clever illustrator caught up a series of murders at Kiersau Abbey over twenty five years. This character alone possesses the wits and will to expose the killers, but each decision he makes has lasting consequences and inexorably draws him closer to the center of an underlying conspiracy.

Grounded is leaving Early Access in September and finally getting a story mode!

Metroid: Dread the ninja edition, coming next year. Ereban: Shadow Legacy is a fast-paced stealth platformer game where you become Ayana, the last descendant of a forgotten race. Harness mystical shadow powers, and high-tech gadgets and avoid or kill to uncover the truth about your pa

Diablo IV is bringing the Necromancer back and promising full cross-play when it launches next year. “We can’t wait to open the gates of Hell next year—the talented team behind Diablo IV puts gameplay first in everything they do, and they have built the biggest and most ambitious vision of Sanctuary yet,” said Blizzard Entertainment president Mike Ybarra. “This sprawling world draws deeply from the dark well of the franchise’s 25-year history and is designed around the philosophy of player choice, offering an adventure, unlike anything Diablo players have experienced before.”

Sea of Thieves‘ seventh season looks to be its largest with the ability to buy, name and captain a ship with a cabin that has more customization than ever before. From purchasing, naming and customizing ships, to saving your loadouts and gaining access to quick cash-in points, it’s time to become a Captain of Adventure!

A seemingly Alice in Wonderland on more drugs game from the Canadian studio behind Echo Generation. After stumbling upon a magical mirror, Ravenlok finds herself pulled away from reality and into a land shrouded in darkness, cursed by the corruption of the Caterpillar Queen. Rising to the occasion, she challenges fearsome foes to save the fallen kingdom in an unforgettable, action-packed adventure.

Something from the people who brought you Limbo and Inside.

Kojima is making something for Xbox. 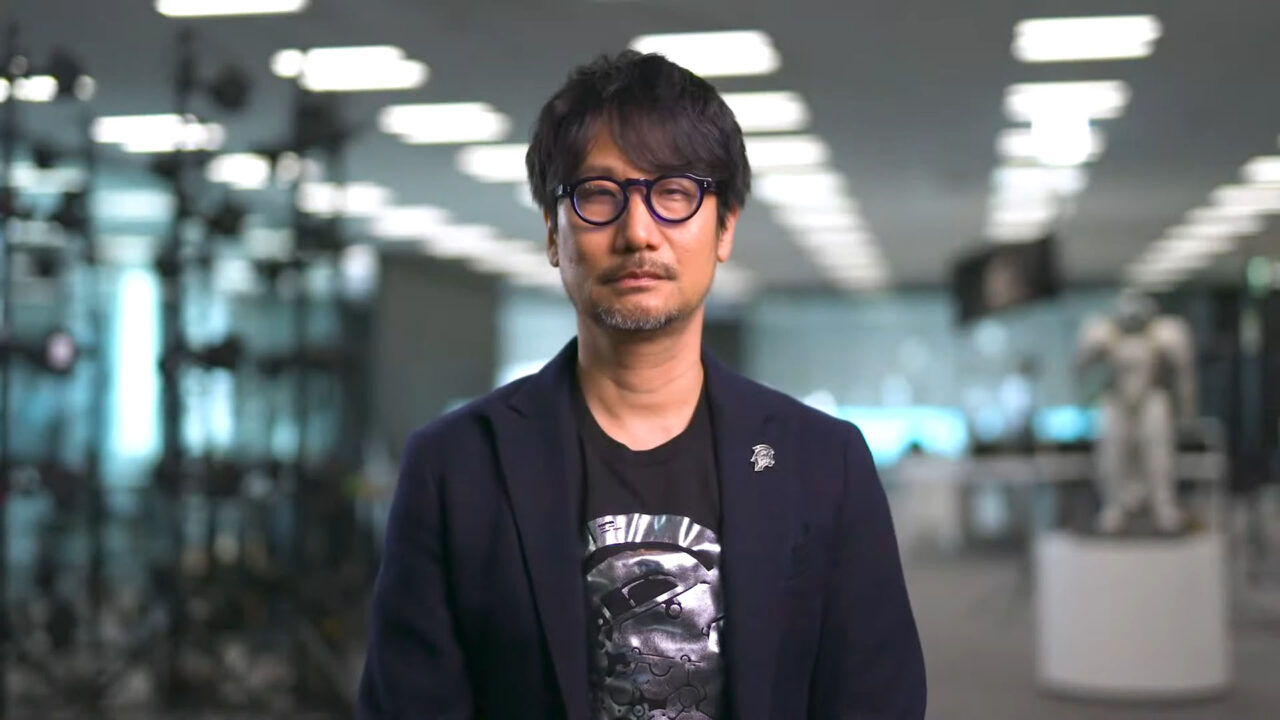 “Hi everyone, this is Hideo Kojima,” Kojima said in a video message at Xbox & Bethesda Games Showcase 2022. “Yes, there is a game I have always wanted to make. It’s a completely new game, one that no one has ever experienced or seen before. I’ve waited very long for the day when I could finally start to create it. With Microsoft’s cutting-edge cloud technology and the change in the industry’s trends, it has now become possible to challenge me to make this never-before-seen concept. It may take some time, but I’m looking forward to teaming up with Xbox Game Studios and hope to bring you some exciting news in the future! Thank you!”

Gave us a long look at its exploration, combat and ship-building. It also takes place in over 100 solar systems. Todd Howard showcased more details from the game, including exploration of planets, ship customization and piloting, outpost building, advanced RPG and character creation systems, and much more.