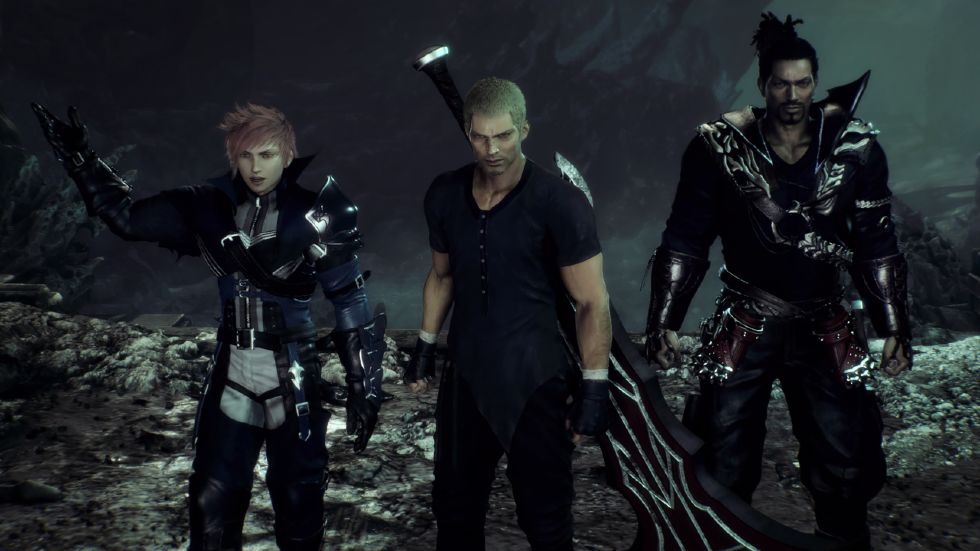 Everything Revealed During Square Enix Presents at E3 2021

On Sunday, June 13, Square Enix was on hand at E3 2021 to showcase its lineup for the next several months. Here are some of the things the Japanese publisher confirmed we would be seeing::

So did it live up to the hype? Let’s break down everything we saw during today’s presentation.

Fire up Star-Lord’s jet boots for a wild ride across the cosmos in this third-person action-adventure game, a fresh take on Marvel’s Guardians of the Galaxy. With the unpredictable Guardians at your side, blast your way from one explosive situation to another, with original and iconic Marvel characters caught in a struggle for the fate of the universe. You got this. Probably.

Oh, and surprisingly, Square Enix had a full gameplay demo. Something you rarely see these days:

Marvel’s Guardians of the Galaxy will launch on October 26, 2021. It is coming to PlayStation 5, Xbox Series, PlayStation 4, Xbox One, and PC.

Square Enix and Crystal Dynamics had some new content to show for Marvel’s Avengers and also Marvel’s Avenger’s War for Wakanda expansion which is coming at no extra cost to owners.

Black Panther must defend Wakanda from Klaw, who seeks to steal Vibranium for his own desires. Watch the cinematic trailer for Marvel’s Avengers Expansion: Black Panther – War for Wakanda. Available in August 2021.

Next, we saw the remastered introduction of Legend of Mana, which is set to arrive on June 24, 2021.

In Legend of Mana, new and returning players will step into the shoes of the protagonist, embarking on a journey to find the mystical Mana Tree seen in a dream, only to discover that the world map is empty. Throughout their adventure, players will encounter multiple stories, a colourful cast of characters, square off against fearsome monsters in real-time combat and explore the vast world of Fa’Diel, all while experiencing the beloved RPG’s timeless story.

We also finally got our first look at Babylon’s Fall from Platinum Games and Square Enix.

In Babylon’s Fall, players become a group of warriors known as the sentinels, bonded with special equipment called Gideon Coffins, and throw themselves into an odyssey to overcome the titanic Tower of Babylon, within which sleeps a great legacy. In addition to weapons wielded in both hands, characters can use the power of their Gideon Coffin to equip two more, allowing for combinations of up to four weapons at once. The capabilities of different equipment will also bring endless variation to the strategy that can be employed. The game’s visuals are achieved using a newly developed “brushwork style” to create a unique fantasy setting with a medieval oil painting aesthetic.

Sign-ups for a closed beta test are also now available.

Brought to life through full performance capture by rising talent Erika Mori, players will navigate Haven Springs as Alex Chen, a young woman who has long suppressed her ‘curse’: the psychic power of Empathy, a supernatural ability that allows her to experience, absorb and influence the strong emotions of others—which she sees as blazing, colored auras.

When her brother dies, in a suspicious accident, Alex must at last embrace her volatile power to find the truth, and uncover the dark secrets buried by a small town. Alex Chen’s journey, power and future are all fully under the player’s control

The rumours were true: Final Fantasy Origin is real and it has some of the most cringy dialogue we’ve seen in ages.

With the memory of their struggle buried deep in their hearts…

Jack and his allies, Ash and Jed, burn with resolve to defeat Chaos as they throw open the gates to the Chaos Shrine. Yet doubts remain—are they truly the Warriors of Light the prophecy foretold?

The Stranger of Paradise: Final Fantasy Origin Trial Version was also announced during the showcase, which gives players the opportunity to experience a taste of the full game centring on Jack and his allies—Ash and Jed—as they throw open the gates to the Chaos Shrine. Burning with the resolve to defeat Chaos, and with the memories of their struggle buried deep in their hearts, are they the foretold Warriors of Light?