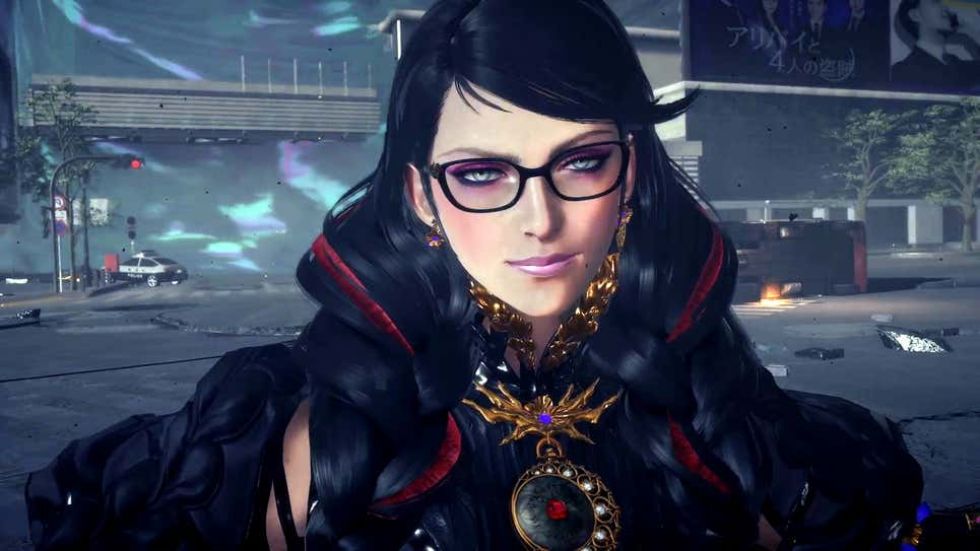 Nintendo made a couple of announcements during their latest Direct livestream.

Monster Hunter Rise: Sunbreak is coming to Switch in summer 2022.

Nintendo is hosting an Animal Crossing: New Horizons Direct in October, with content set to go live in November. We do not have a release date but will get new information soon.

Mario Party is back for the Nintendo Switch. You’ll be able to play classic board from previous titles and three new ones.

The critically acclaimed, Disco Elysium: The Final Cut is making its way to Switch.

In a post-war era, you play an amnesiac detective who is solving

Disco Elysium: The Final Cut is launching on October 12th.

Chocobo GPis a thrilling new kart racing experience set in the Chocobo universe. Featuring a variety of whimsical characters from across the franchise, players will be able to dash to the finish as the game’s namesake and star, Chocobo and friends. Chocobo GPwill challenge racers to master courses from well-known Chocobo and Final Fantasy series locations. Set off on a new journey with Chocobo and friends as they enter a racing tournament to win an unbelievable reward: a wish for anything their heart desires!

You’ll be able to play as your favourite Final Fantasy character and play locally or online with your friends.

The game is coming exclusively to Nintendo Switch in 2022.

Kirby and the Forgotten Land

Kirby is back on another adventure in Kirby and the Forgotten Land. In this new 3D platforming game, players can freely navigate areas using familiar Kirby copy abilities. What lies in store for Kirby as he explores a mysterious setting filled with abandoned structures from a past civilization?

Kirby and the Forgotten Land is coming in Spring 2022. 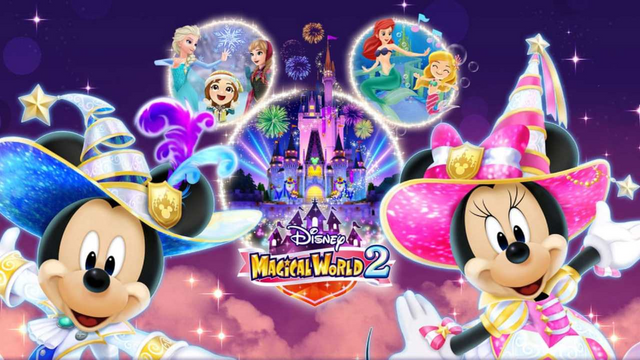 The 3DS title is making its way to Nintendo Switch with this new Enchanted Edition.

According to Nintendo, here’s what the game is about:

Voice of Cards: The Isle Dragon Roars, players will venture through a story set long ago in a world shrouded in mystery, guided by the narrative voice of the Game Master. Set in a world of swords and sorcery, the game is told entirely through the medium of cards. Players will follow the protagonist as he sets off on a journey to defeat a recently reawakened Dragon, that is threatening the land and its people, in hopes of securing an immense reward. He is joined on his travels by his companions; Mar, a monster very attached to him, and Melanie, a black witch with a grudge against the Dragon. Players will need to make choices throughout the story, as well as join in turn-based field and dungeon battles that unfold on a board, in the manner of traditional tabletop RPGs. 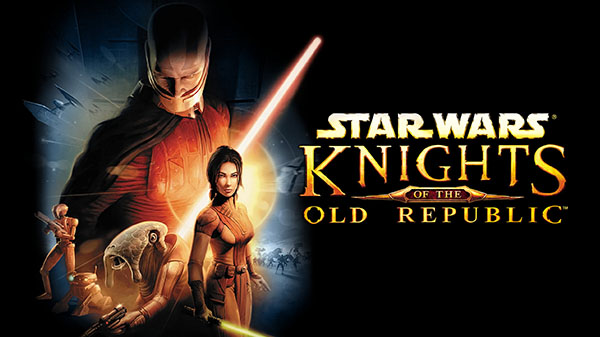 Aspyr Media will release Star Wars: Knights of the Old Republic for Switch on November 11, 2021.

Four thousand years before the Galactic Empire, hundreds of Jedi Knights have fallen in battle against the ruthless Sith and you are the last hope of the Jedi Order. Can you master the awesome power of the Force and save the Republic? Or will you fall to the lure of the dark side?

Command a group of warriors as Serenoa, heir of House Wolffort, in a tangled plot where your decisions make all the difference. Key choices you make will bolster one of three convictions—Utility, Morality, Liberty—which together make up Serenoa’s world view and influence how the story will unfold. When faced with truly momentous decisions, multiple characters will weigh in by casting their votes on the Scales of Conviction. In these moments, the allies and decisions you make can determine the fate of whole nations and the continent of Norzelia itself.

Triangle Strategy will launch for Switch on March 4, 2022.

The upcoming Dying Light is coming to Switch via a cloud version.

The game is set to launch alongside the other console versions on February 4, 2022. 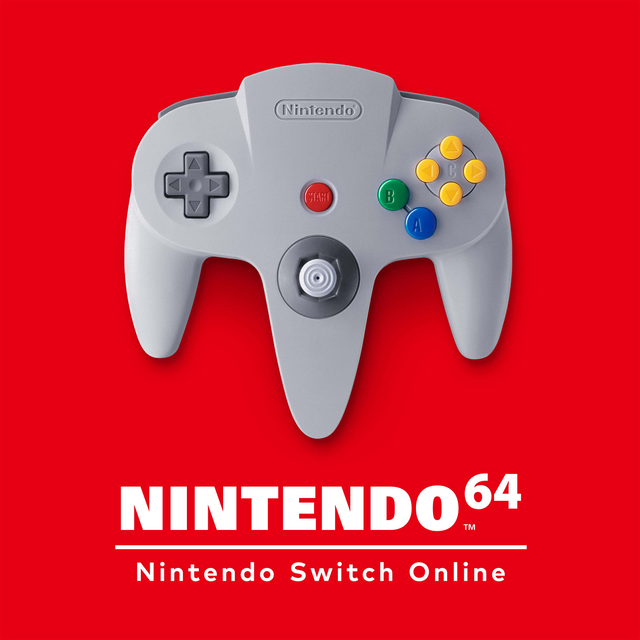 With the new plan, you’ll be able to play a selection of Nintendo 64 and Sega Genesis games. 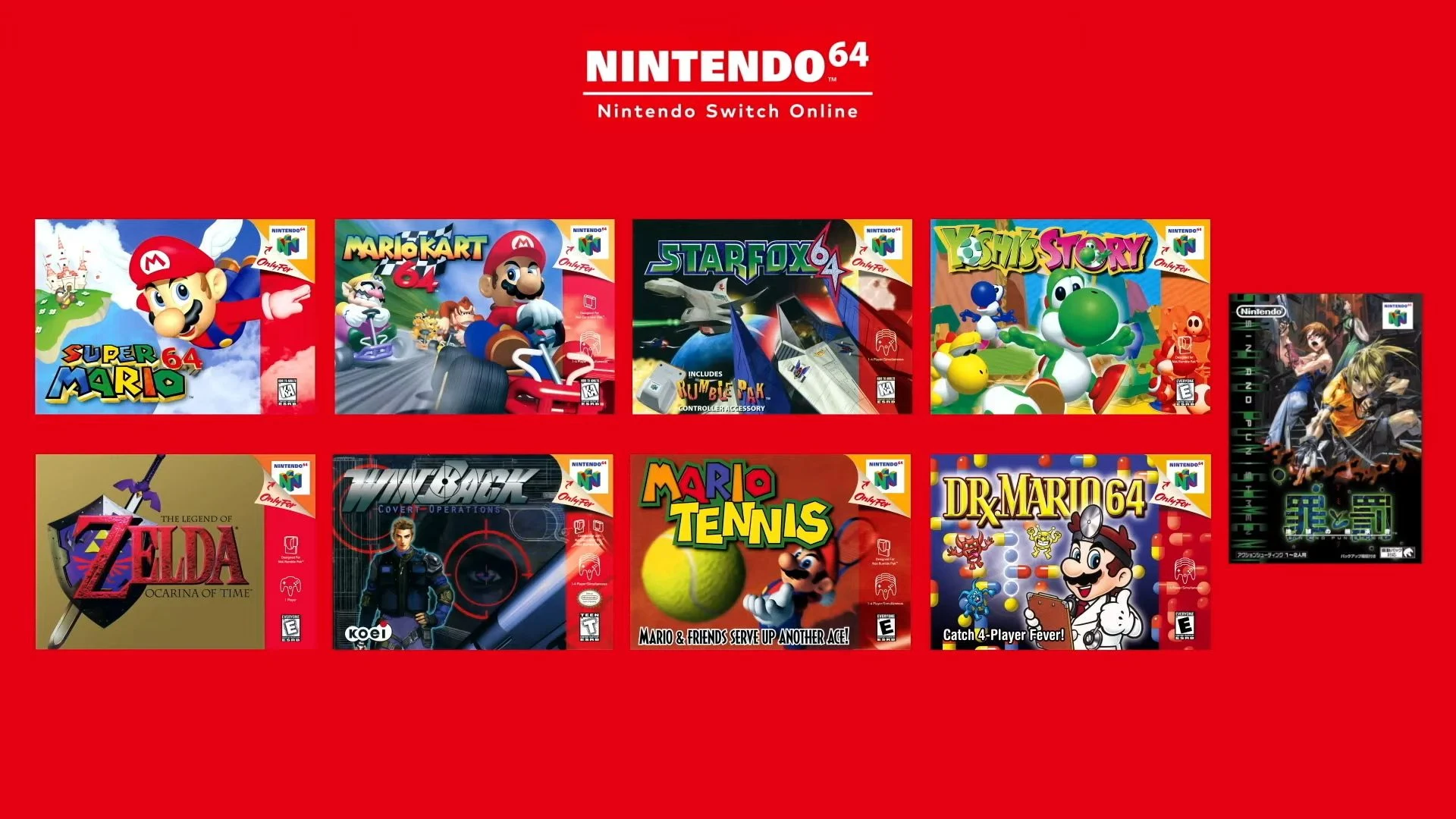 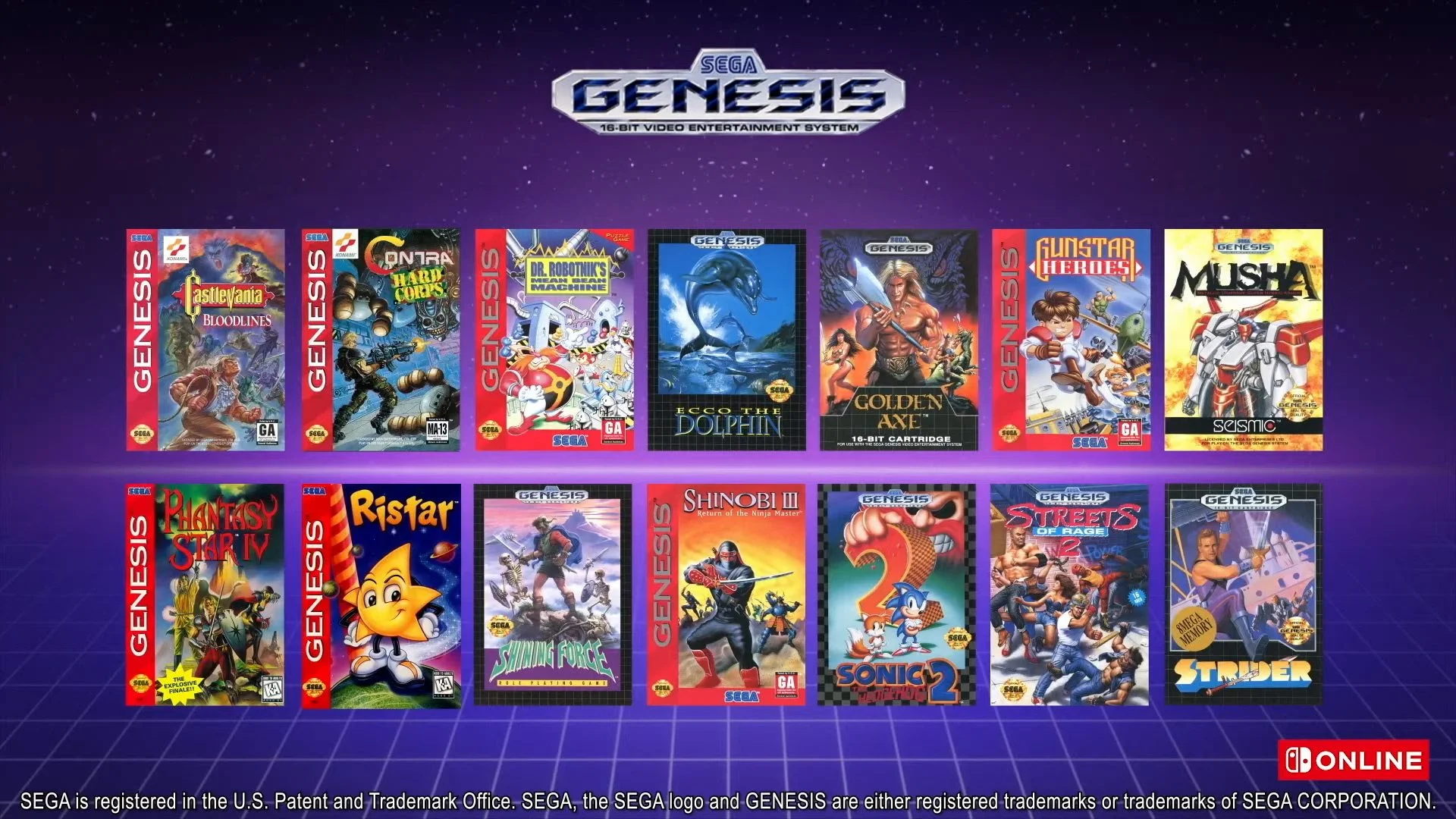 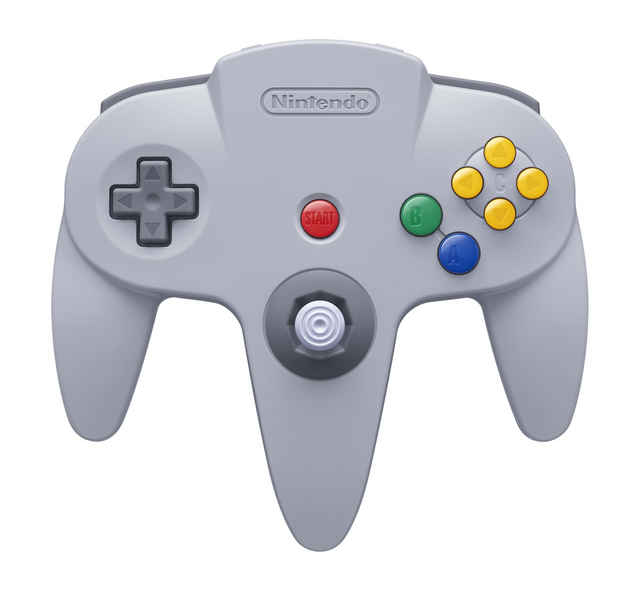 Nintendo will also be launching a Nintendo 64 Controller and Sega Genesis Control Pad, that can wireless connect to the Switch to play the 64 and Genesis games. These controllers cost $49.99 USD each. 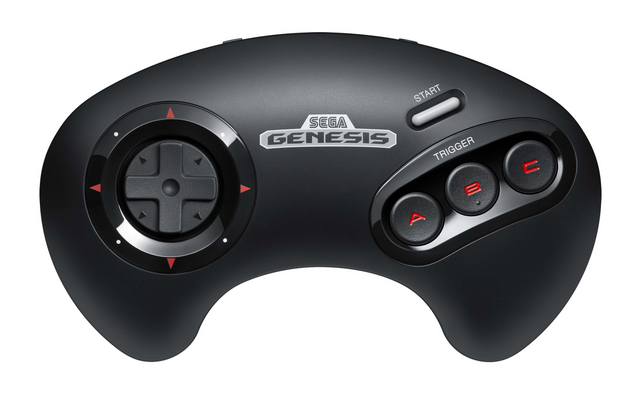 The Switch Online plus Expansion Pack is coming in late October, pricing is to be announced closer to launch.

In addition to the three legendary Castlevania games that were first released in the early 2000s, this collection also includes Castlevania: Dracula X and some never-before-seen sketches and artwork from the games!

All four games are enhanced with newly added modern features such as Rewind, Save/Load and Replay, making this the best way possible to experience these classics or discover them for the first time!

Featuring the soundtrack that sent shockwaves through the gaming world when it was first released, composed by the legendary Yuzo Koshiro – now remastered!

Samus’ story continues after the events of Metroid Fusion when she descends upon planet ZDR to investigate a mysterious transmission sent to the Galactic Federation. The remote planet has become overrun by vicious alien lifeforms and chilling mechanical menaces. Samus is more agile and capable than ever, but can she overcome the inhuman threat stalking the depths of ZDR? 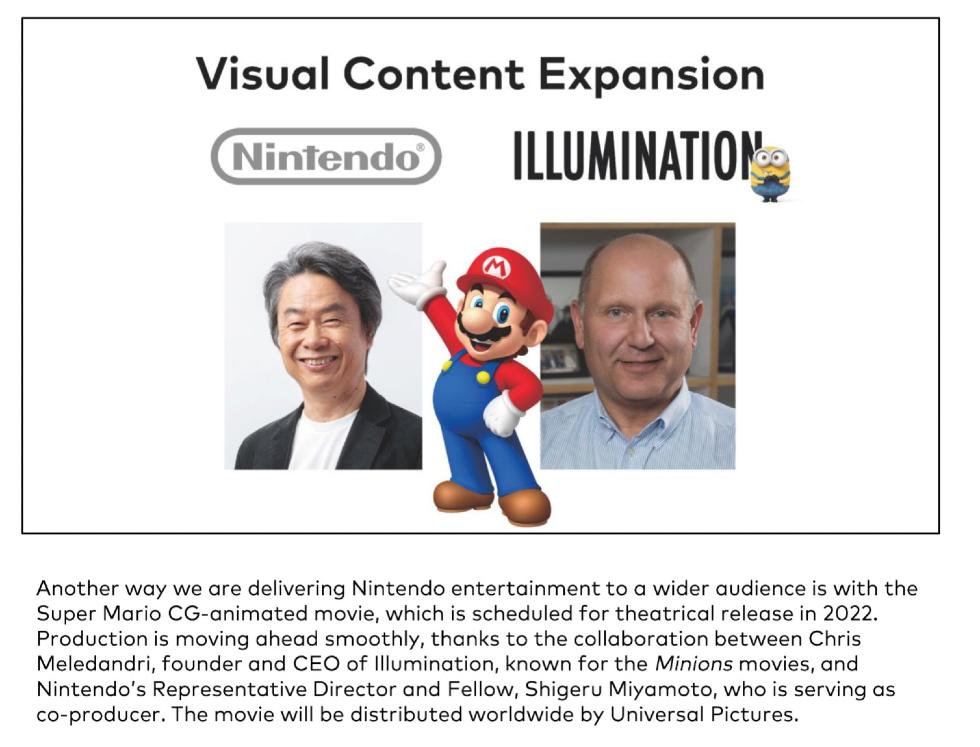 Nintendo announced some of the English voice cast for the upcoming animated Mario from Illumination.

Charles Martinet, the original voice of Mario in all the games will be making a voice cameo in the film.

The Super Mario Bros. Animated Film movie is heading to theaters in North America on 12/21/22!

Check out the voice cast for the upcoming movie below 👇 pic.twitter.com/Xj31P6hk6y

The film is set to hit theatres in North America on December 21, 2022.

Nintendo showed off the Story Mode for Splatoon 3, which takes place in Splatsville.

The mode will be Return of the Mammalians, where things are about to get a lot tougher for the Inklings.

No release date has been announced for Splatoon 3.

It’s been a couple of years since Bayonetta 3 was first announced and now Nintendo has shown off some new gameplay for the upcoming sequel.

Bayonetta 3 will launch for Nintendo Switch in 2022.