Today was a doozy if you followed along with Nintendo and their Direct presentation. While only 40 minutes, the entirety of the video was announcements and dates, making for a really entertaining hour.

Luigi’s Mansion 3 was next up and introduced a new multiplayer mode called Scream Park for 2-8 players. It pits Team Luigi vs Team Gooigi as they battle it out to see who can defeat the most ghosts while collecting coins. We also saw a bit of the Haunted Hotel which featured themed areas like the Mezzanine, Castle MacFrights, Garden Suites, Tomb Suites and more!

A free-to-start game out today, Super Kirby Clash is a new game out from Nintendo and is available on Nintendo Switch. Up to four players team up and fight bosses. Each player has a specific role against the enemy and you can even craft gear and weapons to use.

The overlapping story of interwoven destinies changes depending on who you choose as your main character and companions!

Return of the Obra Dinn

From Lucas Pope, the creator behind Papers, Please, comes Return of the Obra Dinn. The puzzle game is coming as an exclusive to the Switch later in 2019 and is set aboard a fictional East India Company ghost ship with no survivors aboard. It’s up to you as an agent to figure out what happened to the ship.

"Return of the Obra Dinn" is coming to Switch, PS4, and XBox One this fall. More details when I sort out an exact date. pic.twitter.com/TBqrKnivXp

A collaboration between Pokémon studio Game Freak and Toby Fox, Little Town Hero is a new RPG set in a town where no one is allowed to leave the village. Except for the village under attack from monsters and it is out to protagonist Axe to stop them. Instead of weapons, you’ll use your wits or ideas to stop monsters from overtaking your village.

Challenger Pack 3 is out today and that means Banjo-Kazooie is coming along with the next update. Above is a video with Director Masahiro Sakurai explaining how to use Banjo-Kazooie and all their moves. 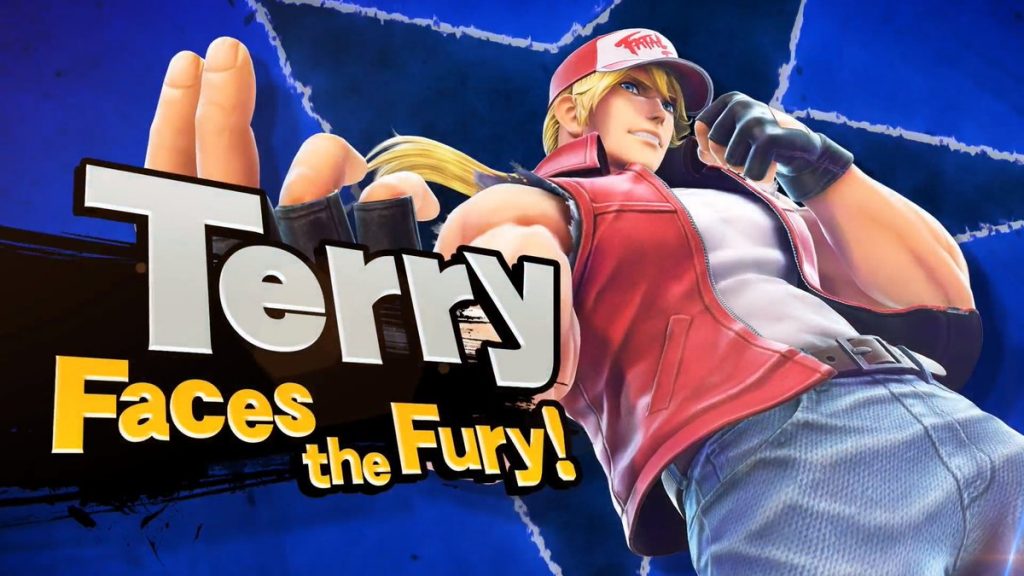 If that wasn’t enough, the recent leak from Nintendo Europe confirming a fighter from SNK was making their way over to Super Smash Bros. Ultimate, we get the reveal that iconic fighter Terry Bogard is coming in November as part of Challenge Pack 4.

To end things, Nintendo confirmed that more than the five fighters we were told about are confirmed and are being worked on currently. Expect more fighters next year!

The Shin Megami Tensei x Fire Emblem cross over exclusive to Nintendo Wii U is finally coming to Nintendo Switch next year. Not many people played this originally (myself included) because of never owning a Wii U.

You and the rising stars you call friends will need to call on your own creative power—manifested as iconic Fire Emblem characters—to wage a secret war on rogue spirits that feed on creativity. Each encounter will immerse you in deep, turn-based battles that blend the combat of the Fire Emblem and Shin Megami Tensei series into one brutal harmony. Fuse items to craft weaponry; then play to your strengths and crush your foes. Around every corner, you’ll find fun nods to multiple fandoms, including Fire Emblem references, dungeons themed to the entertainment industry, and stunning musical performances.

FBI agent York sets out with his “friend” Zach to face the case.

Spend time with the town-people, soak your self into nature and truth will gradually become clear. When you finally get to the truth, you’ll find yourself difficult to leave Greenvale.

A Blessing in Disguise:

In the year 2005, FBI agent York visits Le Carré, a small town in New Orleans where he encounters a mysterious serial murder case alongside his “friend” Zach.

The battle for Divinity has begun. Choose wisely and trust sparingly; darkness lurks within every heart. Master deep, tactical combat. Join up to 3 other players – but know that only one of you will have the chance to become a God, in multi-award winning RPG Divinity: Original Sin 2.

Choose from over 5 races and 6 unique origin characters or create your own.

Unlimited freedom to explore and experiment, with friends or with AI companions.

Supports two-player split-screen multiplayer, or online play for up to four friends.

Hundreds of additional tweaks and changes come with the Definitive Edition

Fight against demons in your crusade to hunt down the Mother of Demons and stop Hell’s invasion. As you battle through more than 30 action-packed levels, be on the lookout for enhanced weapons and secrets to help you put an end to the demonic threat.

Doom 64 arrives on Switch on November 22.

From Hi-Rez Studios, a new IP called Rogue Company was revealed and it is out in 2020. Hi-Rez Studios is known for Paladins and Smite.

We got a look at player character customization as well as the Pokémon Camp function, which allows you to get closer to your Pokémon. Customization now includes hats, outerwear, gloves, haircuts and accessories. Nintendo revealed a cooking feature as well, where you whip up various kinds of curry for your Pokémon to eat. Lastly, we got a look at two new Pokémon: Polteagiest and Cramorant.

Pokémon Sword and Shield are set to launch on November 15, 2019.

A new update is coming to the popular game tomorrow and it is touted as update 2.0. This update includes several new features including the new Invictus mode but is only available to those who’ve previously won a match of Tetris 99. There’s also daily missions, new themes and player icons, and some premium DLC as well. “2P Share Battle” is a way for two players to split the Joy-Con controllers and play against the CPU as well.

Defend the planet and defeat corrupted A.I. controlled robots using your Arsenal, a fully customizable mechanized battle suit. Choose and equip your Arsenal with a multitude of weapons, obtain more from downed enemy Arsenals, and swap them on the fly to suit your strategy in the face of ever-changing threats that may bring the end of the world.

Progress from the Prologue Demo carries over to the full game and there is local co-op available as part of the demo for those interested. The full game will feature both online and local co-op.

Developer Aspyr is porting Star Wars Jedi Knight II Jedi Outcast over to the Nintendo Switch and modernizing the controls for current-generation systems. When Jedi Knight II arrives on September 24, the game only comes with the single-player portion and strips any sort of multiplayer out of the package.

As Kyle Katarn, an agent of the New Republic, use your Lightsaber and the full power of the Force to combat a new evil plaguing the galaxy.

MonolithSoft’s Xenoblade Chronicles is making the jump from the Nintendo 3DS and Wii to the Switch next year. The game, which chronicles the adventures of Shulk and Fiora, is scheduled to launch for Nintendo Switch in 2020.

Nintendo delayed Animal Crossing: New Horizons to March 20, 2020 earlier this year. Today, we got a look at the game and some of the features, including item gathering and crafting. Tom Nook also handed us a nifty NookPhone which can be used for an assortment of things. Nook Miles is a reward program that reards those who complete goals in-game.

Overwatch Is Coming To Nintendo Switch