Everything Revealed During Day of the Devs 2021 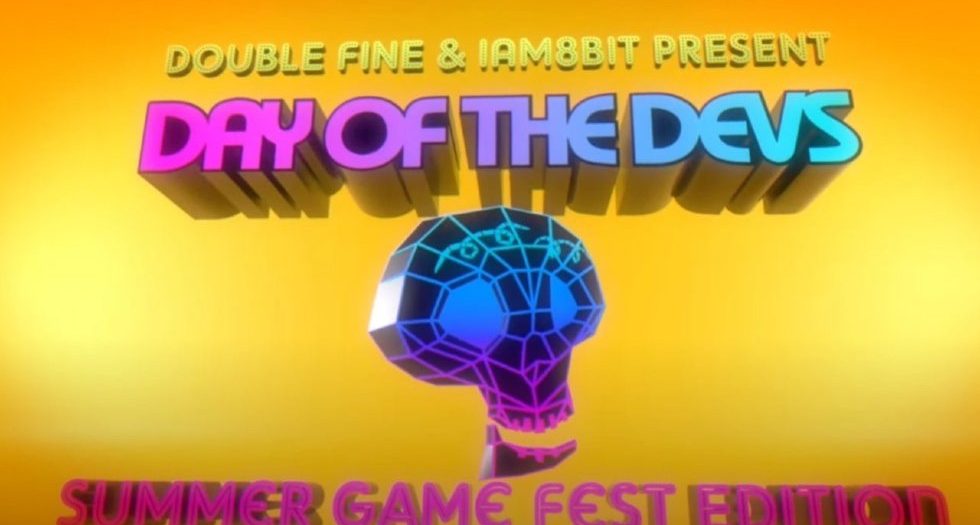 Just as Summer Game Fest’s opening day came to a close, Day of the Devs kicked off. We got a ton of game reveals and updates and solidified that this time of the year is one of the best for video games.

Kicking things off was Thomas Happ Games Axiom Verge 2 confirmed to be coming to PlayStation 4 and PlayStation 5. Even with the recent delay, I’m eagerly awaiting for this one to launch as the first is one of my favourite Metroidvania titles.

Next up was TOEM by developer Something We Made where the basic premise is to take photographs of the world around you. If you’re interested in trying the game out soon, there will be a free PC demo as part of Steam Next Fest on June 16th. The demo features the opening section of the game, giving you enough time to get used to the people of Homelandia and Oaklaville.

Players enter procedurally-generated temples filled with traps you’ll need to outmaneuver with your goal being to claim the relics hidden within the temple. What stands out about Phantom Abyss is how it treats your gameplay session: each player is given one opportunity to complete the temple and failure means you’ll never be able to return to the temple.

The next game shown was one of my most anticipated from this event. Garden Story from developer Picogram and Rose City Games puts you in the role of a grape.

Set forth on an adventure as Concord, a young grape taking on the role of the guardian of Spring Hamlet. Wander the four realms of The Grove and help rebuild the community and make new friends. Collect multi-purpose tools used for harvesting and combat, solve puzzles, conquer dungeons, and cultivate love and confidence wherever Concord goes.

Similar to Nour: Play With Your Food, this next game from Chikon Club is called Soup Pot, a cooking sim that has piqued my interest. In the video, during the presentation, we got a look at two techniques: grilling and skewering. The video then showed off the cooking process of deep-fried bananas with caramelized sugar. If that wasn’t enough, we then say Filipino street food Betamax. Soup Pot is out this Fall on Steam and Xbox.

If you want more, we got more games to go through. The next is called A Musical Story by developer Glee-Cheese Studio. A Musical Story is a rhythm game set against a 70s backdrop. Explore the memories of Gabriel, a young man trying to come to terms with his situation through the connections to his musical memory.

This next game is the highlight of the show for me and caught my eye immediately. Vokabulantis is a stop-motion co-op game that is on Indiegogo right now. It is in development right now between Wired Fly Stop Motion, Kong Orange, Morten Søndergaard and during the stream, we saw the process the developers used to create the game.

Previously announced Road 96 is shaping up nicely. You’ll hitchhike your way across a procedurally generated road trip. It is developed by Digixart and is scheduled to arrive in Summer 2021.

In a world where mysterious toxic spores are contaminating the planet, a group of people seeks shelter on the back of a giant, wandering creature. Become their leader, build their settlement and form a symbiotic relationship with the creature to survive together in this hostile, yet beautiful world. The Wandering Village is in development by Stray Fawn Studios.

D-Cell Games brought Unbeatable to Day of the Devs and is a rhythm-adventure game where music is illegal, and you do crimes. Talk your way through trouble as you explore vibrant locales. Fight your way through exciting arcade-perfect rhythm setpieces, featuring an original soundtrack by Peak Divide. IF you want to try it out there’s a free demo available on Steam.

Death’s Door is coming to Xbox and PC this summer and today we got another look at a game where you reap souls then punch out for the day. However, things go sideways and your assigned soul is stolen so you must track down the thief to a realm where even death won’t go. You’ll use melee weapons, arrows, and magic to defeat beats and demigods. If you make a mistake, you’ll be punished and victory will be rewarded. It is coming from Devolver Digital + Acid Nerve.

I have more games to show you as Behind the Frame from Silver Lining Studi. Guide brush strokes and solve a variety of puzzles to help an aspiring artist complete her masterpiece amid her brusque neighbour’s gaze and his pesky cat. As her painting starts to take shape, uncover an emotional tale of chance and artistry revealed behind unrelated yet familiar moments.

Asobu was on hand to reveal its next game Elec Head, where you play as a robot who lights up everything it touches with electricity. Asobu is a community hub for game creators in Tokyo.

Moonglow Bay from Canadian developers Bunnyhug and Coatsink has consistently been a game that grabs my attention. Each trailer, gameplay demo and the impression I’ve read has made this something I want to play when it launched.

Moonglow Bay is set along the Eastern Canadian coastline during the 1980s and offers players a diverse and emotionally charged story, complemented by a relaxing, slice-of-life fishing RPG.

You play as a rookie angler, struggling to fulfil your partner’s final wish by keeping a business afloat in the face of impending bankruptcy.

Loot River is a roguelike that uses shifting blocks that combines real-time combat with spatial block shifting puzzles similar to Tetris. It is in development by Straka Studio.

Despelote is a game that puts you in the shoes of a kid in school in Ecuador. The goal is to finish school for the day so you can go out and play soccer. Despelote is a semi-autobiographical game about a community based on real experiences and real photos from Ecuador and is developed by Julián Cordero and Sebastián Valbuena.

Last Stop from Annapurna Interactive and developer Variable State and is a third-person narrative adventure game set in present-day London, where you play three separate characters whose worlds collide in the midst of a supernatural crisis. Lyndon Holland, a BAFTA award-winning composer scores the soundtrack and is expected to launch in July 2021.