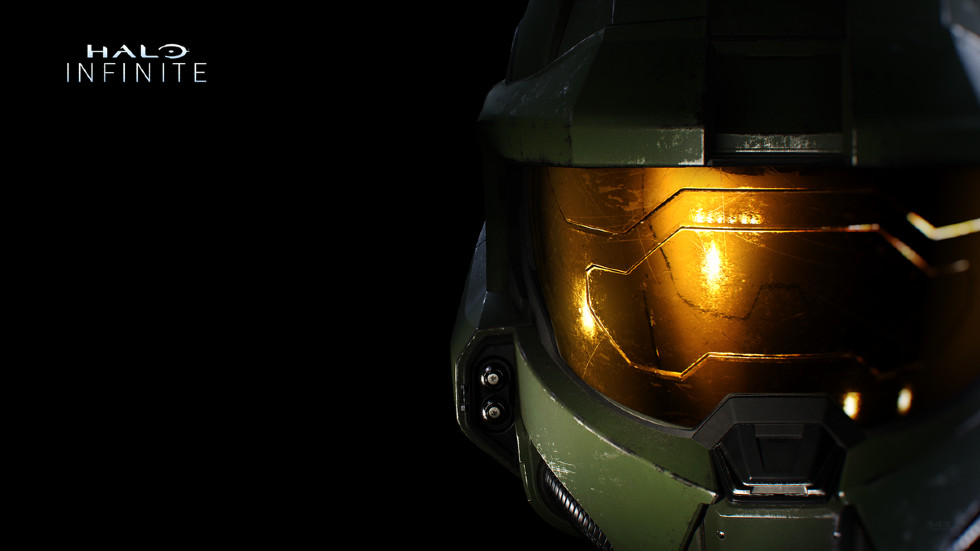 What a whirlwind event that kicked off at 11:00 AM ET and pretty much ran through until almost 1:00 PM. We got exciting announcements and world premieres with Geoff Keighley, and that trend continued for almost a full hour after the pre-briefing.

Microsoft showed us a total of 21 games from nine of its internal studios and 11 third-party studios that are planned for release on the Xbox Series X and well into 2021. It’s the summer of ‘93 in small-town Canada and an unknown object crashes into nearby cornfields. With the adults paying no attention to the bizarre occurrences popping up all over, it’s left to a gang of kids to save the day. Explore mysterious locations, battle creepy creatures, and uncover what’s threatening summer in a gorgeous 4K resolution and 60 fps on Xbox Series X.

Hello Neighbor 2 is the sequel to the genre-defining stealth horror game about sneaking into your creepy Neighbor’s house. Taking place directly after events of the original, players will explore an open world while searching for the mysteriously disappeared Mr. Peterson (the Neighbor) and being stalked by a mysterious, raven-like being.

Entering a whimsical and bizarre land through a mysterious theatre, players will take on the role of Leo and Emma as they embark on an adventure like no other. Led by an enigmatic maestro named Balan, they must navigate through Wonderworld to restore happiness and balance the hearts and minds of all they encounter here.

Players will discover over 80 extraordinary costumes along their journey through a variety of unique environments within Wonderworld. The costumes change Leo’s and Emma’s appearances, granting them a wide array of fantastical powers to overcome obstacles that lay in their path and discover exciting new ways to play. The possibilities are endless as you bash your enemies, walk in the air, freeze time and manipulate all kinds of objects with the costumes you collect!

When all hope is lost and humanity’s fate hangs in the balance, the Master Chief is ready to confront the most ruthless foe he’s ever faced. The legendary Halo series returns with the most expansive Master Chief story yet. We got a glimpse of the open world, the grappling hook, and it looked great running at 60 frames per second.

As Dusk Falls is Interior Night’s debut game. It is about two families whose trajectories collide in the Arizona desert in 1999. Most stories start at the beginning, but this story starts in the middle, gradually widening outward to encompass multiple points of view over thirty years; a story spiral that explores the past, present and future of a single dramatic night.

Can you break free of the influence of a toxic, but loving, family?

Can you start over by moving home or changing jobs?

Can you overcome your past?

Very pretty looking cars running on the Xbox Series X. The new Forza Motorsport, currently in early development, is a reimagining of the series. With the new Forza Motorsport, ray tracing is coming to ForzaTech, you will see a dynamic world in 4K, 60fps, that is connected and dynamic – from surfaces of cars reflecting off each other to brilliant red paint bouncing off intensely detailed track surfaces, and the interplay of light and shadow throughout the world.

Today, during the Xbox Games Showcase, Bungie revealed that Destiny 2 is coming to Xbox Game Pass and Xbox Series X. If you are one of the more than 10 million Game Pass subscribers, you’ll get access to all current Destiny 2 expansions starting this September. And when the standard edition of Destiny 2: Beyond Light is released, you’ll get that too.

We learned about Everwild at XO19 last year, and today we got our first official look at Rare’s next game. According to the studio, “Our world has a rhythm. We all sense it, but only a few truly feel it.” We don’t know anything about this game and there’s not even a glimpse of gameplay footage. It is a beautiful and unique setting, so I hope we learn more in the next few months.

Dontnod’s next game is called Tell Me Why, and today introduced us to a new trailer and a release date for the first chapter: August 27. Play as twins Alyson and Tyler as they use their special bond to unravel the mysteries of their loving but troubled childhood. Set in beautiful Alaska, Tell Me Why features true-to-life characters, mature themes and gripping choices.

Ori and the Will of the Wisps

A personal favourite of mine, Ori and the Will of the Wisps is getting an overhaul for Xbox Series X that includes 4K visuals at 120 frames per second.

One of two Obsidian games that were featured during today’s Xbox Games Showcase, Grounded is launching next week on July 28 in Early Access.

From Team Bloober comes The Medium, a third-person psychological horror game, which uses an officially patented dual-reality gameplay that plays out across two different realities.

Launching on Xbox Series X and PC in the 2020 Holiday season, The Medium renders two fully-fledged and visually distinct worlds simultaneously with no loading screens. Having access to both worlds gives a unique perspective to the tension-fueled, psychological horror game as the dual-reality gameplay with this visual fidelity only being possible on next-gen hardware.

The Outer Worlds: Peril on Gorgon

An expansion for the excellent, if not short, The Outer Worlds, which launched last year just as Obsidian was acquired by Xbox.

A severed arm and a mysterious message lead the crew of the Unreliable to the Gorgon Asteroid, formerly the site of one of Halcyon’s most ambitious and disastrous scientific undertakings – now a lawless den of monsters and marauders. Wealthy recluse Minnie Ambrose tasks the crew with finding answers about Dr. Olivia Ambrose, her mother and the doomed project’s disgraced director, but they are soon ensnared in an intrigue that will change the colony forever.

The Outer Worlds: Peril on Gorgon arrives on Xbox One and PC September 9, 2020.

Seeing Tim Schafer and Jack Black in close proximity had me excited. I thought this was going to be a reveal for Brutal Legend 2, which I’ve been waiting on now for over a decade. Instead, we got a new trailer for Psychonauts 2, which features the vocals of Jack Black. It’s a cool song.

In Psychonauts 2, Raz realizes his dream and visits Psychonauts Headquarters. However, when he gets there, he finds it’s not the perfect place he expected and quickly realizes that the Psychonauts need him more than he needs them.

Obsidian revealed their next big RPG, Avowed during the Xbox Games Showcase. Obsidian will be returning to the epic fantasy world of Eora in the triple-A, first-person RPG, and the game is set within the Pillars of Eternity world. Matt Booty, the head of Xbox Game Studios mentioned that “When Obsidian Entertainment joined Xbox Game Studios, they told us that this epic game is the one they wanted to make.”

We recently went hands-on with CrossfireX, which was rebuilt by Smilegate in Unreal Engine 4. While the multiplayer left us feeling mixed, the campaign may be able to save the game. The campaign is being developed by Remedy Entertainment, developers of last year’s excellent Control.

In the intense, fast-paced and action-packed trailer that debuted during the Showcase event, you’ll get a first look at the key characters in Operation Spectre, told from the perspective of Black List, one of the two warring mercenary factions players will meet in both campaign and the multiplayer experience.

Fatshark brings the four-player co-op experience to the 41st Millennium in 2021. Go deep into the hive city and face hordes of enemies you have only seen in your nightmares. Players will not be able to hide behind lethal ranged weapons, they’ll need to combine both FPS and melee skills as they get up close and personal in visceral clashes between Imperium and Chaos factions.

Easily one of my favourite games of 2018, Tetris Effect is now making its way to Xbox One and Xbox Series X.

Tetris Effect: Connected adds an all-new robust multiplayer expansion to the huge variety of addictive and innovative single-player modes that Tetris Effect is known for, and is optimized native 4K / 60 fps visuals (Xbox Series X and PC versions). In Summer 2021, the multiplayer expansion will be made available as a free update to PlayStation, Epic Games and Oculus Quest.

Xbox gamers can connect and play with or against each other in all-new modes like “Zone Battle,” which shakes up traditional 1-on-1 Tetris gameplay via the time-stopping Zone mechanic made famous in Tetris Effect, or the innovative co-op of “Connected” mode, where up to three players can literally connect their Tetris playfields together and play as one, as they work together to take down a series of increasingly-challenging CPU-controlled bosses.

From the creators of SteamWorld, embark on an all-new adventure in a vast and alien world where you’ll encounter terrifying enemies and challenging puzzles on your quest to unravel the mystery of a forgotten planet, while saving it in the process.

The original S.T.A.L.K.E.R was a cult hit in 2007 and has since lied dormant. That all changes with a sequel that featured an epic, non0linear story, where your choices influence short-term consequences and global outcomes. The Zone in S.T.A.L.K.E.R. 2 is one of the biggest seamless open-worlds to date. Since being announced in 2010, the game has been picked up and shelved quite a few times, and in 2018, developer GSC Game World revealed that they were working on a sequel.

One of the goals for PSO2: NGS is to create the ultimate PSO2 in which the time-tested elements are kept intact, while the game design, gameplay, and graphics engine will be completely redesigned and reborn in all aspects.

I think it’s good that Sega wants to overhaul their MMO since so many things are a mess. The menus are a mess and the interface is dated in 2020, it really belongs on last-generation consoles but we’re only getting the game now in the West. Details are scarce at the moment but the trailer paints a picture that indicates we’re going to see tons of changes to the game when it launches in 2021, and plans include bringing this to Japan, which means that it’s going for the long game.

Fable returns with a new beginning for the legendary franchise. Explore a land of fantastical creatures and wondrous places. Developed by Playground Games for Xbox Series X and Windows 10.