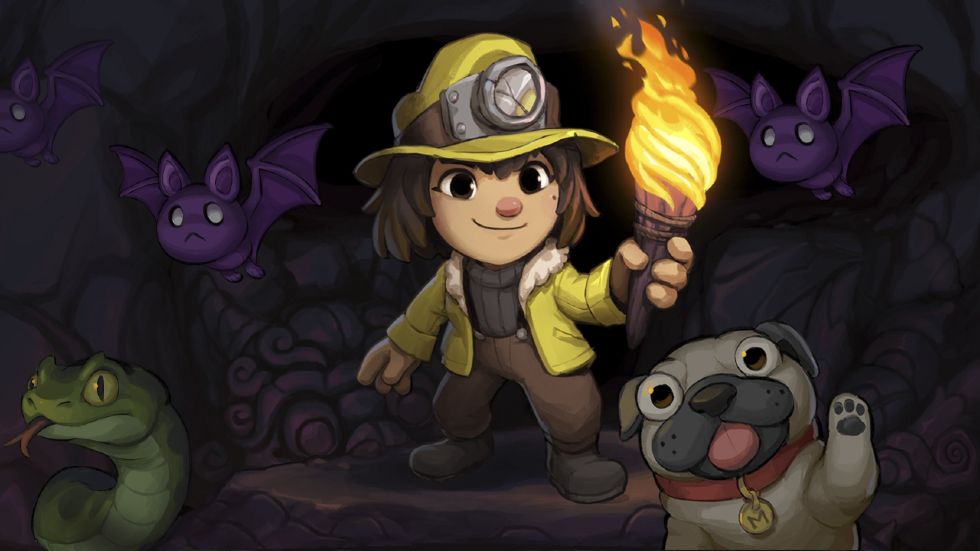 That’s another edition of Indie World Showcase in the bag as Nintendo went through some marque games coming to Switch.  The showcase featured close to twenty titles coming to the handheld, which included release date updates, announcements and shadow drop releases.

The presentation was kicked off with Spelunky and Spelunky 2, it was revealed that Mossmouth’s Spelunky duology is coming to the Switch this Summer.

Have you ever wondered what your cats do when you’re not home? Well the cat punny game, Fisti-Fluffs has an answer. The Playfellow studio game is action brawler where duke it out in the feline fight club to determine who is the best cat. Intrigued by the this pretty pawsome game? Well you don’t have to wait to long as Fisti-Fluffs lands on Nintendo Switch first in early 2021.

Break out the catnip and see which furious feline fighter will become best cat in the physics-based party game Fisti-Fluffs from @PlayfellowGames and @Rogue_Co!

Clawing its way onto #NintendoSwitch in early 2021. #IndieWorld pic.twitter.com/l4JVbauALY

Up next is arcade party game, Very Very Valet where you get pick up cars and drive them to a marked location in any of the twenty levels of the game. The Toyful games accelerates to Switch sometime in early 2021 as a timed exclusive.

Pickup, park, and return cars with up to 4 players and prove you’re the VIP of valets when the frantically silly party game #VeryVeryValet pulls up to the #NintendoSwitch in early 2021! #IndieWorld pic.twitter.com/MhD77ZYxo1

Tunche is a 2D hand drawn beat’em up game where you can play as any of the game’s five playable characters, who each have their own unique abilities. The goal of the game is to search through the rainforest for game’s titular beast, Tunche, which you can search for on Switch sometime next year in March.

Fight through the Amazonian jungle with one of five heroes, including Hat Kid from A Hat in Time, and unravel the secrets when #Tunche from @leapgamestudios and @HypeTrainD arrives on #NintendoSwitch in March 2021. #IndieWorld pic.twitter.com/Q45XCuiRWN

Are you an old school Strider or Ninja Gaiden player? Well then Mechanical Head’s Cyber Shadow may be up your alley as it bring back the old school flare and looks to the modern gaming audience on Switch.

As the game’s titular ninja, you can take down twelve apocalyptic bosses while rescuing members of your ninja clan and learning new ninjutsu. Sharpen your kunai as Cyber Shadow dashes its way to Nintendo Switch on January 26th.

Dash, slice, and leap through masterfully designed levels with hand-crafted sprites, a pulse-pounding soundtrack, and all the ninja platforming action you can handle when #CyberShadow from @MekaSkull and @YachtClubGames releases Jan. 26, 2021 on #NintendoSwitch. #IndieWorld pic.twitter.com/PJH9XVhBRp

Going from the super serious to the slice of life realm, Calico is a community sim where you play a magical girl who has only one very important task and that is rebuilding the town’s cat café. You don’t have to wait too long as Calico is playable on Switch starting today.

The sequel to 2010’s Super Meat Boy, Super Meat Boy Forever is making it console debut on Switch in 2020. The meaty sequel to the endless 2D platformer will land on Switch just before Christmas on December 23rd.

Some other 2021 Switch game announcement during the showcase included Alba: A wildlife Adventure, Gnosia, Happy Game  and the longtime slated Fall 2020 game, Grindstone, which is available now.

As a sign that the Indie World Showcase is almost over, Nintendo confirmed multiple games in a row that are coming to the Switch, including When The Past was Around, Kosmokrats, Hoa, Hazel Sky, Trash Sailors and Finding Paradise.

Before Nintendo sign off, they had one more thing. In a move completely out of nowhere, The two time Game Award winning title, Among Us is coming to Switch and it’s available now.