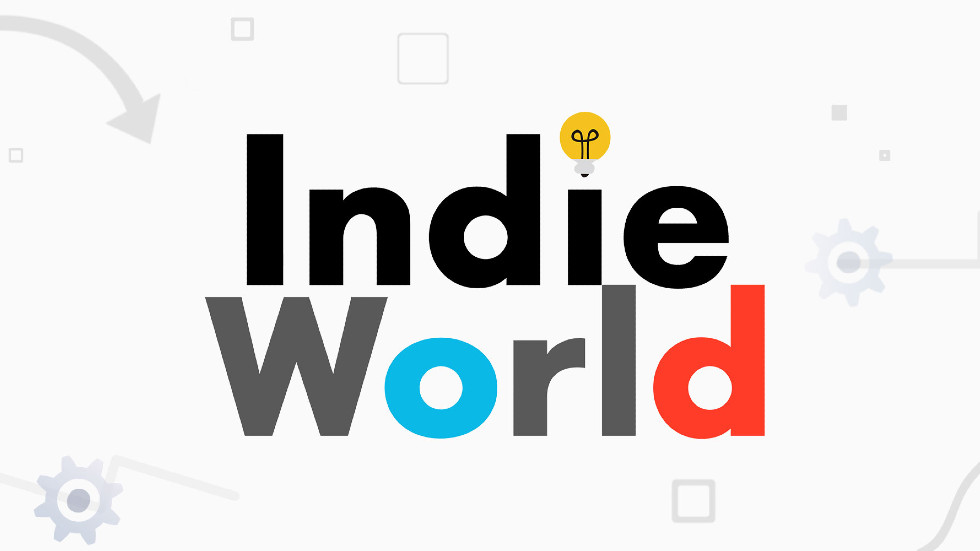 Nintendo announced the existence of another iteration of their Indie World Showcase, which happened earlier today. In the 20-minute presentation, we got a good look at the indie games coming to Nintendo Switch over the next several months (and some even today!). I was pretty surprised to see Fez make an appearance and that it was available today, but I was also impressed to hear a sequel to Oxenfree was coming and that Cris Tales finally nailed a release date. 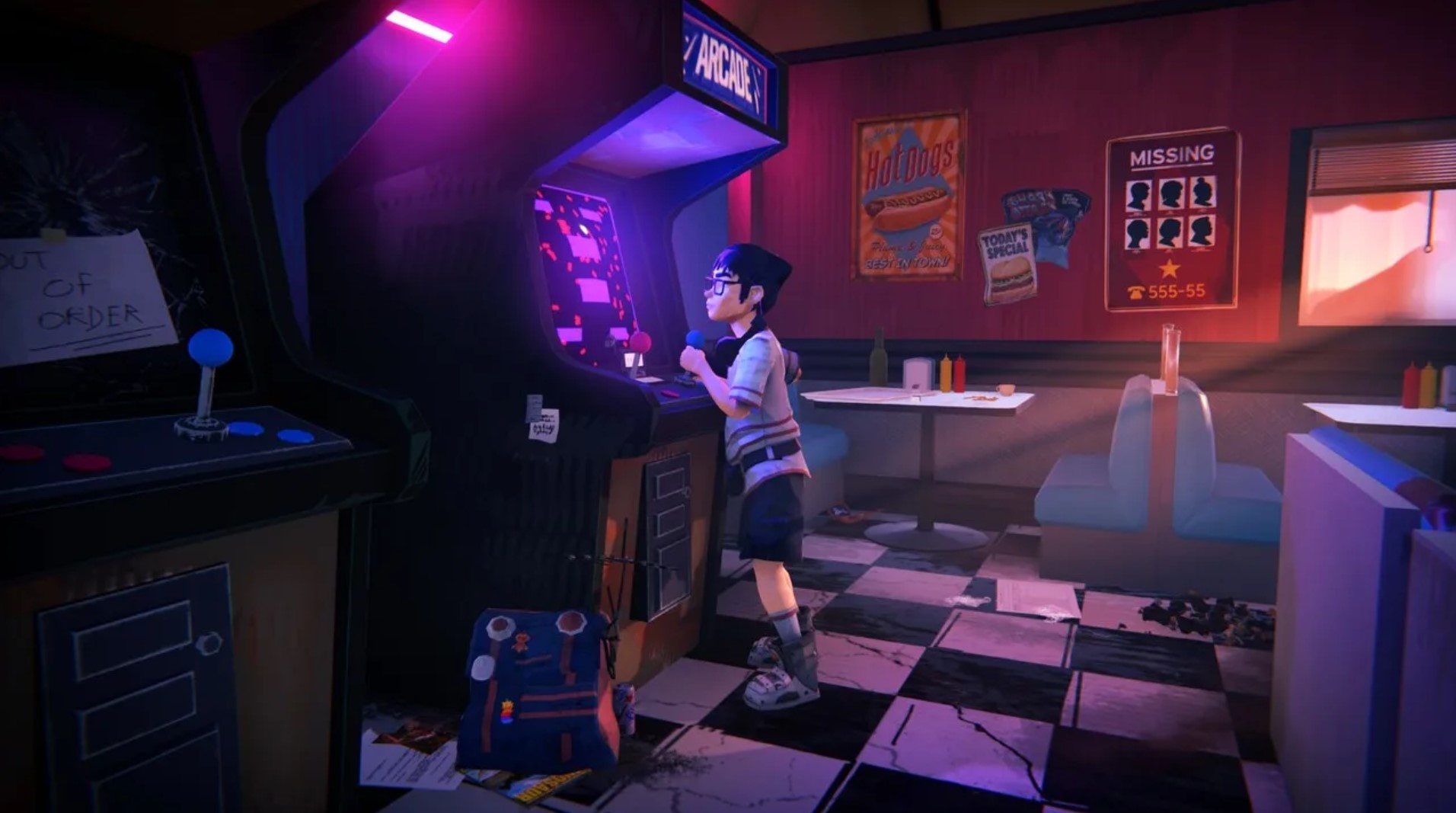 Kicking off Indie World Showcase was the reveal of Road 96, in development over at DigixArt, a studio out of France. Road 96 is described as a “crazy, beautiful road trip,” where the ever-evolving story uses procedurally generated takes you out on the open road. You’ll meet interesting characters as you make your way to the border of fictional country Petria, learn more about these characters and discover how everything intertwines.

Next, was Aerial_Knight’s Never Yield which is coming via Headup Games. Set in a futuristic “Tokyo-style” Detroit, you’ll play Wally who is on the fun after discovering a secret. The game is a 3D sidescroller that plays like an endless runner. You’ll run, jump, and slide through various levels within Detroit, all to the authentic sounds of Detroit Artist. This game began as a passion project for the developer “to create something familiar but new for this generation of gamers while highlighting aspects of a culture that is often overlooked.” Aerial_Knight’s Never Yield launches May 19, 2021.

Continuing, Last Stop, a third-person adventure game in development from Variable State and publisher Annapurna Interactive, is set to launch this July. The game is set in London and tells three interconnected stories featuring three playable characters: Donna, John, and Meena. Featuring fully-voiced scenes, with hours of dialogue and dozens of actors featuring the best of the UK talent, you’ll find the game paired with an original soundtrack from BASTA award-winner Lyndon Holland.

They say hindsight is 20/20 but I say Hindsight is from Annapurna Interactive and this little indie game is set to launch in 2021. The game is a narrative exploration game spanning one woman’s entire life, from the day she was born to where she is now, and you’ll help her makes sense of her life. By exploring her childhood home, looking at her belongings, and revisiting old memories, you’ll need to slow down and pay attention to the details and piece together her perspective. 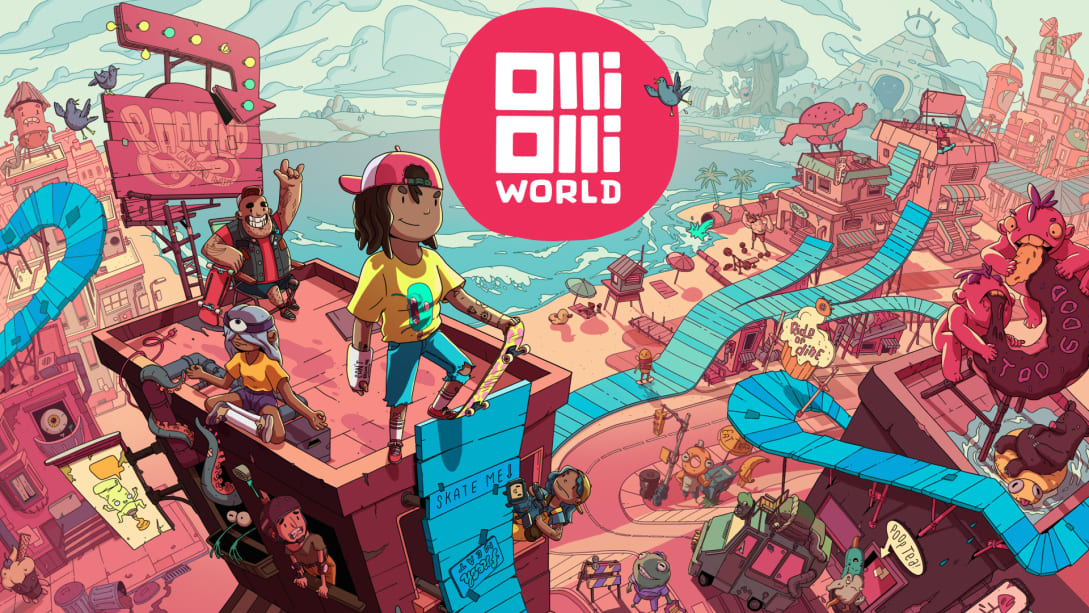 Olli Olli World from Roll7 is the latest game in the Olli Olli series and is also the first game to feature an open world. Set in Radland, you’ll grind, trick, and air your way through the vibrant and vivid world. You’ll take on missions, challenges, and make new friends. You can customize your character’s look, tricks, and styles while exploring levels with multiple pathways featuring tons of opportunities to shred.

The Longing is out today and it’s from publisher Ashgames. You play as the lonely Shade, who reminds me of Dobby from Harry Potter. Shade is the last servant of a king who ruled an underground kingdom, but with the king in a long slumber, his powers have faded and it is up to you to keep things running until the king reawakens. The odd thing about The Longing is how it is advertised: you can start the game and then return in 400 days, or play the game and explore the caves and collect items for your home.

There Is No Game: Wrong Dimension is from Draw Me A Pixel and this point-and-click adventure is out today on Nintendo Switch. The game promises it will take you on a journey you never asked to go on, through silly and unexpected video game universes.

Teenage Mutant Ninja Turtles: Shredder’s Revenge is coming to Nintendo Switch! Tribute Games confirmed the news with a new trailer featuring new gameplay and confirmed also that it would launch later this year! 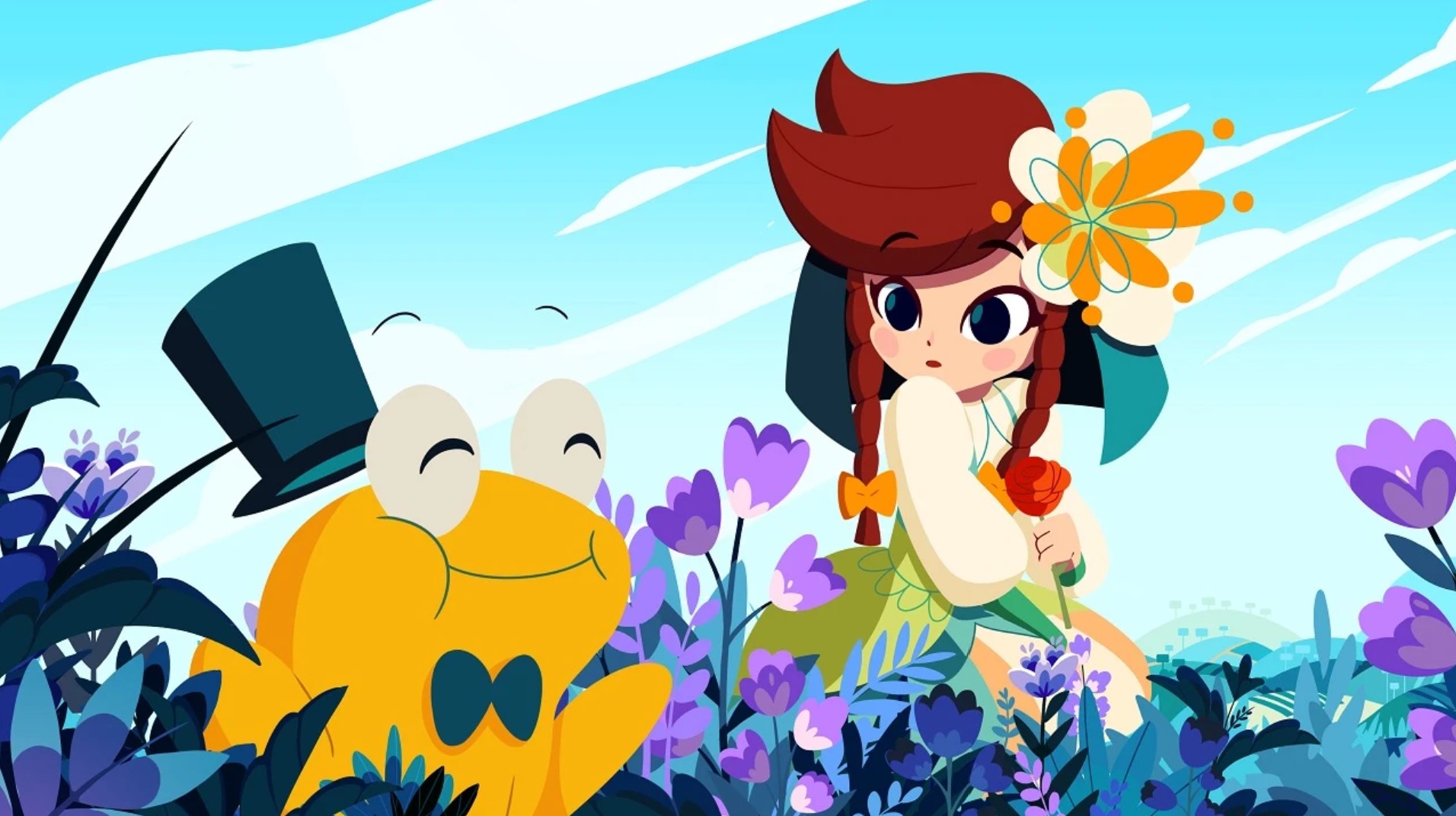 Cris Tales from Dreams Uncorporated is finally launching and we know the final date: July 20, 2021. To stop the Time Empress and rewrite the future of the land, you will embark on a harrowing journey across the kingdoms, meeting and recruiting powerful allies to aid in the fight.

This announcement took me by surprise and for good reason; GetsuFumaDen: Undying Moon is from Konami, which in 2021 is unheard of. Described as an intense hack-and-slash rogue-lite in a dark fantasy world, you’ll explore 10 Ukiyo-e style stages. I just can’t believe Konami showed up today. 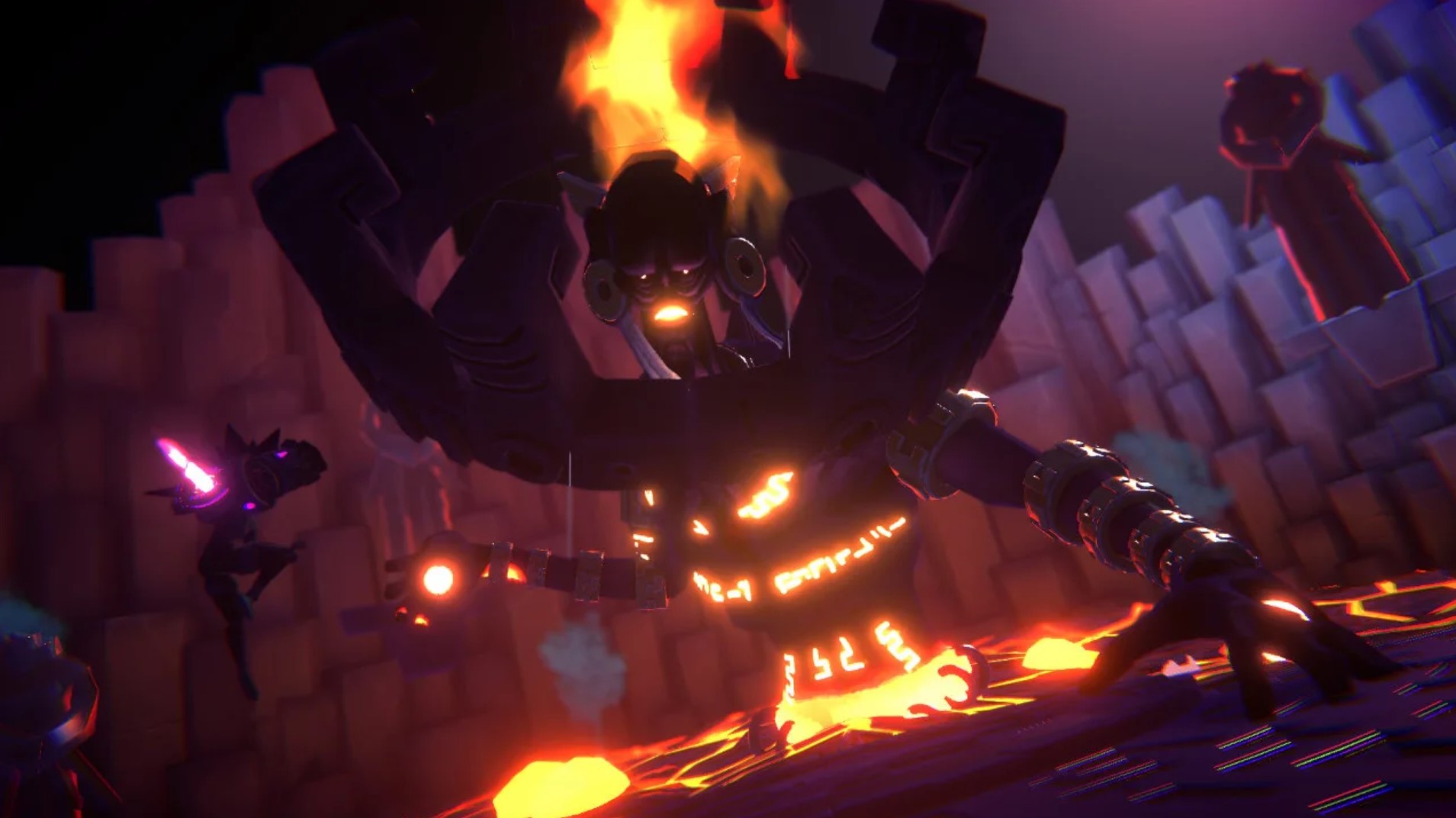 Aztech Forgotten Gods made a splash today during the Indie World Showcase. It is described as a cyber-stone action-adventure title where you play as Achtli, a young woman battling colossal Forgotten Gods. I’m pretty interested in seeing how Aztech plays out, and I love the far-future Mesoamerican setting the developers over at Lienzo have chosen. Their previous game, Mulaka was fun and is available on Switch. Aztech Forgotten Gods launches this fall. 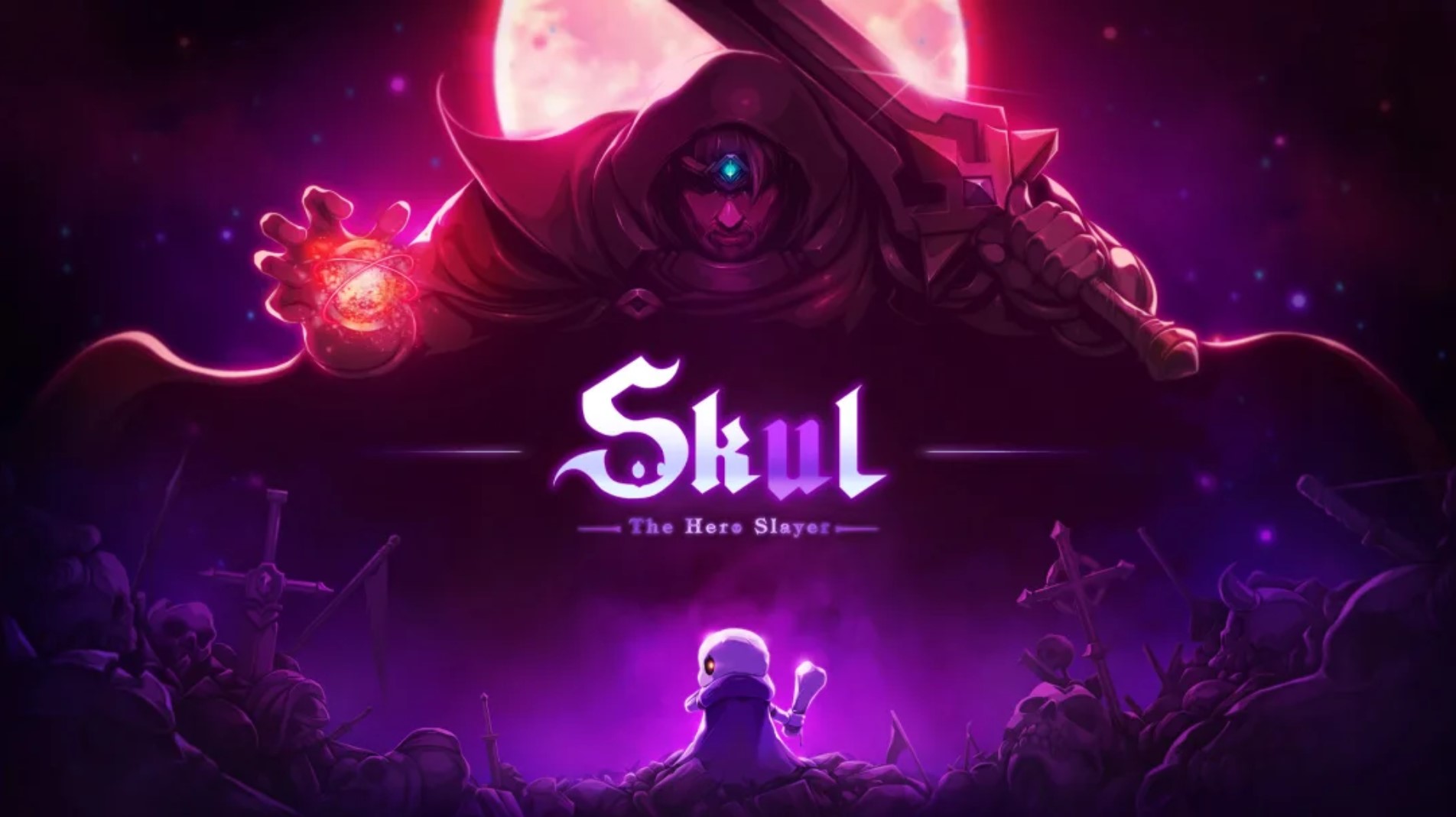 Skul: The Hero Slayer is coming Summer 2021 to Nintendo Switch. It comes from SouthPaw Games and is an action-platformer where you help Skul take on the Imperial Army and rescue his King.

Nintendo ended the presentation with a sizzle reel that included a few interesting titles:

Lastly, Nintendo revealed that we’re getting a sequel to Oxenfree. Night School Studio is working on Oxenfree II: Lost Signals which is set five years after the events of Oxenfree. you play as Riley who returns to her hometown of Camena to investigate mysterious radio signals. What she finds is more than she bargained for.