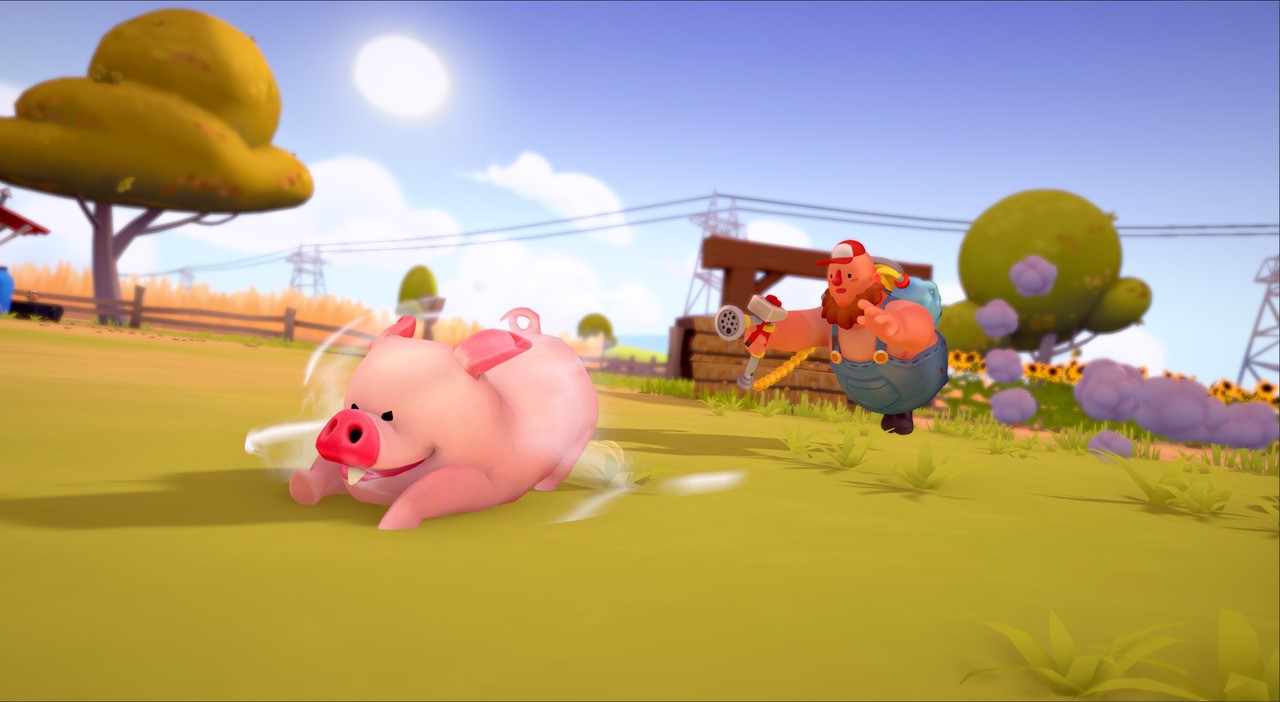 For the third week in a row, Apple Arcade has another wave of games available on its subscription-based game service. For one low price of $5.99, users gain access to exclusive access to over 100 games, playable across iPhone, iPad, iPod touch, Mac and Apple TV. You can get also get a one-month free trial before paying a monthly fee. Hogwash is from Bossa Studios, and you’ll have to pick a side between the bumbling farmhand who wants to keep his workspace clean, or with the mischievous pigs who want nothing more but a mess all over the farm? In a one versus three players scenario, it’s a race against the clock to colour-soak the farm for your chosen side. Hogwash can be played solo or via online multiplayer, and it looks like a good time!

Fallen Knight looks great and has roots in classic side-scrolling action games. Set in the future, there’s intense swordplay mixed with exhilarating boss battles. Developed by Fair Play Studios, this is one of the exclusives I’m excited to get my hands on today. You play as Lancelot, a Knight of the Round Table. After his city is overrun with enemies, he’ll have to work against them revealing an ages-old secret. The game features responsive action across six stages with intense boss fights, a unique parry/disarm system and multiple endings. Yaga is from Versus Evil and you’ll have to smash, clobber and bash your way through Slavic mythology while taking on legends from the lore. You play as Ivan, a one-handed blacksmith who is tasked by the local tzar to complete these tasks. There’s also a mysterious witch called Baba Yaga, who oversees Ivan’s future. Set with a world full of Slavic legends and ancient Pagan beliefs, this is one of those quirky games that have my interest. Featuring a head-bobbing Romanian hip-hop soundtrack from Subcarpați and striking, hand-drawn 2D artwork. Yaga is an authentic love letter to childhood fables from Romanian indie developer, Breadcrumb Interactive. Featuring multiple endings, various ways to solve encounters, lots of characters and hidden secrets, you’ll have a lot to do! Lifelike is from kunabi brother and is for all ages, interactive experience. Ignite your sense of wonder and lose yourself in a world filled with beautiful, enigmatic, and sometimes strange flocking species and creatures. Designed to be a playful interaction, Lifelike is meant to be a calming experience as you join the captivating world. , Lifelike is designed on swarm behaviour, one of the most aesthetically striking natural occurrences that can be observed on our planet. Tales of Memo is from publisher Ten Days and is inspired by the classic Memory card game, in which you defeat enemies by solving memory puzzles. Accompany Memo and his friends on an epic journey through a frozen landscape, battling enemies in exciting memory puzzles. The game will challenge your logic and memory skills, as well as your reflexes during Boss fights.