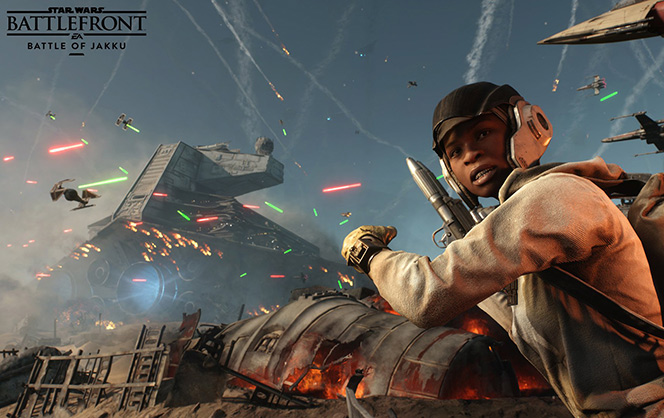 John Boyega, who has starred in last year’s Star Wars film, as well as other roles in television and film, asked the question we’ve all been wanting an answer to:

The online only game launched with no dedicated story mode, disappointing many purchasers and would be buyers from completing the sale!

EA gracefully invited John to their UK offices to discuss his question further, hopefully getting the ball rolling on something great!

While as of now, this is definitely a pipe dream, maybe EA can realize that gamers do indeed like an included story mode to jump into, and a multiplayer only game has a shelf life of only so long before being dropped for the next big thing.

The reasoning behind deciding to leave a real dedicated single player mode out of Battlefront is because EA seems to think no one cares for that anymore.

“Very few people actually play the single-player on these kind of games. That’s what the data points to.”

But I guess when the head of EA, Peter Moore says something, it must be true right?