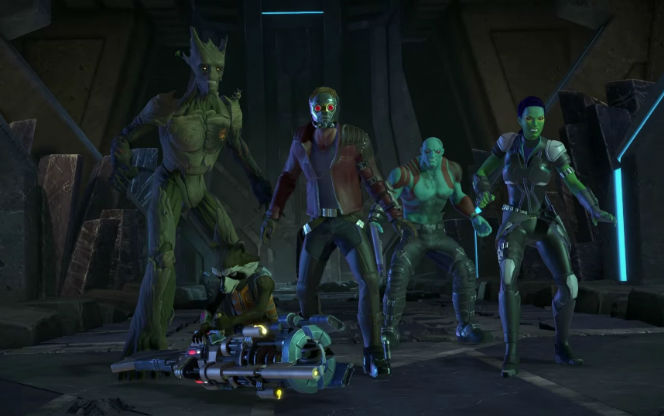 Telltale has unveiled the release date of the next episode in their Guardians of the Galaxy episodic adventure. Episode 2, titled ‘Under Pressue’, is due to hit consoles and devices on June 6th.

In “Under Pressure”, the Guardians just can’t seem to outrun the past (or their tab), but if they figure out how to control the untold power of their mysterious new relic, they might not have to. With help from dubious old friends and unwilling new allies, Star-Lord and company scour the galaxy for answers. But how long can they elude the genocidal maniac hunting them? And will simmering tensions finally tear the team apart?

The episode is also said to have an interesting development into a certain raccoon’s past.

Episode 2, “Under Pressure” will launch June 6th on Xbox One, PlayStation 4, PC, iOS, and Android.