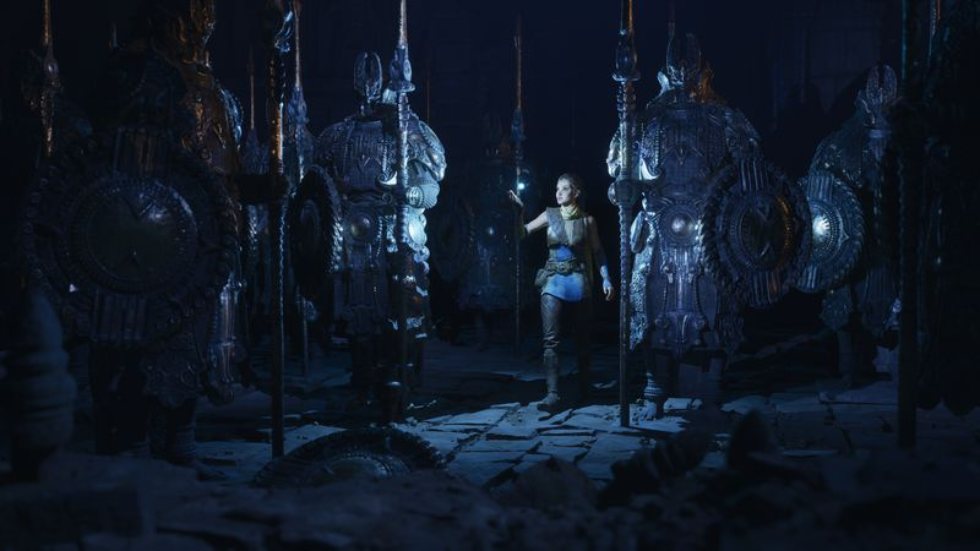 Geoff Keighley teased another announcement today at 11:00 AM ET and he dropped an impressive looking tech demo with the help of Epic Games.

During the Summer Game Fest livestream, we got our first glimpse at Unreal Engine 5 running on PlayStation 5. Called “Lumen in the Land of Nanite,” the technological demo isn’t an actual video game but it showcases what developers can do with the latest iteration of Unreal Engine. And while Epic Games stated the demo is playable, I think many of us who watched want whatever this is, to be a full-fledged title.

The biggest takeaway from today’s event focus on the new tools used in Unreal Engine 5: Lumen and Nanite. According to engineers working on the engine, Lumen refers to the new lighting system which is fully dynamic. Nanite is a tool focused on creating more detailed environments and it’s clearly a spectacle I’m ready to invest in after watching the demo.

Here are the two blurbs better explaining what Lumen and Nanite do:

Nanite virtualized micro polygon geometry frees artists to create as much geometric detail as the eye can see. Nanite virtualized geometry means that film-quality source art comprising hundreds of millions or billions of polygons can be imported directly into Unreal Engine—anything from ZBrush sculpts to photogrammetry scans to CAD data—and it just works. Nanite geometry is streamed and scaled in real-time so there are no more polygon count budgets, polygon memory budgets, or draw count budgets; there is no need to bake details to normal maps or manually author LODs, and there is no loss in quality.

https://www.youtube.com/watch?v=mSbPo_vMZdU
Lumen is a fully dynamic global illumination solution that immediately reacts to scene and light changes. The system renders diffuse interreflection with infinite bounces and indirect specular reflections in huge, detailed environments, at scales ranging from kilometres to millimetres. Artists and designers can create more dynamic scenes using Lumen, for example, changing the sun angle for the time of day, turning on a flashlight, or blowing a hole in the ceiling, and indirect lighting will adapt accordingly. Lumen erases the need to wait for lightmap bakes to finish and to author lightmap UVs—huge time savings when an artist can move a light inside the Unreal Editor and lighting looks the same as when the game is run on the console.
Unreal Engine 5 will be available in 2021 and according to the FAQ, royalties when using the engine are waived on the first $1 million in gross revenue. This is retroactive to January 1, 2020.
Speaking to Tim Sweeney, the head of Epic mentioned that the SSD technology powering the PlayStation 5 is astounding.
Related