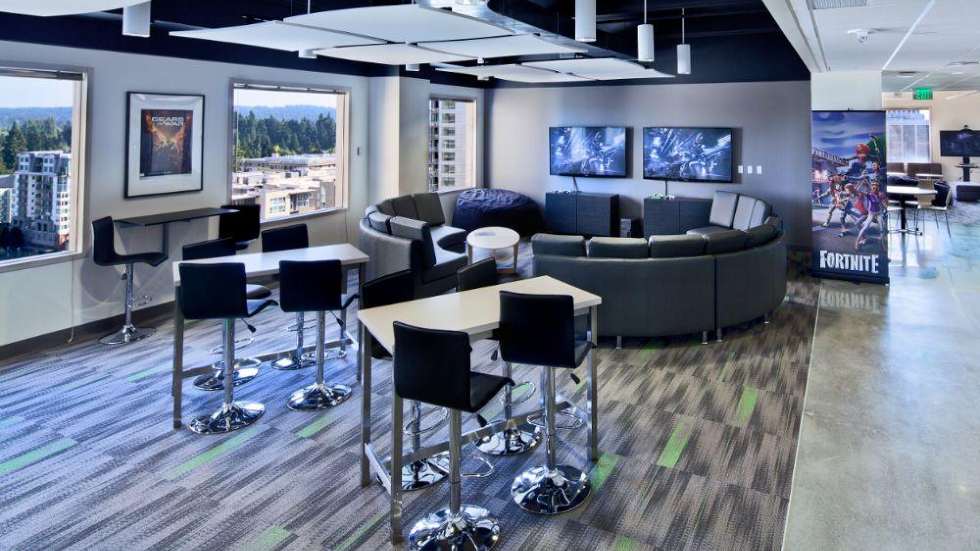 Epic Games No Longer Alternates Fridays Off For Staff

Epic Games has ended its policy brought on by the pandemic that gave employees alternating Fridays off, leaving staff angry at the decision. In the wake of many industries looking to change to a four-day workweek, and with Eidos Montreal revealing they now only support four workdays, the uproar seems granted given how we’re not clear of the pandemic just yet. The report, published earlier today on Bloomberg gives us an idea of how reception to the news has been taken by employees.

On an internal Slack channel, employees have filled it with pleas asking Epic to reconsider its stance. Several employees indicate what the extra vacation time has done for their mental health, giving them the time to focus on personal matters including parenting children, increasing productivity while working on Fortnite.

However, as positive as the extra time given has helped employees, Epic says the policy was always meant to be temporary and the goal was to allow employees and contractors to use paid time off on their own time. Development studios also close for two week breaks at Christmas and in the summer.

“Right now, we are seeing lots of Fridays off for deep work, and lots of people who must work Fridays anyways,” Chief Operating Officer Daniel Vogel tells staff. “This meant that many people were not benefiting from this policy equally.”

Bloomberg recently viewed a survey of 581 employees where 93% had said the alternating Fridays to be  “extremely beneficial” and 61% said they felt stress, guilt, or worry when taking a separate vacation day instead. A whopping 90% said they want Fridays off.

Four-day workweeks have a topic of discussion across the video game industry. In a business where crunching long hours and working overtime is the norm, the change to shorter work days and work weeks feels like it’s become necessary given the pandemic has changed how the entire world operates. Being more flexible is needed and business that do not yield to these changes will suffer for it. Some places have rushed to get employees back into the office, some have indefinitely made remote work permanent and others have split time down the middle between remote and in office days.

Epic Games’ shift to a five-day work week counters the four-day workweek introduced at Young Horses, where a four-day week is now permanent. Eidos Montreal offers the same to its employees at two separate studios. “The perceived gain simply can’t compare to the actual evidence of what we have already achieved over the past 18 months, which is more than anyone else in the industry could ever hope to achieve — all with alternating Fridays off.” says an employee to Bloomberg.