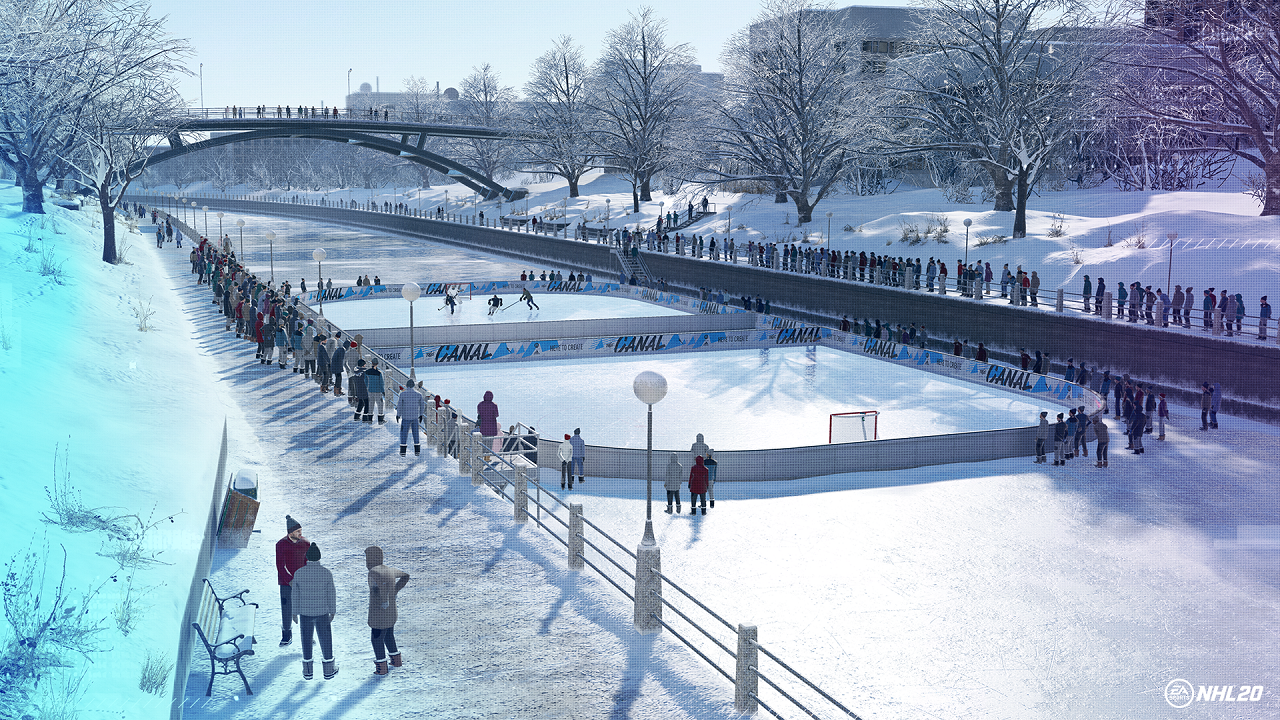 Enjoy The World Of Chel In NHL 20

The release of the yearly NHL iteration marks not only an exciting moment for gamers, but also for fans of hockey in general as it means the start of a new season is just around the corner. NHL 20 will keep everyone entertained as we patiently wait for that first home game so we can sport our jerseys to school and work to show our support.

Tighten your laces and sharpen your skates as it is time to get back on the ice and prove to the online Chel community that you are player who will do whatever it takes to be victorious. The World of Chel was first introduced to us last year in NHL 19 as a refreshing take on competitive multiplayer. It is no surprise that they have improved upon those features to slightly enrich the overall package, most likely making Chel the main focus of future releases. We have the return of EASHL Clubs in NHL 20, a fan favourite team-mode where teams compete with one another online. Improvements have been made to the customization options as micro-transactions have now been removed for the gear that is acquired through hockey loot bags and is now entirely unlocked through gameplay and completing various challenges. The addition of over 900 new pieces of gear will also help each player stand apart on the ice as you perfectly capture your own unique style.

It is impressive to see the addition of a battle royale-like mode entering the hockey world in Ones and Threes Eliminator. Ones Eliminator has 81 players competing, the finalist being crowned victor of the seven kingdoms and awarded rare items. Attaining this glorified position will require players to be victorious across four rounds and each loss will place them back in the first round. Threes Eliminator will require teams to win three matches to be crowned victor and also attain special items. Luck will only get you so far in these Eliminator modes, so it is best to take a moment, or several, to practice and fine-tune your skills within the Pro-Am mode where you can battle against stars from the present and past. You are also able to earn points towards Chel progression here, but I really see it as an impressive tutorial and practice rink for the online realm of Chel. Difficulty increases as you progress through each match, giving you a taste of what you can expect online while working on improving upon your weaknesses. Stick manipulation to achieve those skill shots close to the net are better tested here than within an Eliminator mode. Learning these skilled moves will make you a worthy opponent online as you will see some players have some very impressive skills on the ice.

NHL Ones Now is probably my favourite addition this year as you can now enjoy the Ones experience offline with local multiplayer. My excitement for this cannot be fully described in words as I am no master when it comes to competing online, so I never progress too far in the eliminator matches in NHL 20, or in any online sports game for that matter. Having the ability to enjoy the mode without the pressure of advancing is a huge relief and lets players enjoy the experience at their own pace. The only downside is that you can only pick from a selected roster of players, but you will at least be able to witness certain rinks that you would only dream of reaching within other modes. The addition of The World of Chel in NHL 19 was well received and it will continue to do so as new additions every year will enhance the overall experience. The main driving factor behind its success is simply how enjoyable it is. Players can quickly jump in for a few quick matches and love every minute of it (more so if you are winning). The Eliminator modes will require a player’s skill level to be top-notch in order to succeed, but that is counteracted by Ones Now where players can compete offline and even play with a friend. You can have a look at Luke’s full review of NHL 20 HERE, but there is no doubt that The World of Chel remains one hell of a good time.