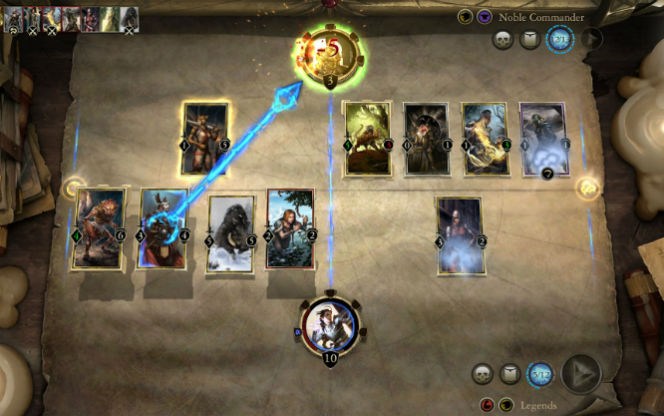 Bethesda announced today that their free-to-play card game, Elder Scrolls Legends, to iOS and Android sometime next month. It was also announced that a new Skyrim expansion will be coming to the game at the end of the month.

On June 29th, the Heroes of Skyrim update will hit the game and add 150 new cards that will introduce new mechanics such as Shouts (of course) and a bunch of Dragons. Aela The Huntress, J’Zargo, and Delphine will also be joining the fight.

New in-game content is coming as well, such as tournaments, a Chaos Arena, and some Dark Brotherhood story content. All this will be added when the game launches on Mobile.