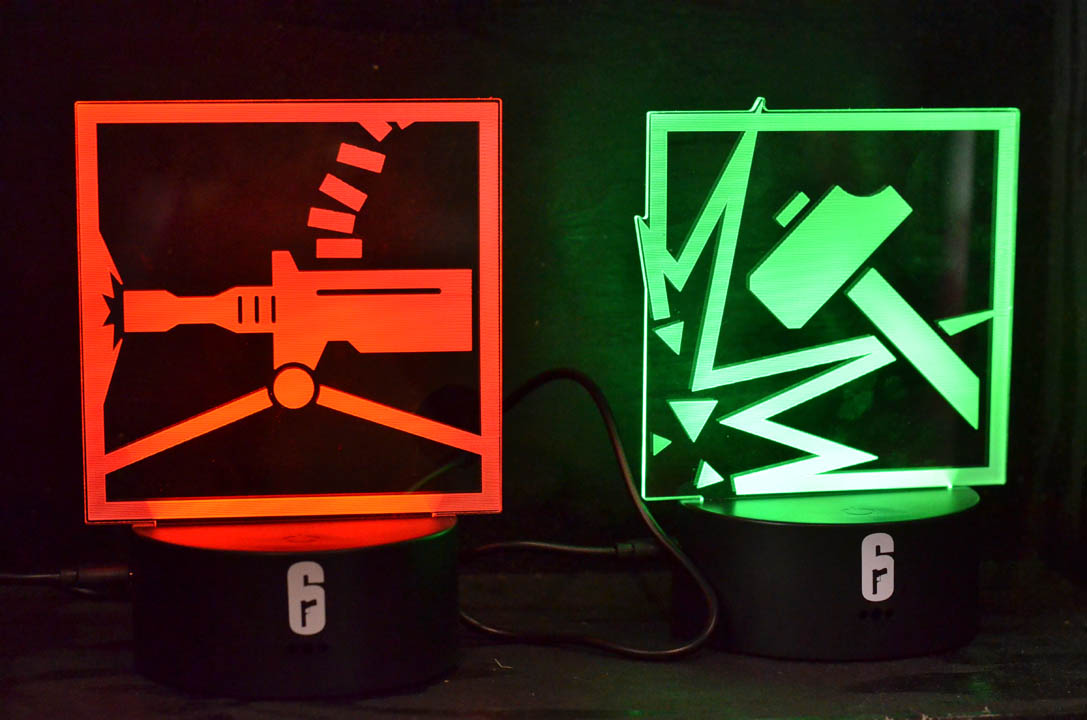 If you’ve spent any time in the world of Ubisoft Montreal’s Rainbow Six Siege, you know that it’s got some of the most diverse official merchandise of any major esport. The company has an official creative team working in Montreal to make sure there’s always something new to help fans show their pride for the game. But they can’t do it all on their own; sometimes, the team needs a strong partner. And that’s where Toronto’s FanFit Gaming comes in. Last year, FanFit gaming released the first wave of Ubisoft official Operator pins — which allows fans to wear the icon of some of their favourite operators.  There are currently pins for nearly all of the 50 Operators. But now FanFit Gaming has taken the next step in its Rainbow Six Siege collection of merch — introducing the R6S Operator acrylic lights and mugs. The new additions are a result of the love fans have shown for the pins, the hard work that the FanFit Gaming team has put in at conventions, and Ubisoft Montreal’s willingness to partner with people interested in the R6S world. At EGLX this past weekend, Console Creatures got a hands-on look at the mugs and lights and we love them. I, for one, know that I need a hit of coffee in the morning that is not unlike Ash’s breaching rounds. So I’ve started drinking my morning coffee from her icon mug. Each mug is dishwasher and microwave safe, so if your drink goes cold while you’re focused on winning a map, it’s easy to warm the cup. Each mug features a contrasting colour pattern based upon the Operator’s icon — which really makes these mugs stand out. I’m a fan of the bright orange handle on my new Ash mug — partly because it’s so easy to see when I’m quickly looking away from my game to take a drink! I think my next pickup will be the Jager mug because of that sick yellow and green contrast. I don’t stream, but I’m sure that mug is going to catch a few eyes if you do!

The acrylic light USB-powered, so they make a great addition to your streams or even just your personal gaming space. There are seven different colour settings, so you’ll never be bored, and you’ll be able to add your little bit of flair to the icon. Each acrylic light is guaranteed to run cool and bright for five to seven years. I’ve been a fan of the FanFit Gaming neons ever since I saw them at Fan Expo last year. The ones that I’ve purchased look amazing in my space, but I’ve heard from streamer who say the neons don’t always show up nicely on camera. I think the acrylic lights will help solve that issue because they appear crisp on bright when viewed through a lens. There are currently six Operator mugs and nine acrylic lights to choose from. There are also some great introductory sales going on over at FanFit Gaming.