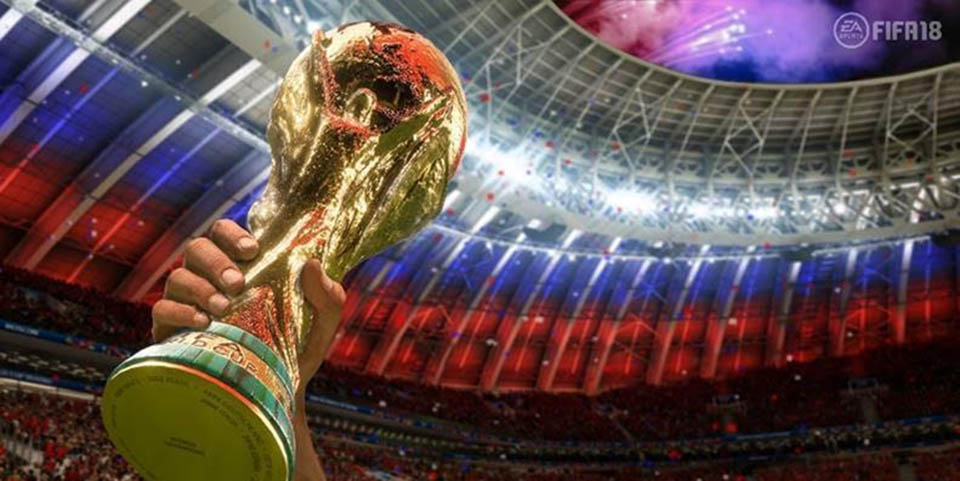 I know that with the last few World Cup tournaments taking place, I’ve spent a full $70 for an updated version of the same game, with each country getting their updated kits and rosters available, and for a while I was okay with this, until one day I wasn’t and I disagreed with the practice that EA was partaking in.

That has changed though, as EA has announced that a free update to FIFA 18 will arrive this year and will bring the world’s biggest tournament to consoles beginning on May 29 for PlayStation 4, Xbox One, PC, and Nintendo Switch.

The update will what is being called a ‘complete’ experience, which will allow players to experience the tournament start to finish through official World Cup elements, including authentic teams, stadiums, kits, badges, Official Match Ball and the Official Winner’s Trophy. The update will include 32 qualified nations to try to earn the prestige of being the best country in the world, and you can create custom tournaments, partake in online friendlies and online tournaments.

In addition, there will also be 12 stadiums in Russia which feature authentic pitch environments, and national team banners, with the official 2018 World Cup graphic and broadcast package made available to make everything 100% genuine to the experience.

I’m ready to see who the world’s best soccer team is, and this year I’m hoping for an underdog to take everyone by surprise. While my home country is sadly not in this tournament, I’m rooting for Portugal to make it to the finals.