The Dyson V12 Detect Slim is a lighter, more compact product for those looking for something that combines a full suite of features expected from the Dyson brand but in a lightweight package. The V12 Detect Slim also includes the laser illumination feature recent products from Dyson have included, giving owners a perfect combination of power and size. 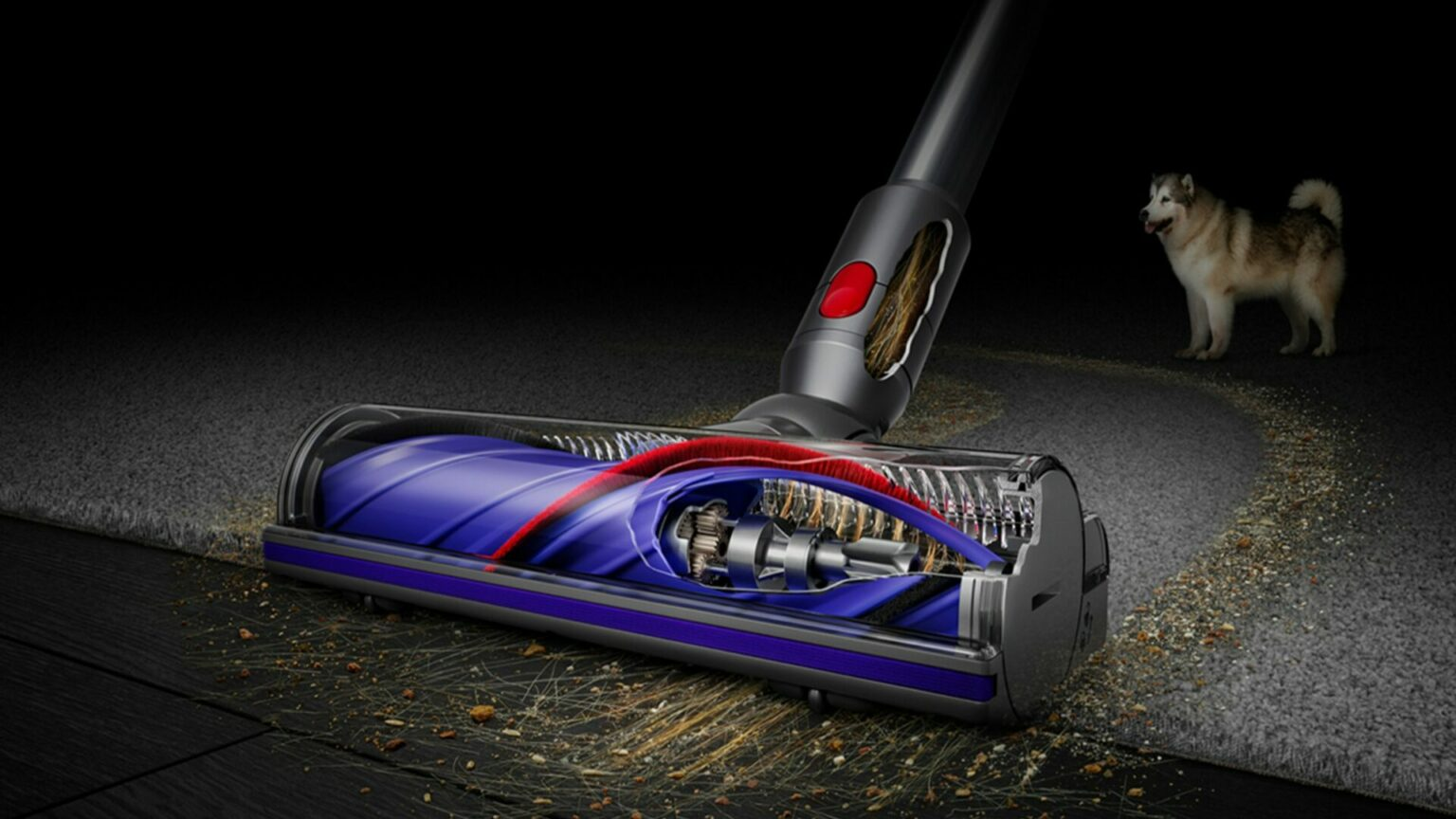 Engineered to detect hidden allergens and pollen as small as 10 microns, the V12 Detect Slim is equipped with an acoustic piezo sensor that uses scientific proof of what you’re picking up from your floors. The included piezo sensor can detect and see 15,000 particles per second and you can confirm this by looking at the LCD screen included on the V12 Detect Slim. It also includes a single-button controller, separating itself from older devices.

Furthermore, the Dyson V12 Detect Slim joins the Dyson V15 and the new Dyson Outsize+ as part of the laser range, giving you three vacuums at different price points to fit your needs at home, all being able to find hidden dust and pet dander thanks to the laser illuminations.

The brush bar technology used in the V12 Detect Slim is designed to pick up types of hair from human to feline and canine. It is inspired by a detangling comb with the brush bar using hair remove vanes, to mitigate all hair types into the cleaner head. Using polycarbonate teeth and a set of nylon bristles, the anti-static carbon fibre filaments and strong suction power capture all tangles and larger debris.

The V12 Detect Slim is available now online and in Dyson Demo Stores around Canada and retails for  $849.99.

As mentioned earlier, Dyson has refreshed older devices with new tech. The V8 launched in 2016 and has now been upgraded to include the de-tangling technology with a new Motorbar cleaner head and the de-tangling Hair screw tool. To trap invisible particles the size of pet dander and allergens, the V* has fully-sealed filtration that traps99.99% of fine dust as small as 0.3 microns.

Dyson is also introducing the Ball Animal 3 – including the same dust pick-up performance, whole filtration and maneuverability of previous full-size Dyson vacuums with key additions including the Motorbar that uses angled bristles which follow a spiralling helix design to migrate hair along the brush bar, from left to right. The Ball Animal 3 Extra includes the Pet Groom Tool for grooming, and the Tangle-Free Turbine Tool to remove ground-in hair and dirt. 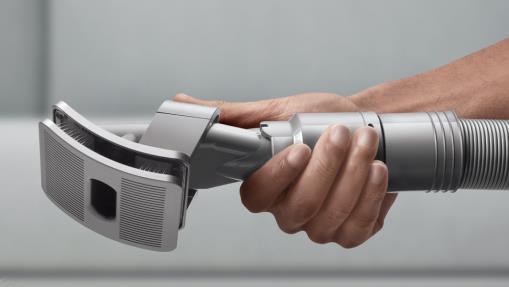 Another new tool for pet owners is the Groom Tool from Dyson. Dyson revealed that 53% of dog owners and 68% of cat owners5 in Canada allow their pets to sleep on their beds. Yet only 38% of Canadian pet owners are aware that house dust mite feces can reside on their pets. Designed to remove your dog’s loose hairs, pet dander, and microscopic skin flakes, the Groom Tool is now compatible with the Dyson Outsize, Dyson V15, Dyson V12, Dyson V11, Dyson V10, Dyson V8 vacuums.

The Dyson Groom Tool will be available in Canada later this year. 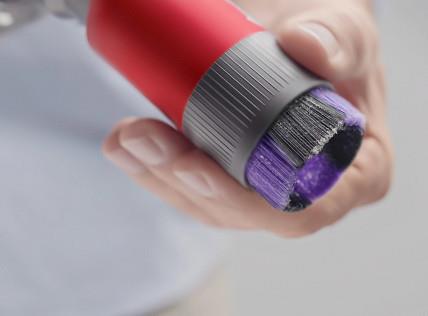 Traditional dusting tools potentially use coarse bristles to agitate dirt, leading to a chance of scratching surfaces. Enter the Scratch-free Dusting Brush – equipped with 8,1000 ultrafine and densely packed Polybutylene Terephthalate polymer filaments, a material inspired by fine paint and makeup brushes. The bristles are taped to 0.05mm to avoid scratching surfaces with the brush possessing a rotating cuff to remove dust and debris from bristles hygienically.

The Scratch-free Dusting Brush will be available in Canada later this year.

Dyson’s last new tool is one I’m looking forward to picking up because we’ve all been there. Most cleaning tools are rigid and can’t reach those sometimes awkward spots. Enter the new Awkward Gap Tool that can twist 22 degrees. Thanks to multiple prototypes being tested at varying degrees, the engineers at Dyson found this to be the ideal angle to pick up dust and dirt in those hard-to-reach places including your car and home. With a width of just 12.5mm and 254mm reach, it is engineered to reach and clean deep into narrow gaps. The attachment also offers a secondary brush at the tip, to tackle the more stubborn messes.

The Scratch-free Dusting Brush and Awkward Gap Tool will be available in Canada later this year for $59.99