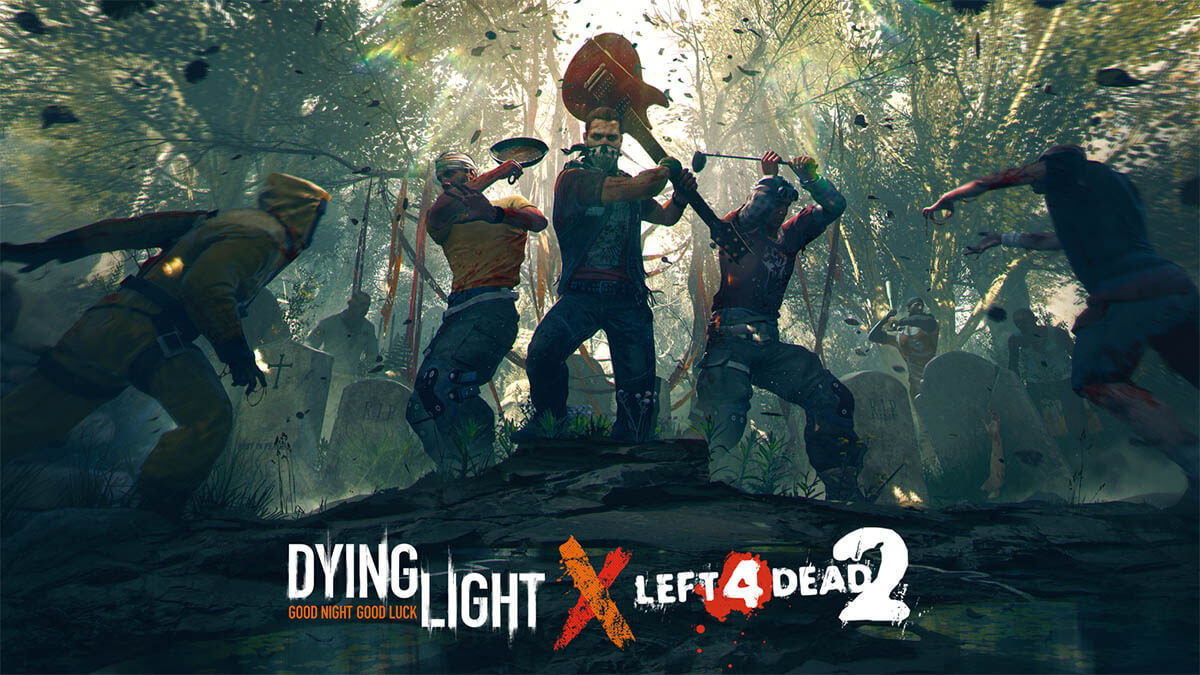 Dying Light Is Crossing Over With Left 4 Dead 2

Seemingly out of nowhere, Dying Light is doing Valve’s work and remembering that at one point, Left 4 Dead was the hottest zombie series.

We’ve waited years for a sequel to Left 4 Dead 2, but Valve isn’t interested in games as much these days, which is a shame because we all know how excellent their games can be. Surprisingly though, it looks like Techland knows what is going on and has a crossover in the works.

Via Twitter, Techland revealed their crossover, which incorporates weapons from Left 4 Dead, like the guitar, golf club, and a frying pan.
I’m not sure how involved this crossover is going to be, but the fact it is even happening is sure to drum up buzz for both games.