Dreadnought Is Now In Open Beta 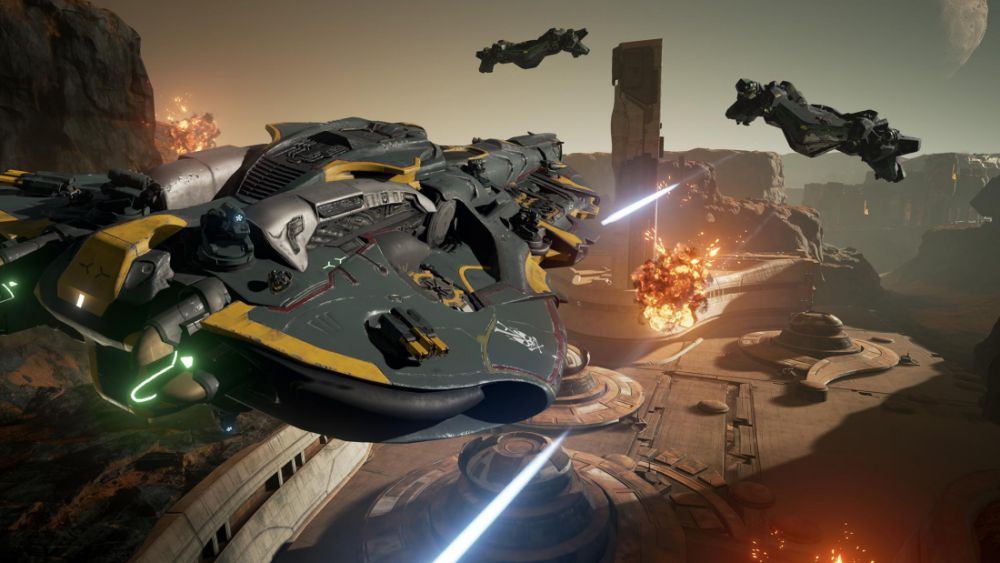 Dreadnought has gone into open beta!

If you’re interested, you can go to the PlayStation Store and download the game right now, which reminds me of Battlestar Galactica.

In addition to the maps featured in closed beta, the PlayStation4 open beta of Dreadnought introduces two game maps new to consoles and six bonus night map variations. It includes four game types: Team Deathmatch, Team Elimination, Training, and Havoc modes. Havoc is a cooperative mode exclusive to PlayStation®4 in which three players attempt to survive as long as possible against progressively tougher waves of enemies using ships they select and upgrade over the course of each match.

Dreadnought puts players in the captain’s chair of massive capital ships and on the front lines of tactical, team-based battles across a variety of competitive, multiplayer game modes. There are more than 50 playable vessels to master, each customizable with an array of weapons, modules, coatings and decals. Five distinct ship classes, specializing in vital roles like frontline assault, long-range bombardment, strategic support and more, offer captains unique powers to exploit the enemy team’s weaknesses and claim victory.