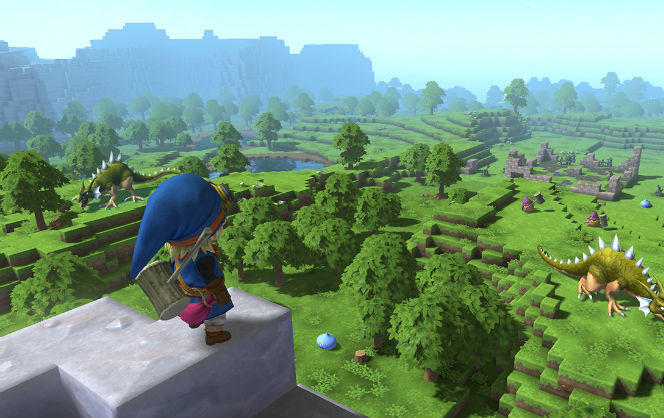 The World of Final Fantasy Collectors Edition and Dragon Quest Builders Day One Edition are both available for pre-order now from participating retailers. Embark on an adventure unlike any before to an all new WORLD OF FINAL FANTASY. With charming, stylized visuals for both the young and the young at heart, players will collect, raise, and battle iconic monsters by stacking them to form adorable yet strategic monster towers. The memorable legends of FINAL FANTASY come to life in this imaginative, colorful world as an epic story fit for the smallest of heroes unfolds.

World of Final Fantasy will be arriving on the PlayStation 4 on October 25th 2016. Generations ago, the realm of Alefgard was plunged into darkness by the terrible and treacherous Dragonlord, ruler of all monsters. Mankind was robbed of the power to build and forced to wander the ruins of their former home, scrounging and scavenging in the dust to survive.

Now it’s up to you, a Legendary Builder chosen by the Goddess herself, to return the power of creation to the people and rebuild Alefgard. Only when the wonder of imagination has been returned will mankind be able to overthrow the evil Dragonlord once and for all!