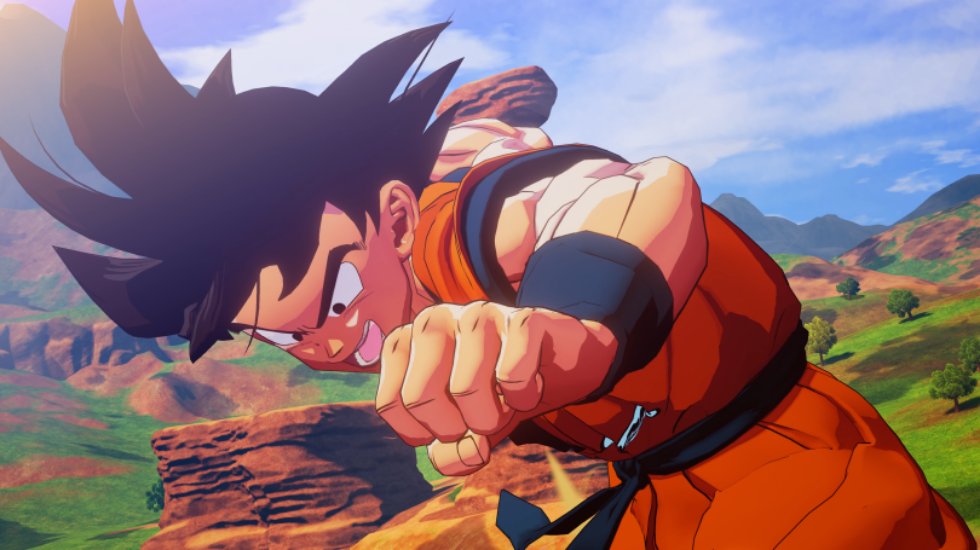 Dragon Ball Z: Kakarot has summoned Shenron to deliver a current-gen upgrade to the CyberConnect 2 developed title. Bandai Namco is offering the upgrade for free to current owns on Xbox One and PlayStation.

The new version will include updated 4K visuals with 60 frames per second, and reduced load times.

I had a lot of fun with Kakarot’s streamlined retelling of the Z saga. In my review, I said that “All things considered, I’m having fun playing through the familiar narrative of Dragon Ball Z: Kakarot. My total game time lasted around 45 hours and I completed the majority of the sidequest content. Sure, the game is hamstrung with some design issues, but the core is solid. Dragon Ball Z: Kakarot is rough around the edges but when things work, the gameplay shines and offers some momentous moments worth revisiting. Playing through Kakarot is one of the better ways to experience the series but the lack of finesse weighs the game down.”

While only the physical version is currently available for preorder, Dragon Ball Z: Kakarot will be available in Standard, Deluxe, and Legendary Editions.