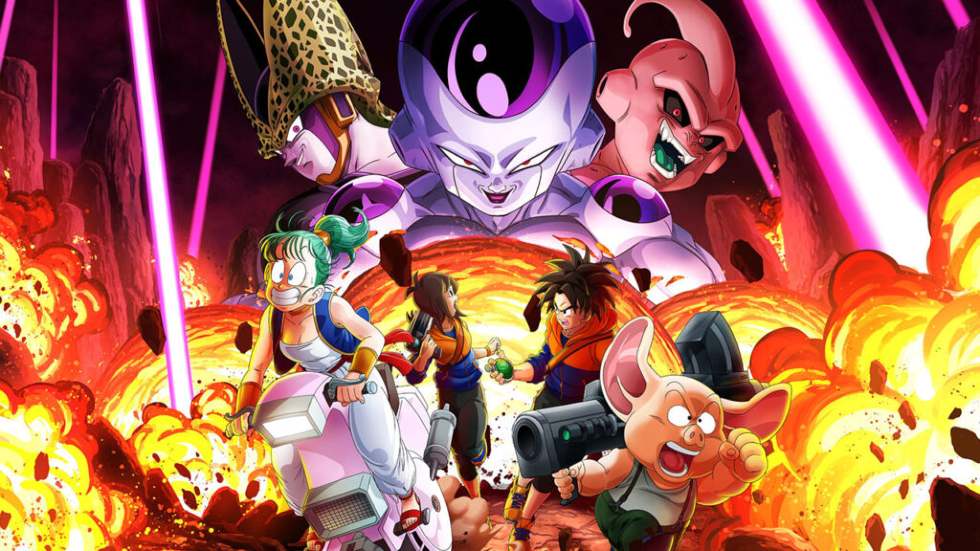 Bandai Namco has revealed a new game set in the Dragon Ball universe that looks to do something different with the property. In an announcement trailer, we got our first look at Dragon Ball: The Breakers.

Normally when a new Dragon Ball game is announced, it focuses on the Z-Fighters and the various sagas the anime and manga focused on. Today’s reveal does something entirely new by revealing Dragon Ball: The Breakers is an asymmetrical online multiplayer game where seven-versus-one matches occur.

The seven players are known as “survivors” and have been brought to the Temporal Seam, a mysterious phenomenon that pits seven people against one “raider,” based on the iconic villains in Dragon Ball, who must eliminate all survivors.” If you think this sounds like Dead by Daylight or Friday the 13th, I wouldn’t blame you.

The survivors have no powers, so you’ll need to use items, weapons, and vehicles to survive. The goal is to find the Super Time Machine and escape the Temporal Seam, while the player playing as Cell, Buu, or Frieza gains the power to destroy the survivors.

Dimps promises character customization you can upgrade and match using in-game credits and via in-game purchases. Bandai Namco says there will be a save data link to Dragon Ball Xenoverse 2.

“We can’t wait for people to try this completely new take on the Dragon Ball franchise!,” said Dragon Ball: The Breakers producer Ryosuke Hara in a press release. “We are working hard with the team at Dimps to provide a brand new fun asymmetric multiplayer experience that we want to be accessible for all while offering a strong wealth and depth of gameplay and situations. We are looking forward to welcoming you during the closed beta test.”

Dragon Ball: The Breakers will launch in 2022 on Nintendo Switch, PlayStation 4, Windows PC, and Xbox One.