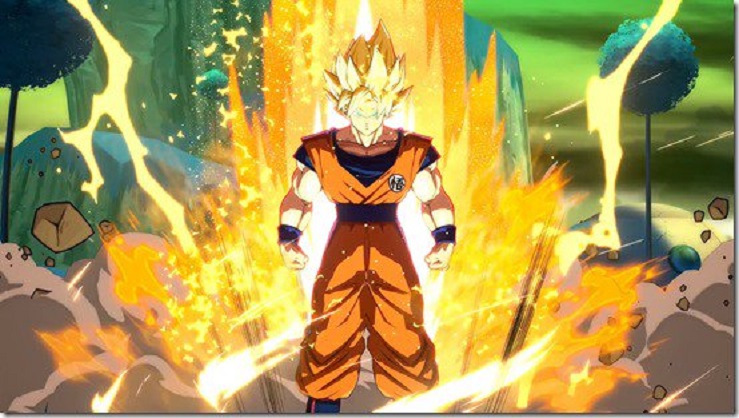 Dragon Ball FighterZ May Come To Switch If Fans Interested

The surprise announcement of Dragon Ball FighterZ being made by the Guilty Gear team was great to hear. The team at Arc Systems know how to build a competent fighting game and even Atlus asked them to work on bringing the world of Persona to the genre. It worked well, let’s be honest about that, because both titles were a blast to play!

Producer Tomoko Hiroki spoke to French website GameBlog at E3 about FighterZ and the potential of seeing the game on Nintendo Switch? The short answer is maybe.

Since the announcement of the game a few days ago, I have read many comments from players demanding a Switch version of Dragon Ball FighterZ. Speaking with people from Bandai Namco and developers, I heard it would be hard to put it on Switch because of the power limitations of the console and you had already had to make concessions on the Version Switch of Xenoverse 2 because the porting is complicated. Is it true that the Switch can not run Dragon Ball FighterZ?

Hiroki: I do not know who told you that, but there is really no question of power. We do not really encounter any difficulty with the Switch version of Xenoverse 2. I will say that if we continue to receive requests from the fans, we will manage to create a Switch version also. The latter may not come out at the same time as the others, but we might consider it.

There you have it, the game is very doable on the Nintendo Switch, it’s up to fans of the series and console to get the word out that this needs to happen!