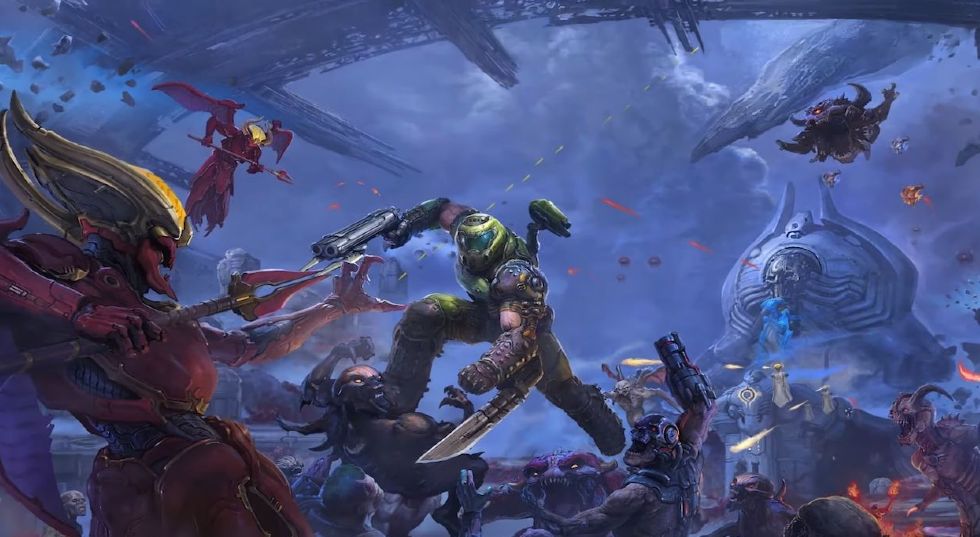 Yesterday, Bethesda and id Software teased the second piece of downloadable content for DOOM Eternal before coming out today and confirming a launch date. The Ancient Gods, Part Two will launch for PlayStation 4, Xbox One, PC, and Stadia on March 18.

In the trailer above, we see glimpses of what to expect when you boot up the new content tomorrow. Since you denied the gods and awakened an ancient evil, you’ll need to work with the Sentinel armies to lay siege against Hell and face off against the Dark Lord.

Expect new enemy demons, including the powerful new Armored Baron, the stalwart Stone Imp, the venomous Cursed Prowler, and the new Screecher zombie, which will strengthen others when it dies.

You’ll explore the ruins of Sentinel settlements, a devastated city on Earth, and explore the cosmic wonders of the World Spear.