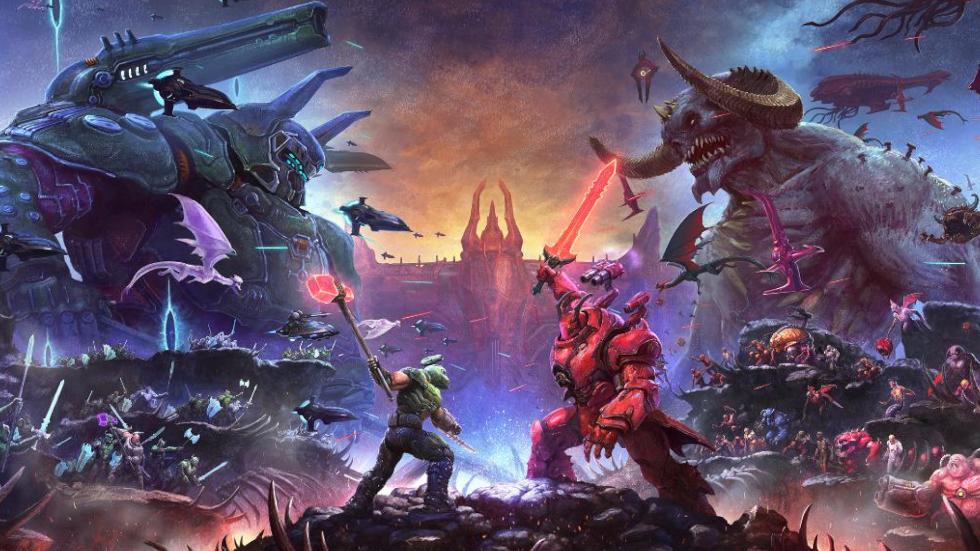 DOOM Eternal’s The Ancient Gods, Part Two Gets a Teaser

The video itself isn’t long but it certainly sets the tone for the next expansion to one of last year’s most exciting games. In the teaser, we see Doom Slayer getting ready to face off against The Dark Lord, which by the looks of it, will provide an ample challenge for players. Another trailer is set to arrive in just a few days — on March 17, and that will include a better look at the gameplay.

And with Bethesda now officially part of Xbox Game Studios, there are only a few confirmed games coming to PlayStation before Microsoft is able to utilize their biggest acquisition yet. Last week, Phil Spencer has this to say:

“So obviously I can’t sit here and say ‘every Bethesda game is exclusive’ because we know that’s not true. We have games that exist on other platforms and we are going to support those games on the platforms they are on. They are communities of players, we love those communities and we’ll continue to support them,” Phil Spencer when speaking about Bethesda.

“But if you’re an Xbox customer, the thing I want you to know is that this is about delivering great exclusive games for… platforms where Game Pass exists. That’s our goal, that’s why we are doing this, that’s the root of this partnership that we are building and the creative capability we will be able to bring to market for Xbox customers is going to be the best it’s ever been for Xbox after we are done here.”