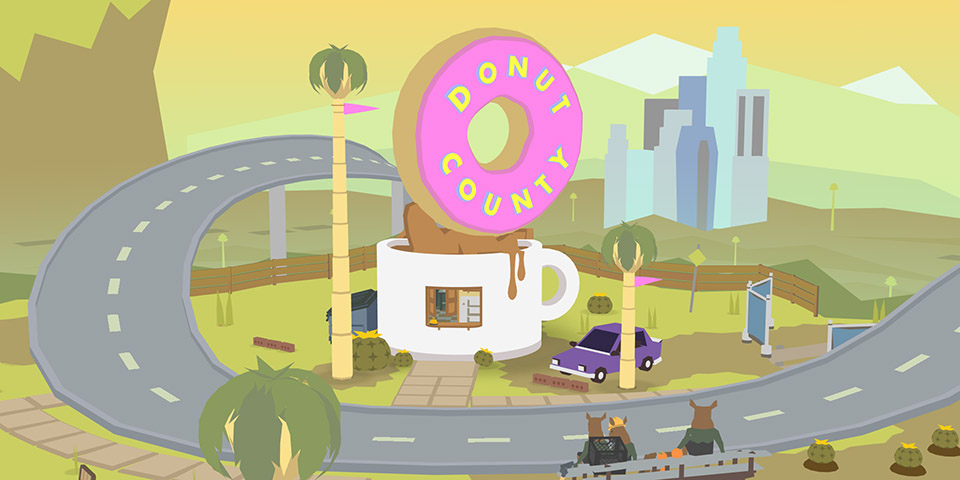 Donut Country Out Next Month

If you’ve seen anything about Donut County, you’ll agree with me when I say it reminds me of Katamari Damacy. Annapurna Interactive has been on a hot streak of releases lately, with the ever-amazing Florence, being something special, a title that’s left an impression on me. Inspired by the quirkyness of the Katamari series, Donut County sees you playing as a hole where your job is to swallow everything in sight.

Playing as a racoon who use small holes to steal peoples leftovers, you’ll soon grow to swallow bigger and bulkier things ranging from rocks to buildings. It isn’t as simple as it looks however, as there is some puzzle elements involved that help pace the gameplay. For example, a smaller item can be used on a bigger item to get past an obstacle.

It’s an outrageous title that is sure to be a ton of fun, so check out Donut County on August 28.