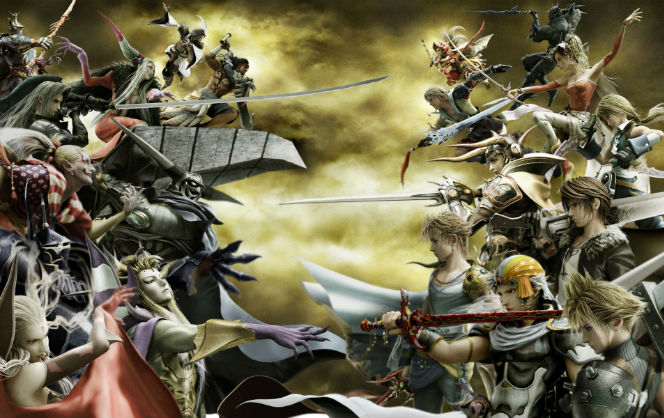 While not exactly the same Dissidia on PSP, Dissidia Final Fantasy NT will launch for PlayStation 4 on January 30, 2018, and will feature team-battles involving your favourite Final Fantasy heroes and villains.

In addition to a trailer released, Square has two versions of the game available to pre-order: SteelBook Brawler Edition
Customers who pre-order from participating retailers will receive one of three limited edition SteelBook designs at random. Each SteelHook design features a different set of iconic FINAL FANTASY heroes and villains to trade and collect.