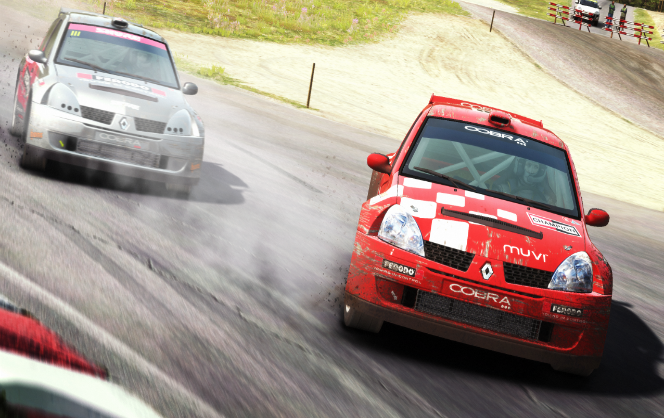 DiRT Rally Is Out TODAY

The latest from the popular series of rally racing video games is now available for home consoles. DiRT Rally encapsulates the rush of racing and the feeling of being on the edge of breakneck speed knowing in a blink of an eye, a single crash can be fatal to your lap times.

Tackle various types of terrain such as snow, ice, tarmac, and dirt, paired with numerous different types of weather. Rely on your rally team to make sure your car is in optimum shape as each new race becomes a test of skill and concentration.

Rally also includes officially licensed content from FIA World Rallycross, allowing you to try out some of the worlds fastest cars on the series’ well-known tracks in single player and intense multiplayer races. For all of you competitive types, DiRT Rally features online league support and challenges that allow you to go head to head with some of the best drivers in the world to earn in-game currency.

Numerous new additions were also added in-game for both PC and Console players. Experience the thrills of rallycross racing with the new Classic Mini and Super 1600 series’ with 21 video guides to help you improve your skills at the wheel. Drive the classic gravel surfaces of Pikes Peak for the first time ever, or if that’s not your style, three of Colin McRae’s most iconic uniforms will give you the full legendary rally champion experience.

Lastly, seven extra cars have been added to the game:

DiRT Rally is now available on Steam, PlayStation 4, Xbox One, and Windows PC.

Buckle your seat belts and check out the action packed trailer here: