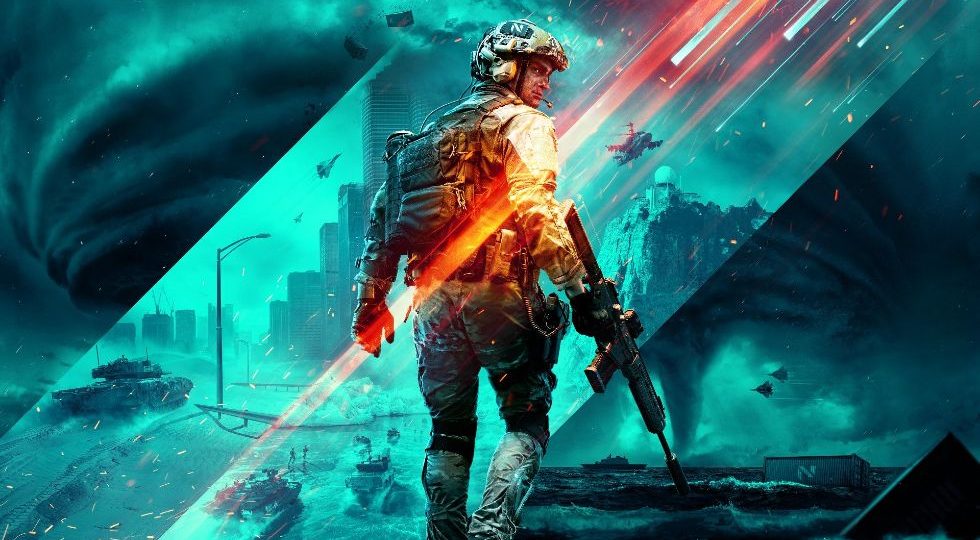 After teasing a countdown, which then led to excited Battlefield fans having to wait an additional hour, DICE and EA have finally confirmed Battlefield 2042.

Except we got a tiny glimpse of the game but no gameplay and the promise of having to return on June 13 to see the gameplay be revealed during what is likely the Xbox and Bethesda Games Showcase. Can you tell I’m not a fan of lollygagging fans around when all they want to see is something they’ve waited for ages to see?

Speaking on the PlayStation Blog, Gillen McAllister, a Senior Specialis at SIE revealed information about the upcoming multiplayer game. It is in development by Dice, Criterion, Dice LA, and EA Gothenburg. With this entry, the idea was to expand the sandbox and use the latest technology to power 2042, increasing density, retooling and expanding gameplay modes and mechanics.

The series returns to a modern-day setting after the last two games were set in World War I and World War II. Bringing the series forward and creating “what if” scenarios of society ready to crumble in the midst of climate change, the change feels fresh.

From the official description:

In a near-future world transformed by disorder, adapt and overcome dynamically-changing battlegrounds with the help of your squad and a cutting-edge arsenal.

Battlefield 2042 will feature support for 128 players on both Xbox and PlayStation across maps that span the entire world. The developers are working on updated multiplayer modes like COnquest and Breakthrough and adding new modes like Hazard Zone.

Furthermore, Battlefield 2042 will have different character types called specialists. At launch there will be 10 total, each coming with a Speciality and Trait.

“The former may take the shape of a grappling hook (for Assault types only – a quick zip to higher spots) OV-P Recon Drone (the mark of the Recon – which can be piloted or parked to pinpoint targets) or S21 Syrette Pistol (handled by Support – firing health vials at those who need them). Those nicely pair with Traits. Assault types are known for their nimbleness, whereas a Support Specialist doubles as a Combat Surgeon, capable of fully restoring a comrade’s health. ”