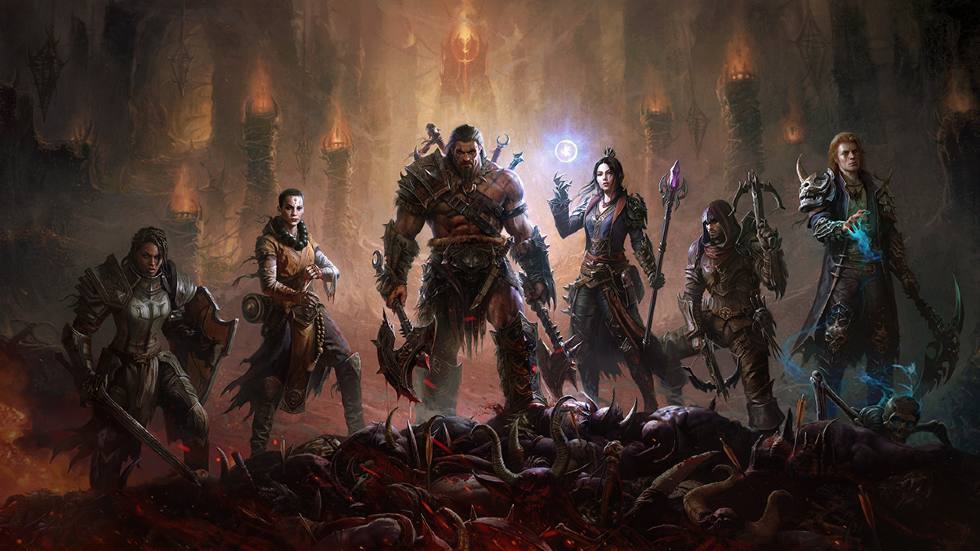 Activision Blizzard is currently facing litigation stemming from serious allegations of sexual harassment, inequality, lack of compensation, lack of promotions, and more. You can see much of the events covered by us at this link, giving you a breakdown of what’s happening with the publisher. This preview is a direct response to support the hardworking developers within the company.

Diablo Immortal has left me conflicted, in a number of ways.

Most recently; I left all Activision and Blizzard Entertainment games behind me. With all the allegations and horrendous stories of abuse, I couldn’t bear to boot up any more of their games. I not only uninstalled Warzone (a game I spent over a year playing with friends) but also Heroes of the Storm (my favourite MOBA I’ve been playing since it was in Alpha). I was reluctant to play the Diablo Immortal Closed Beta, it’s just one of many I was unsure I’d ever play again from Activision-Blizzard.

Back at Blizzcon 2018 when Immortal was first announced, it was hammered by a not-so-insignificant amount of Blizzard fans for being a “sell-out” product, or something that would take the Diablo team away from the next numbered sequel. While I don’t play many games on my phone anymore, at the time I thought I might as well sign up for early access if it ever reaches mobile devices.

Three years, a job change, a pandemic, and who knows what else; and I completely forgot about that day and signing myself up. I woke up on October 28th, 2021 to a message from the Google Play Store telling me the game was available to play. Despite my reluctance, I downloaded it and thought I’d give it a chance over the Halloween weekend.

Diablo Immortal is entering its Beta testing phase, bringing us one step closer to worldwide launch. Select participants will experience a host of exciting new features and updates. Starting October 28 select participants in Canada and Australia will journey back to Sanctuary.

I began with my go-to class from previous Diablo games, choosing the Wizard. I thought if I’m going to play a Diablo game on my phone, I might as well play with a familiar foe. Yes, her name is Charlotte, and yes that is the name of my 12-year old Shih-Tzu Bichon.

The game begins with a nice-looking and engaging cinematic, a Blizzard staple. You’re thrust back into the world of Diablo and Sanctuary, as a hero who will help save the villagers and previously strong armies as the dead, cultists, and the devil himself rise once again. For any Diablo veteran, none of this is new, though I have to admit it did feel good to be back in an environment I’ve been familiar with since the first title in 1997.

I really spent my Halloween weekend with the game because I was curious about the gameplay. I thought if there’s any game that could lure me back into the mobile space more long-term, it’d be something like Diablo Immortal. For the most part, I can see the seeds potential when this game eventually reaches a 1.0 release.

I was pleasantly surprised that the gameplay looks and sounds just like its predecessors. It plays with a left floating thumbstick to move, and a series of four talents, and a basic attack on the right; a setup familiar to many mobile games. I’m not the biggest fan of this setup, but it’s what you’re left with when it comes to mobile games. The controls are very responsive and on my Samsung Galaxy S20 I didn’t feel like I ran out of real estate on the screen or that I couldn’t see what I was doing. For a mobile game with so much going on, I found that to be a win.

I spent about 7 hours over the course of a couple of days and found myself intrigued enough with the gameplay to keep going. There are dungeons you can enter and team up with friends or random players, and as expected, a whole lot of gear. Unfortunately, all my progress will be reset at the end of the Closed Beta. Over the two and a half days of Sanctuary demon hunting, I did notice a few key differences between Diablo Immortal and its older siblings.

The photo above is the biggest and to me, least exciting aspect of this property living on mobile devices. The now all-too-familiar Battle Pass. I understand why it’s there, and I understand why it’s cool and exciting for some players, but it’s just not my cup of tea for a Diablo game. Despite killing hundreds of enemies an hour, I didn’t find as much variety in the levels or foes themselves. It’s definitely something that could be altered after the Beta, but for now, I don’t think I need to throw any more fireballs at cultists in this game or Diablo 3 ever again.

One of the biggest changes in Diablo Immortal I was disappointed with, was the lack of exploration. The game throws numerous quests at you in what feels like rapid speed in the first several hours, each one of them complete with footsteps on the ground to tell you exactly where to go. Veering off the trail in search of treasure? You might find some, but you won’t be able to go very far, the map is far more linear than Diablo vets will be used to.

Ultimately, I was more impressed with Diablo Immortal than I thought I’d be. It plays fairly smoothly for a game in Closed Beta, but it’s dragged down by the many ways Blizzard needs to make this a successful mobile project. Battle Pass, cosmetics, items, daily check-in bonuses. All of these can be seen in dozens of games nowadays, but it didn’t sit too well with me this time around.

I’ll likely check back in every few days with Diablo Immortal until the end of the Closed Beta, though I suspect myself and many others will just as enthusiastically be counting down the days until we see and hear more about Diablo 4.