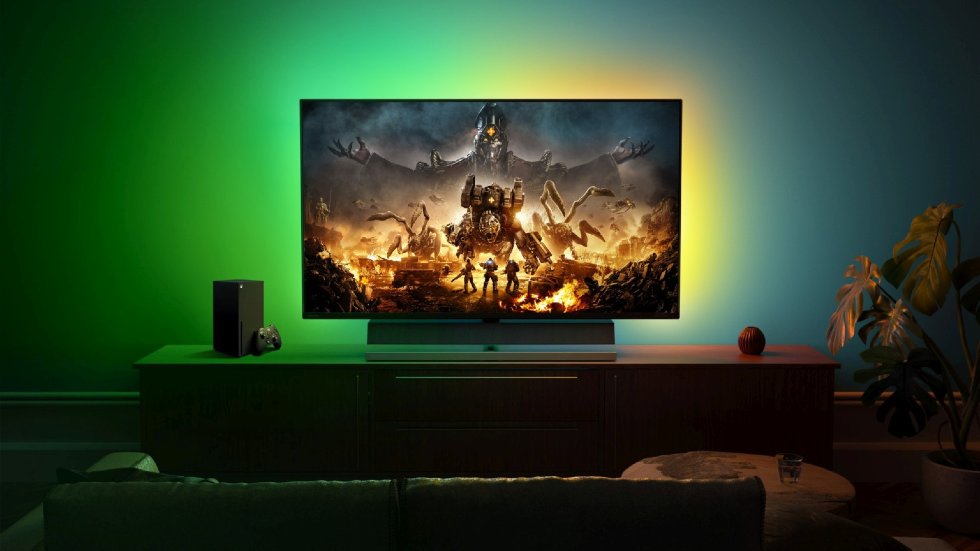 Xbox Is Launching A Designed for Xbox Monitor Line

If you’re more comfortable sitting at a desk and playing video games rather than on a couch, then Xbox may have your next purchase already lined up. While some prefer monitors to televisions, whichever way you decide to play video games comes down to comfortability, and I can get behind that.

I used to game on a monitor and I understand why it’s often the preferred way to play games. At the time though, when the Xbox 360 was in full swing, I purchased a top-of-the-line monitor to play Tales of Vesperia, so I get it. Monitors have come a long, long way since then with more companies offering better, comparable features to their yearly lineups.

So seeing this new Designed for Xbox line of monitors, I’m already second-guessing whether or not I really need one. There are some excellent features packed into each monitor like HDR, 4K at 120Hz, and Variable Refresh Rate (VRR). Xbox is working with Philips ASUS, and Acer and has been over the last few years to prepare these products to take advantage of the Xbox Series X|S and HDMI 2.1, with the line set to launch this summer.

You’ll soon see Gaming Features for Xbox appear on select monitors on the market, and these will take advantage of the Xbox’s full speed, performance, and technology powering the Series X|S.

The first monitor is the Philips Momentum 559M1RYV 55” and is a 55-inch behemoth monitor that doubles as a television with a built-in soundbar. The Philips Momentum was developed by Microsoft to take full advantage of the Series X|S and includes audio powered by, Bowers & Wilkins and new Ambiglow lighting to create a halo effect on the rear wall. The Momentum supports 4K resolution and 120Hz powered by AMD FreeSync Premium, to reduce screen tearing, with HDR and an exclusive Xbox mode. The Philips Momentum 559M1RYV 55″ will be available worldwide for $1599 USD ($1999 CAD).

The second is the ASUS Strix Xbox Edition Gaming Monitor XG43UQ 43” and will launch this October. The ASUS ROG Strix Xbox Edition includes 4K visuals with 1ms of response time and was co-developed by the Designed for Xbox Team. ASUS created an Xbox mode to take advantage of the colour, contrast, and hue settings of the Series X|S and features AMD FreeSync Premium to enable 4K at 120Hz gaming via HDMI 2.1 with HDR support.

The last monitor is Acer Xbox Edition Gaming Monitor XV282K KV 28” and supports 4K at 120Hz with HDMI 2.1 support. There is also 1ms response time with high colour accuracy and HDR support. Like the other monitors, this one also features AMD FreeSync Premium and will be the first to feature TUV/Eyesafe certification.