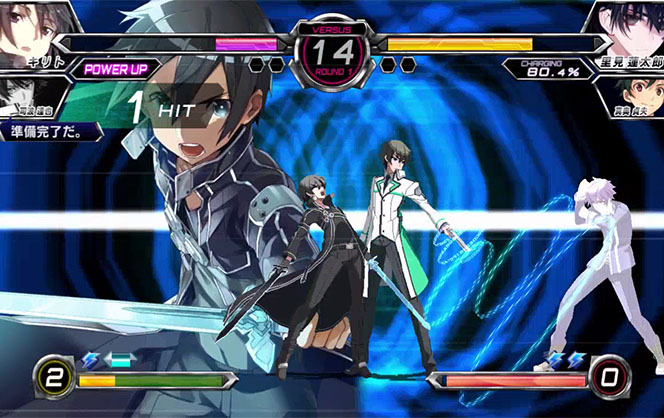 Sword Art Online and Durarara! fans rejoice! It looks like Dengeki Bunko: Fighting Climax, a fighting game based on the hit Dengeki Bunko lite novels, such as Sword Art Online and Durarara!, has been given a set release date for October 6th in North America, South America and Europe! As an added bonus, North and South American pre-ordered copies will include a Bonus Edition Soundtrack CD, featuring iconic SEGA composers such as Jun Senoue, Teruhiko Nakagawa, Naofumi Hataya, Kenichi Tokoi, and more! European copies will still include the soundtrack, but only as a digital download. This Dengeki Bunko-based title features a wide variety and collection of characters to choose from, all of which add to this fast-paced, 2D fighting game, all accompanied with easy-to-learn gameplay. It is during this gameplay that players can attack, block and take damage, allowing their characters to boost their Climax Meter and recreate iconic scenes from the original novels. In addition to the lineup of characters from Dengeki Bunko titles, players will also be given the option of playing as several beloved SEGA characters, as well as the option of battling in select SEGA-themed environments.