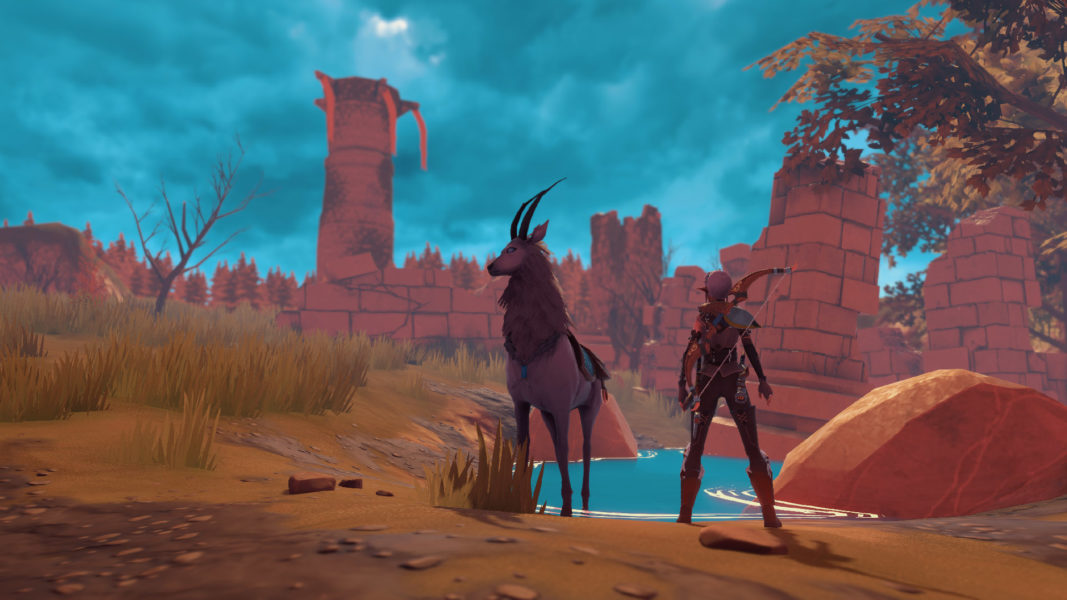 “We’ve got to do Gamescom and Pax West, and then we’ve got to take a vacation. Hopefully, a long vacation!” Ricardo Teixeira tells me over Skype.

Teixeira and his crew at Amplify Creations are definitely going to need a break after two major festival appearances, but that’s not the only reason. The four-person crew plus added sound technician are going to need a break because they’ve recently shipped their first official game as a studio, Decay of Logos.

Decay of Logos promises to be a challenging folklore-driven adventure that comes from the mind of André Constantino. “I had all these ideas, and I had started to do all these visuals,” Constantino chimes in as to where the grand project is rooted.

“The concept of Decay of Logos came from André’s prototypes. And we [Amplify] saw them, and saw a lot of potential,” Teixiera offers as praise. “There was also a certain amount of luck involved in this because André’s work came to us at a time when our work on middleware was taking off with game developers, so we were able to put time and resources into Decay of Logos.”

Watching the trailers for the game, I was struck by some of the enemy designs, as they seemed almost foreign to me. I asked Constantino about it, only to have him excitedly offer,”It’s a lot different than what you see with Western-made games and Japanese-made games because those games have enemies based on lore and popular culture from those places. I wanted to add some of our characters and our architecture from around Portugal.”

Editor’s note: Decay of Logos is still under a publication embargo, which Console Creatures is respecting. But we will have a full review and gameplay stream soon!