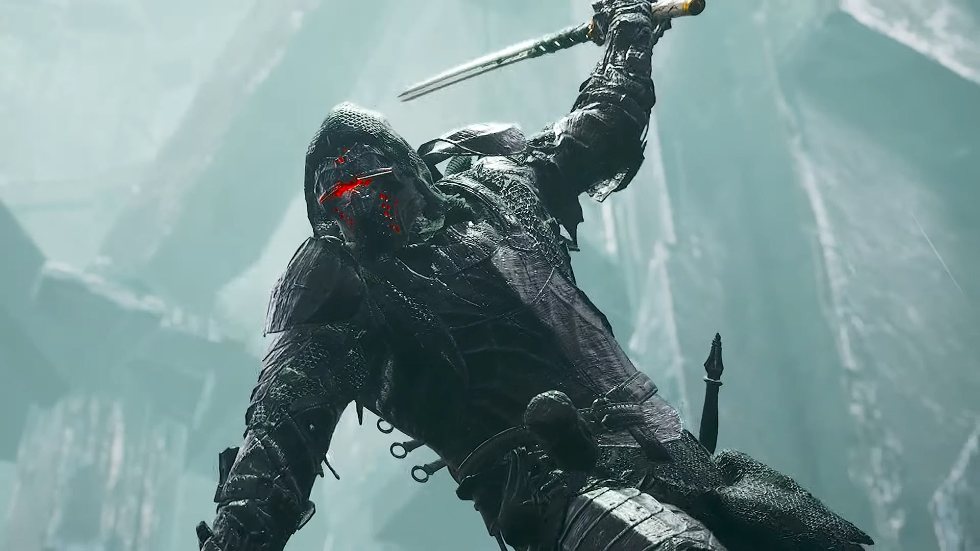 Another month, another set of monthly games for PlayStation Plus members.

This month there are three titles to add to your library. According to Adam Michel, Senior Manager of Game Services Content, SIE, “December’s PlayStation Plus lineup sees you battling through bright fantasy universes and grim worlds shattered by zealous foes. It asks you to play the hero or see yourself become the villain. You haven’t long to wait in deciding to lose yourself to the looter-slasher hybrid of Godfall, the careful combat of Mortal Shell, or play the bad guy in Lego DC Super-Villains.”

The first title for December is Godfall: Challenger Edition, the game “is a looter-slasher set in a bright fantasy universe filled with heroic knights and arcane magic. Embark on an adventure in a fantasy action RPG that utilizes high-impact third-person melee combat to engage players as they hunt for loot, don legendary armour sets and defeat vicious enemies.”

The Challenger Edition of the game adds three new modes Lightbringer, Dreamstones, and the Ascended Tower of Trials, each will test your skills as they are endgame-level content. Curiously, Sony has removed Godfall’s campaign from this offering, saying, “you’ll be immediately equipped with a spread of deadly weapons and skill points, letting you team up with up to two other players in co-op,” and “Challenger Edition’s endgame co-op is compatible with all upgraded editions of Godfall and supports cross-gen play.”

I’m not sure why the campaign was removed and it seems like a bad decision.

The next title is Lego DC Super-Villains, in which you’ll “Embark on an all-new DC Lego adventure by becoming the best villain the universe has seen. Players will create and play as an all-new super-villain throughout the game, unleashing mischievous antics and wreaking havoc in an action-packed story.”

The last title for December is Mortal Shell, which “is a ruthless and deep single-player action RPG that tests your sanity and resilience in a shattered world. As the remains of humanity wither and rot, zealous foes fester in the ruins.”

As a bonus to celebrate PS VR’s 5th anniversary, you can add The Persistence, The Walking Dead: Saints & Sinners and Until You Fall to your library.

December’s PlayStation Plus titles will be available from December 7th until January 3rd. And you only have until December 6th to claim November’s titles which include Knockout City, First Class Trouble and Kingdoms of Amalur: Re-Reckoning.