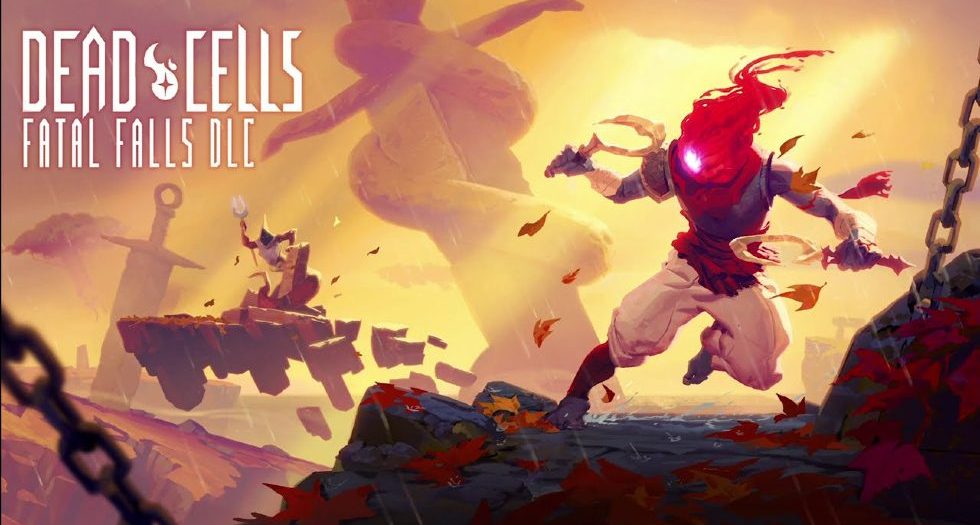 Dead Cells will not stay dead – and for good reason, the game from Motion Twin is still an excellent game that’s continually delivering interesting content. Take, for example, Fatal Falls, the newest paid downloadable content which is set to launch on January 26, 2021.

The newest piece of content promises “wickedly deadly new enemies, slick new weapons and two entirely new biomes.”These biomes are considered mid-game levels -The Fractured Shrines and The Undying Shores respectively,  as well as a cranky new boss – The Scarecrow, who existing fans may recognize as the Royal Gardener gone wrong with Malaise. New enemies include the Myopic Crow, the Clumsy Swordsman, the Compulsive Gravedigger and a lot more culminating with the final boss, The Scarecrow.

Fatal Falls’ new maniacal sword is designed to bring Brutality players a real counterpart to the Great Owl and Mushroom Boi. Scythes are now available, too – they are attracted to enemies and will follow you around a bit. Lastly, you can use Lightning Rods, Ferryman’s Lantern, Scarecrow’s Sickles, Iron Staff, Snake Fangs, Serenade and Cocoon.

Developers working on Dead Cells 22nd major update since launching back in Early Access in 2017 want to celebrate the milestone by launching a new bundle that knocks off 33% off the Dead Cells: Fatal Seed Bundle and retails for roughly $25 CAD. If you want the base game it’s also available for roughly $17 dollars and lastly, if you just want The Bad Seed, it’s on sale for $5 dollars CAD.