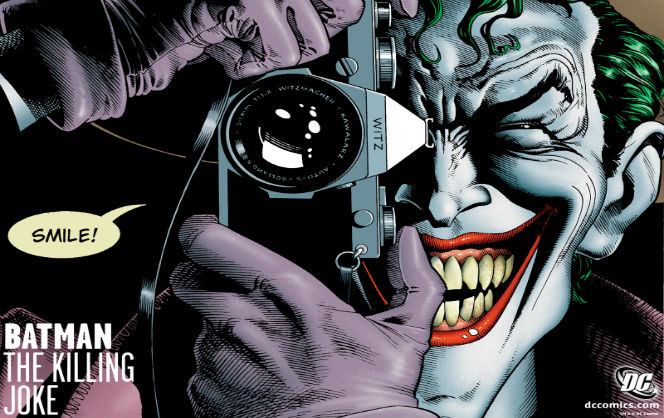 From the brilliant minds of Alan Moore and Brian Bolland came the classic story of the Killing Joke. An animated adaptation based on the book is releasing this summer and a featurette has already made its way online.

Topics discussed in the featurette include: the difficulties of animated such iconic work, adding a prologue to the film, and getting away with a PG-13 rating.

The Killing Joker (1988) paints a picture of a very quiet, unnamed engineer who quits his job to become a comedian. A series of terrible events lead to him being caught up in a robbery that goes wrong and ends up with him becoming the Joker. In present day the Joker is very much a threat and has kidnapped the Commissioner leading to the face-off between the Joker and Batman.

Kevin Conroy is returning as Batman, along with Tara Strong as Batgirl and none other than Mark Hamill as The Joker. Ray Wise also lends his voice to the film as Police Commissioner Gordon.