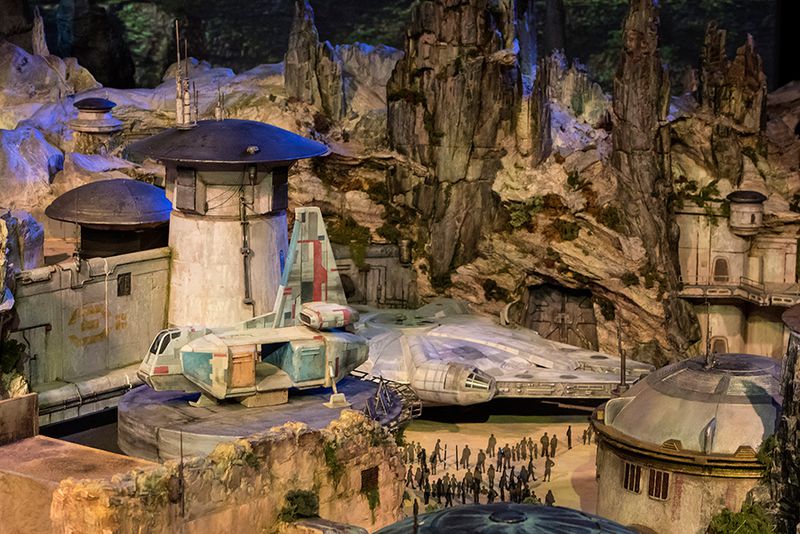 Since the announcement of Star Wars Land two years ago fans are finally getting their first look as Disney revealed a model for the park.

To help build the hype for the official Disney convention, D23, the company released on the Disney Parks Youtube channel a video that gives fans a very brief look at hat they are hoping to build. Despite the video only being 26 seconds long we see get a good look at the park that, according to the company, is inspired by a new planet to the Star Wars universe. Since the video is short and Disney hasn’t put out much information about the park, it’s proably a good guess that we will learn more will be revealed during D23.

We do know that the attraction will stretch throughout 14 acres, and Disney plans to open Star Wars Land in California at Disney’s Hollywood Studio and Orlando at Disney World.