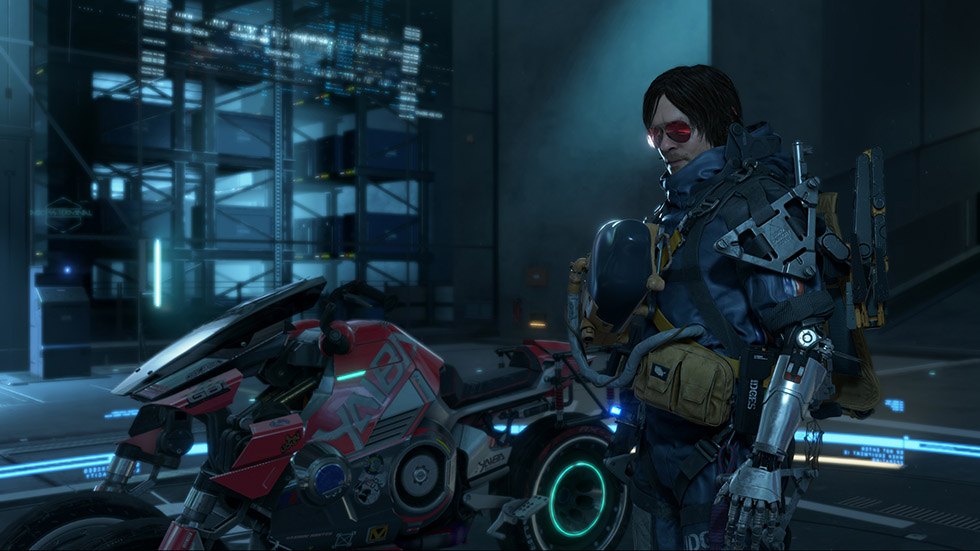 With the launch of Cyberpunk 2077 last week, and the fact we know Hideo Kojima has a cameo in the game, it only makes sense that we’d see crossover content come to Kojima Productions’ Death Stranding. 505 Games announced the content and confirmed it would be made available today, making it an exclusive catch for the PC version.

In game version 1.05, there are now several unlockables available to use and add to Sam Bridges’ inventory. The first is a Cyberpunk 2077 themed Reverse Trike that will help you get around and deliver packages. The coolest addition is Johnny’s arm that can be used in the game and resembles the same arm used by Johnny Silverhand. New holograms and a “Trauma Team” floating vehicle hologram for certain constructions and new fashion items including Johnny’s sunglasses.

And to really make things Cyberpunk, Sam can now hack via the Hacking function. He can target enemy machines and apply negative effects to Mules. An example is allowing the player to stop the Mule sensor pole from activating, stun Odradeks, and even prevent Mule trucks from following you.

Death Stranding is on sale now.