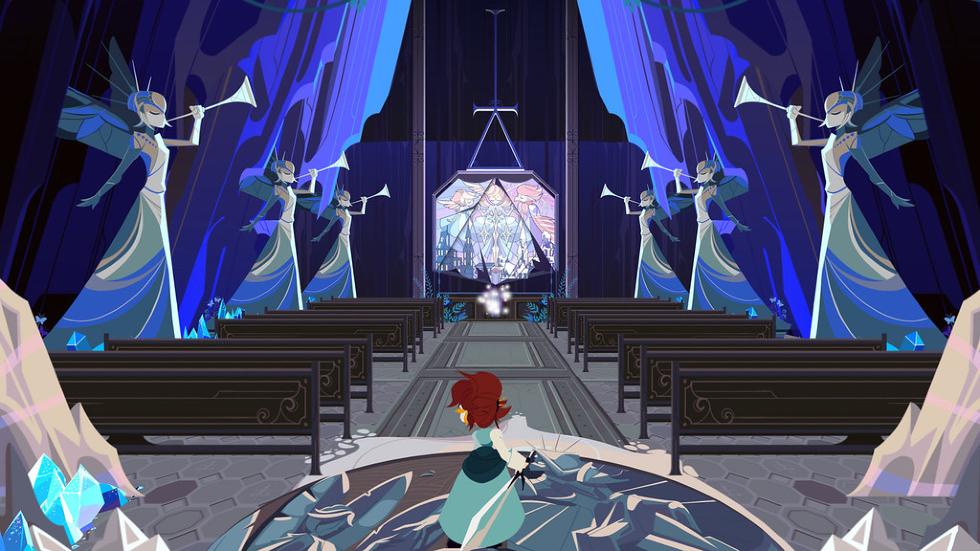 I’ve played the Cris Tales demo three times since it arrived in June. I’ve been blown away by the art from Dreams Uncorporated and SYCK, the two developer houses working on the Colombian JRPG. So, when news of a console demo was revealed, I knew I would dive in again.

Cris Tales will let you experience past, present and future both in and out of the game’s turn-based combat – and to sometimes remarkable results. In combat, you’ll be able to push your enemies into the past or future to see another version of them and to alter their powers. Play around a little bit with status effects, and you might find some interesting results!

The demo is the same I played on PC. It introduces the player to Crisbell, the protagonist of the game, and reveals how she receives her ability to manipulate past, present, and future to save the world. You’ll also meet Matias, Cristopher, and Willhelm, three of her companions along for the ride.

Also, a part of the demo is a look at the game’s Colosseum mode, in which players will work with party-member Wilhelm to take on eight waves of battles that will increase in difficulty every round, ending in a mini-boss fight and giving players a small glimpse of the full mode they’ll encounter at launch.